A stable and predictable legal framework and an even playing field for all the players along with more transparency in public spending top the wish-list of business leaders in Slovakia. But the country’s strategic location, talent pool and eurozone membership are what keeps investors coming. The Slovak Spectator spoke to Pavol Varga, general manager at Dell Austria & Slovakia; Oszkár Világi, CEO of Slovnaft; Eek-Hee Lee, CEO of Kia Motors Slovakia; and Michele Bologna, Slovenské Elektrárne’s director of external relations, about challenges they face in their sectors as well as the business environment’s overall quality. 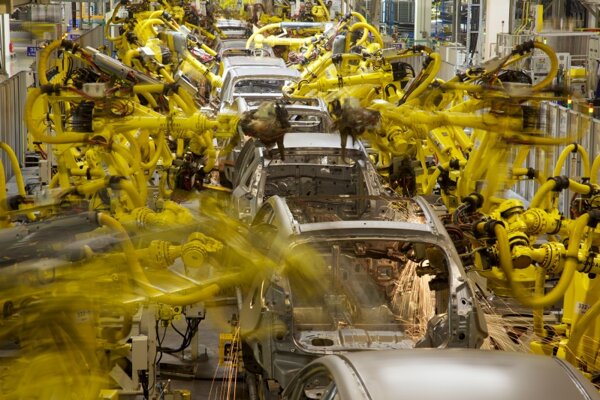 The Slovak Spectator (TSS): Has the business environment changed over the past three years and if so how? What improvements could be made?

Pavol Varga (PV): From our experience, customers are still dealing with restricted budgets and as a result are trying to reduce their costs. In addition, EU funding for projects impacts the competitive environment in a negative and non-transparent way.

Eek-Hee Lee (EHL): After 10 years of Kia Motors in Slovakia, I have noticed several changes, especially during the past three years. Every new investor who plans to enter a new market and build a new plant has to consider several aspects even before entering it. If the state decides to allot land to a new investor in the form of tax relief, the plots should have been settled with original owners in advance. In this sphere, the Czech Republic and Poland offer better conditions. Also some changes in the Labour Code were made which are not very favourable to the employers. They include, for example, enhancing higher level collective agreements, amending the code concerning agency employees and strengthening the position of labour unions. In spite of the corporate tax dropping from 23 to 22 percent in January, the rate is still high compared to other countries in this region.

Oszkár Világi (OV): Frequent and considerable changes in tax and payroll tax as well as labour legislation generally do not contribute to a stable business environment. Thus, companies may hesitate and delay investments or hiring new employees. We perceive as equally destructive the passing of various European legislation and burdens to the production sector which brings higher costs for the firms, but no profit. I also consider problematic the high prices of electric power and also the way various exceptions or supports for some chosen industries or even businesses are allocated. On one hand in Slovakia, but also in other EU countries, we can see more domestic regulation and more competition from other corners of the world, but on the other hand, there is the shrinking market with oil products which is, moreover, sometimes over-sensitive towards the prices of oil products.

Michele Bologna (MB): A stable and predictable legal framework and level playing field is a must, in our view, for any strategic investment. We see a certain space for improvement in this area.

TSS: What are the major challenges that business players face in your segment?
PV: As an international IT vendor we are playing on a very competitive market. Customers’ budgets are tight just as they were last year, while price competition has increased, especially for commodity products. Moreover, transparency in public spending has yet to improve.

EHL: Currently, the situation on the automotive market is not very favourable. Due to the worsening economic situation in Russia and weakening rouble, our company, too, has started seeing lower interest from Russian clients. Despite this, we currently still fully use the capacity of the plant and we have been fulfilling this year’s production plan continuously. This year, we plan again to produce 300,000 cars for European clients.

OV: A new division emerged on the global markets, where the United States became along with Russia and Saudi Arabia, one of the world’s largest crude oil producers. Nevertheless, the United States also thanks to the cheaper natural gas and electricity has become an extraordinarily effective producer of final crude oil product and they fundamentally limited their exports from Europe. In Asia and the Middle East, modern, large and sometimes government-supported refineries are able to get their production to European harbours for negligible costs, which also put pressure on the European producers. Within the last six years, the demand for oil products has decreased about one-sixth. All these factors, together with expensive energy inputs in Europe and growing environmental demands towards refineries by the EU bodies and governments have resulted in the fact that about 15 refineries ended their activities and this trend will probably continue.

MB: The power industry in all of Europe stands at a point of change – from the old world, which could be described as relatively stable, predictable and with technological continuity, there is a massive shift to innovative solutions, mainly in the field of energy efficiency without continuity of investments, with price instability, changing client behaviour, climate change policies and security of supply issues. It is a stormy period which has its origin in the global economic crisis and specific European regulatory policies. Power prices in Europe are unsustainable for justifying any new investments, except for renewables and other sources which are promoted via incentives. I am convinced that European institutions have to intervene to fix these market distortions. For example, there is a discussion about restoring the regulation of capacity payments.

TSS: Would you pick Slovakia once again as an investment destination, why or why not? What are the advantages Slovakia maintains compared to other countries in the region?

PV: Over the years we have evolved from a low cost near-shore call centre to a global competence centre; thus our success depends on quality talent we can hire at competitive costs. We also continue to see space for growth of our Dell Global Business Centre in Bratislava.

EHL: The Slovak Republic lies in the heart of Europe. Thanks to its advantageous geographic location, we can distribute cars to both eastern and western Europe. Other advantages include qualified labour; the reason why many foreign investors have come to Slovakia and which should be the key factor for every company. The existing network of suppliers and subcontractors helps Slovakia to stay in the position of a country attractive for new investors. I perceive as a positive change a quicker proceeding in the construction of highways in Žilina Region, as well as the support for dual education. However, these are issues that should have been addressed long ago.

OV: Slovnaft belongs, with its average annual investments of almost €130 million in the last 10 years, among the biggest domestic investors in Slovakia. We have been the second largest company in Slovakia, permanently one of the three biggest exporters, but we have never received any relevant financial aid like other firms. So far, we have always proved that it is possible, and worthwhile to invest in Slovakia, although it is evident that our country has been gradually losing its outer competitiveness. We currently perceive eurozone membership as the only strong competitive advantage for Slovakia against other CEE countries. From the point of view of our plans, these are long-term and we are not going to leave.

MB: The first question is speculation, so I would rather answer to the second one. The important advantage of Slovakia, besides the euro currency, is solid economic growth that in the near future should be stimulated also by a substantial increase in domestic demand rather than relying so heavily on exports to compensate for economic stagnation in the eurozone. For our sector: a well-educated and competent labour force, a strong tradition in technical fields and a network of qualified suppliers are key factors. That’s why we are investing in new projects in Slovakia, of which for sure Mochovce, giving jobs to almost 10,000 people, is the most important.