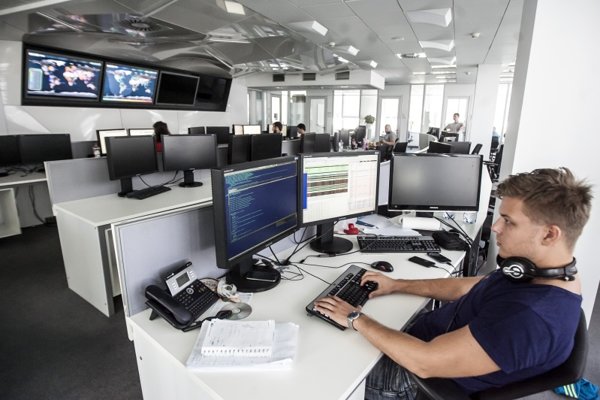 Slovakia got the fourth telecommunications operator. Due to the investment of €50 million, Swan expects to gain 500,000 clients within two years.

Korean company Daejung, which produces plastic components for the automotive industry, will be the first investor in an industrial park in Nová Dubnica, Trenčín Region. The company will employ 70 to 100 people.

All three plants of the international carmakering companies in Slovakia are to launch new models in 2014. The automotive industry, which is a driving force of the Slovak economy, will slightly lose steam after four years and will produce fewer cars (around 950,000) than in 2013 (more than 980,000).

A subsidiary of the Spanish company Cortizo plans to build a new plant in Nová Baňa. Its investment of €8.5 million is to open some 120 jobs, mostly blue-collar.

The INA Skalica and INA Kysuce engineering plants in Slovakia operated by the German group Schaeffler should give jobs to 1,000 people over the course of three years. The company will mostly seek engineering experts, but some 200 people will find jobs in research and development. The investments in manufacture of new products will amount to €210 million.

Embraco Slovakia will build a new technology centre in Spišská Nová Ves that will give jobs to 20 experts. Company will spend $2.43 million on it in 2014.

German automaker Volkswagen will move the complete production of its Porsche SUV Cayenne to Slovakia by the end of 2017. Until now, only parts of the car were produced in Slovakia and the final assembly would take place in Germany. Cayenne is the best-selling model of Porsche. Slovakia also competes for production of Urus, the first SUV from Lamborghini.

The US company Pall Corporation, which makes filters for air conditioners and water treatment, will relocate part of its production from the UK to Slovakia, near Nitra. The first phase of the project will give job to 80 people.

Swiss producer of concrete, Holcim, will establish a new centre of shared services in Košice and employ about 200 people. The centre will manage accounting, sales support and personnel agenda for four European countries, and later also for other branches all throughout Europe.

The company Mevis Slovakia, which also makes components for the automotive industry, plans to build a production plant in Šamorín for €12 million. The new factory should give jobs to 250 people.

US supplier of automotive firms, Johnson Controls, will expand its production in Námestovo and create nearly 570 new jobs. The company will invest a total of €7 million, and will start to expand in 2014.

The US company Donaldson plans to open a warehouse for the entire Europe in the industrial park in Lozorno. The international supplier of filtration systems to truckmaking brands such as John Deer or Volvo could give work to some 100 people.

The state confirmed its plan to sell its 49-percent stake in Slovak Telekom. The FinMin announced it officially for the first time in outcomes of the state budget with expected revenues of €1 billion.

The company UJP Praha, the producer of radiation sources used in the treatment of cancer or in nuclear power plants, is heading to Slovakia. The firm plans to build a new hall in Dubnica nad Váhom and employ 250 people. The value of the investment should reach €55 million.

The Martinrea Slovakia Fluid Systems firm with Canadian capital is expanding in Svätý Jur. It plans to create over 100 new jobs by the end of the year 2014. In 2015, it will thus have 300 people on its payroll.

Korea Fuel-Tech company, which specialises in producing plastic components for cars, will build a new plant in Rajec, Žilina Region. It will invest some €8 million and create 120 new jobs in 2014. The number of jobs should double in the following two years.

Swiss company AAE became a winner of privatisation of Cargo Wagon, the state-run railway freight carrier. The Swiss firm neither offered the best price, nor the best conditions. It was, however, the only bidder in the final stage to meet all conditions of privatisation.

The completion of the Mochovce nuclear power plant that represents the biggest private investment in the history of Slovakia will be delayed. Though the project was to be launched in 2014 and 2015, the deadline of its finishing has been postponed to the end of 2016. Slovenské Elektrárne that secures the completion of two new reactors turned to the Nuclear Regulatory Authority with the request.

The cabinet okayed investment assistance for a number of companies operating in Slovakia, including Košice-based Holcim Business Services, Hydac Electronic from Tvrdošín, Trenčín-based Leoni Slovakia, Slovaktual from Pravenec and Treves Slovakia from Veľká Lomnica. The approved investment incentives total €9.4 million. The firms should launch new production and create hundreds of jobs in their regions.

A couple of new investors are heading to the eastern Slovak town of Košice, the Vietnamese FPT Software, Ukrainian IT company Miratech, and the American GlobalLogic. There should be new jobs for about 500 people after their arrival, mainly IT developers.

The number of foreign investors has increased to its highest number since the outbreak of the crisis in 2009. All together, 15 companies will invest €100 million and open 2,500 jobs. Compared with the first half of the year 2013, the Slovak Investment and Trade Development Agency (SARIO) had confirmed only eight projects that will employ 1,800 people.

Italy’s largest energy company, Enel, has appointed Deutsche Bank and BNP Paribas to advise it on the sale of its 66-percent stake in the Slovak power utility Slovenské Elektrárne.

The company Oerlikon Balzers Coating AG from Liechtenstein will establish a new plant in the industrial park Veľká Ida. The firm wants to build a plant on an area of 25,000 square metres. It is to focus on the surface modification of products for automotive industry using plasma. The firm plans to invest €25 million. About 150 people will be able to find jobs in the plant.

Two Korean firms (Mobis and Hyundai Dymos) will build a brand new plant in Slovakia, expand production and open up over 350 jobs all together.

The Hyunnam SK company part of the Korean Youngsan Glonet Corporation will invest €12 million in building a new plant for plastic castings for the automotive industry in Krásno nad Kysucou in the Žilina Region. The investor will create 250 new jobs in the first phase of the project, and another 500 jobs during the second phase.

Apart from Howe Slovakia, which is to open 600 jobs in Košice, the company Airberlin technik Slovakia is also gradually creating 400 new jobs there. The investment cost is projected at €10-20 million.

China South Rail Group and its subsidiary Zhuzhou Times New Material Technology plan to build a new production hall, warehouses, and offices in Trnava. The investment should provide jobs for at least 400 people, while the expansion of research and development activities will require further dozens of new jobs.

Steelmaker ArcelorMittal Gonvarri SSC Slovakia officially launched two new production lines in its factory in Senica. In 2014, the company plans to produce and supply 265,000 tonnes of steel and aluminium products.

The Dutch company Yssel plans to invest €30 million in a new plant in the village of Obid near Štúrovo. It will make concrete panels for the building sector. The factory should create 300 jobs, half of them within a year.

Top US pharmaceutical company ConvaTec will invest about €10.5 million and hire 300 new employees in the eastern Slovak town of Michalovce where it already has a plant, Unomedical. Recruitment of the new workforce will start in 2015.

The shared services centre of Deutsche Telekom in Bratislava will add 150 new jobs. The company already employs some 350 people in the Slovak capital.

Bratislava-based carmaker Volkswagen (VW) has confirmed it will produce bodywork for luxurious Bentley cars and opened a new tool plant in Stupava where it invested €4 million. A technology centre for production and development of equipment and tools was also established there.

A new shopping centre in Bratislava, Bory Mall, with the price tag at €150 million located between Bratislava’s Lamač borough and Devínska Nová Ves, was open on November 13, 2014.