While the high vacancy rate exceeding 10 percent on the office market is not an inspiration for developers to build speculatively, the volume of transactions in 2014 is encouraging. The activity on the market was propelled by relocations of large international companies into new office buildings: this raises the question of the future usage of empty offices. 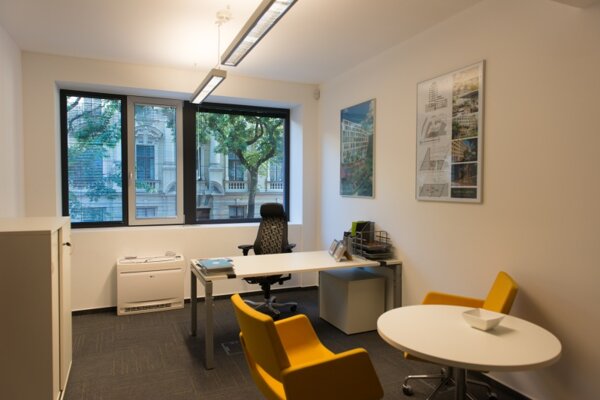 While the high vacancy rate exceeding 10 percent on the office market is not an inspiration for developers to build speculatively, the volume of transactions in 2014 is encouraging. The activity on the market was propelled by relocations of large international companies into new office buildings: this raises the question of the future usage of empty offices.

“Vacancy rates over the past two years varied between 13-15 percent, which did not encourage developers to start new speculative development, especially as some of the key landlords have been marketing their vacant space for long periods,” Andrew Thompson, managing partner and the head of Office Agency at Cushman & Wakefield Slovakia (C&W Slovakia), told The Slovak Spectator.

Dalibor Surový, head of office agency and tenant representation at Jones Lang LaSalle Slovakia (JLL) added that the market has currently a problem to absorb new supplies because it can cover them only by relocation of existing tenants.

“This ongoing trend can sharpen even more the fight of renters for each tenant and bring an unhealthy level of rents,” said Surový.

Oliver Galata, the head of the office agency at CBRE in Slovakia specified that the new supply in Bratislava by the end of 2014 should be about 41,250 square metres, which is 50 percent less than the seven-year average of 91,800 square metres.

Ján Bryndza, office negotiator at C&W Slovakia, specified for The Slovak Spectator that contrary to previous years, they see low new supply limited to only several smaller buildings like Business Garden Štefánikova, which is 4,500 square metres. For the year 2014, there is only one new major office complex – Westend Gate by J&T Real Estate of 34,000 square metres, out of which is 60 percent is pre-leased to IBM, with completion scheduled in November.

“As in most of the other businesses, the demand is one of the major drivers which is then reflected in real estate influences rent levels and potential profits, motivating developers for new construction,” Bryndza told The Slovak Spectator.

Nevertheless, Thompson sees the increased activity of 2014 as promising.

“Although there are limited new entrants, the re-commitment of Dell and Mondelez to this market is encouraging,” Thompson said.

“But very important not only for the real estate business are new entries and expansions,” said Bryndza, citing the expansion of Mondelez International by more than 5,000 square metres.

Surový sees it as important to pay attention to real usage of older office buildings, which after the departure of the main tenant remain mostly empty.

“These negatively affect the whole market, increase the vacancy rate and cause swings or drops in rents,” said Surový. “Today nothing indicates that demand on the Bratislava market will fill in empty buildings during the next two years.”

Thompson still thinks that Bratislava needs to work harder to market and position Bratislava to attract shared service centres in competition with other centres in the region such as Krakow, Brno and Budapest.

In terms of the latest trends, Bryndza said that they see more business confidence which transforms into the ability to make commitments and longer-term decisions.

“This is even seen even more in western Europe where the major markets have picked up and we believe to see results of that also in central and eastern Europe and Slovakia,” said Bryndza. “The situation in Ukraine and its effects in the short to medium term is a question mark.”

According to Surový, rentals are in most cases the most decisive factor in Slovakia while developers offer their clients the chance to decide on implementation of new technologies for higher rents. In this respect he said that abroad, where wages are bigger, the trend is to offer to people working in offices the best environment possible to make them feel well and spend more time at work. This is also why requirements and preferences for employees play an increasing role in decisions of employers when choosing a new office.

C&W Slovakia expects the vacancy at the end of 2014 to remain below 15 percent and to keep steady in 2015 even with some larger occupiers relocating to brand new builds leaving second hand space vacant (Polus Towers).

“We expect take-up for the year 2014 to reach 200,000 square metres, one of the highest levels in several years due to moves and re-negotiations of several largest shared service centres,” said Bryndza. “Rental levels will remain flat in 2014 and early 2015; while there are some new market entrants, demand remains weak.”

Delivery of new projects scheduled for 2015 includes the speculative office Twin City – the first two buildings which are under construction together with the pre-leased/pre-sold projects (Zuckermandel and Panorama Business Centre), according to Bryndza.

CBRE, which estimated the total area of modern office space in Bratislava at about 1.5 million square metres, expects a new supply of 200,000 square metres by 2017 what will increase the whole stock by 14 percent.