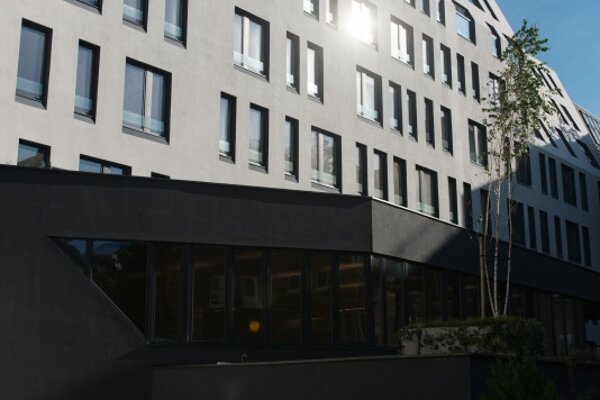 The Slovak Spectator (TSS): What factors have had the most significant impact on Slovakia’s real estate market in 2014?

Andrew Thompson (AT): The real estate market is driven by economic fundamentals. The recently improved economic, consumer and business confidence have therefore had a positive impact although more tangible results are likely to be more evident in 2015. The continued GDP growth and the reduction in unemployment is starting to have an impact on all sectors, especially on office decisions which have been dormant for some years, more significant impacts will be visible in 2015. Industry performed well again, based on strong investment and industrial outputs. The increase in consumer spending and retail sales is continuing to positively impact real estate performance in the retail sector and this will be more pronounced in 2015.

On the negative side, the other forces that drive real estate are connected with supply and demand. These forces, which have dampened the impact of the positive economic impacts expressed above, include: perceived weaker skilled labour availability compared to some other markets which have restricted the growth of the shared services centre market versus competition especially among regional centres in Poland, the Czech Republic, Hungary and Romania. The overhang of vacancy in offices and an abundance of industrial development opportunities have driven the market to unprecedented incentive packages for the benefit of occupiers. Oversupply in some retail markets during a time when there has been negative consumer spending continued.

Many of these supply and demand imbalances are being corrected during 2014 with positive impacts expected to become more noticeable in 2015 and 2016.

Ermanno Boeris (EB): Year 2014 started with strong investment activity in office space and logistics. We also expect few other cross-border transactions to affect Slovakia. The investment market would still be dominated by local investors. Office transactions in the first half of this year recorded high pre-lease activity with changes in ranking, and local developers are becoming stronger.

Miroslav Barnáš (MB): The Slovak real estate market is notably influenced by large European portfolio deals, new entries and an increased appetite of key local private investors. It is benefiting from strengthening market confidence throughout European capital markets as investors are becoming more bullish and typical CEE core markets such as Poland or the Czech Republic are becoming too “crowded”. Different styles of quantitative easing boosted availability of financing which is resulting in outreaching investment transaction volumes, compared to the previous year.

Kamil Baďo (KB): The positive aspect is the revived consumer demand for new housing. The availability of cheap loans and 100 percent mortgages have revived the housing sector and relatively broad housing construction started. The state has also re-launched construction of highway sections, which will help to use free capacities of large firms. However, problems of the two largest construction companies Váhostav and Doprastav will impact the construction market in 2014. Their insolvency had negative impacts on their sub-suppliers, while the scale of these impacts will be obvious in the beginning of 2015 after the restructuring processes are over.

Marián Mlynárik (MM): The main factors that influenced the Slovak real estate market in 2014 were mainly the growing appetite of investors, new sources of capital and higher liquidity. The lack of supply of truly prime product put pressure on prime yield levels, low interest rates and more challenging conditions for financing from external banks. There is a greater influence of local capital both from high net worth individuals, a small number of larger investors and local funds who we expect to raise more capital off the back of a more established track record.

TSS: Are there any new trends emerging compared to the previous years? If so, are these trends specific to Slovakia or shared by the whole region?

AT: There has been a general trend towards pre-leasing rather than speculative development across all sectors but especially industrial and office space. This is not a factor in Prague or Warsaw, or other regional Polish cities, where substantial speculative development is on-going. This is actually a good thing for the Slovak market for landlords, as there is still some vacancy in offices at 13.1 percent although we do expect this to reduce over the next 12 months, and the retail market needs to improve before significant speculative construction takes place. On the negative side, there is less stock for bigger tenants to choose from, and so decision-making becomes more complex if pre-leases must be considered for relocation or expansions.

In the office sector, ideas that have been discussed in terms of how people actually want to work will become increasingly implemented in the workplace. This has potential implications for developers, tenants, banks and investors, as buildings offering “standard turnkey” solutions for occupiers will no longer work in many cases. Tenants will need to offer a workplace that suits their employees’ working habits. I also hope that smaller office buildings, more suited to the occupier and investor base in Slovakia will be constructed in the future.

In the hotels sector, Bratislava is in danger of losing its way as a conference destination with even fewer large (overnight) conference events being held here this year and again in 2015. This is a pity. Bratislava has better potential for these conferences which could really support the hotel business, but the city has to work harder with hoteliers to get this right and to compete against Vienna, Budapest and Prague.

EB: Trends shared by the whole region are as follows: In the office segment, landlords invest into new interesting designs. There is strong demand for fancy office premises. In retail, former department stores or shopping centres are refurbishing, expanding and tenants are mixed. In Slovak retail, we are witnessing growing interest of well-known retail brands in expansion to smaller cities with approximately 30,000 inhabitants.

MB: We definitely see more platform and portfolio deals. This wasn’t the case two years ago when investors were too cautious about the region. As a result of increased investment activity in the CEE region, stronger demand has put pressure on transaction yields. This resulted in a 25 basis point decrease in prime industrial yield to 8.25 percent, which in effect enhanced the value of prime industrial assets. Prime office and retail yields have remained so far stable at 7 percent and 6.75 percent respectively, however prime yields of all asset classes have certain space to decrease, mainly when compared to Poland and the Czech Republic.

KB: The developers finally started showing interest in the end customer. They started listening to the demand of the market and they are adjusting their projects to this situation. They expect from the construction suppliers the highest achievable quality. Environmental proceedings of construction and operation still remain the trend. Nevertheless, developers are rather negative about the legislation to cut energy consumption of buildings while the validity of the legislation is approaching fast thus increasing construction costs. These increased costs, however, are almost impossible to incorporate into the retail prices.

MM: There are more portfolio deals on the market within the CEE region, including Slovak assets.

TSS: Do you expect any significant changes on the market in 2015 and what factors will influence the development?

AT: In terms of development, currently there is only one large office scheme under construction and due for completion next year, 15,000 square metres at Twin City. I think that we will start to hear more positive noises about new speculative development in office and industrial space although I would not expect actual starts on-site until late 2015 or early 2016 for both sectors, and hence this new product won’t be delivered until 2016 for industrial and 2017 for offices.

I think that the trend for more investment by local and international investors into real estate will continue, especially in retail and industrial. Real estate looks like a good buy when compared with bonds or even general interest rates. There is much more activity in the region from both local and international investors. In my view, Warsaw is overheated in the office sector which already is encouraging some of these European and other investors, seeking yield returns, to look, in some cases for the first time, at investing in Slovak real estate.

It’s a surprise to me that we still lack regulation in offices in Slovakia in the area of environmental performance control. In a recent survey by the Bratislava Research Forum, of which C&W was a founder member, almost 25 percent of all office buildings in Bratislava do not yet have an Energy Performance Certificate, something that is actually required by European law.

EB: In the office segment we expect “resurrection” of postponed projects that will lead to higher vacancy. The natural outcome of this situation will be conversion from “office” space into another purpose for example residential housing.

MB: It will be interesting to observe the market reaction to the clash of existing versus new development offers of office space, which should culminate towards the end of 2015. We are also of an opinion that the investment market and transaction volumes should continue to be strong. For all asset classes, office, industrial, retail, investors and financing banks do not want to expose themselves to speculative developments. Therefore, despite the available funding, the main trigger is low levels of net absorption.

New leases are mainly driven by relocations, expansions or renegotiations and the lack of new tenants coming to the market is apparent. The Bratislava market is already saturated with its 325 square metres of city offices per 100 city dwellers, 118 square metres of retail space and 180 square metres of industrial and warehousing premises. When compared to other CEE capitals, it surpasses Budapest by 80 percent in offices, by 170 percent in retail, and both, Warsaw and Prague by 20 percent in industrial stock per capita.

KB: In 2015, I expect an increase of construction works mainly as a result of the lack of quality construction firms. We already sense a lack of capacities for some of the works. By the start of the large projects such as Zuckermandel, Pri Mýte or Twin City this lack will further deepen. In 2015 we also expect that small suppliers will lose their illusions. After they lose their money during the restructuring of Váhostav and Doprastav, they will become very cautious and they will be keen on the financial discipline of investors. It seems that the era of advance payment is again knocking on the door.

MM: We expect increased activity of core international investors buying quality assets, a number of significant transactions on Slovak market, an improving confidence and growth outlook, a wider range of investment structures will be re-appearing. Positive investment sentiment and increased investment activity have already been noted in western European markets and we expect to see this trend in Slovakia within the next few months.