RECENTLY, news of existential problems at the Brusno spa appeared in media. It can be only hoped that this spa, almost 200 years old, in which ailments of the pancreas, liver, as well as digestive system are treated, will not cease to exist. The spa is also known for being the only one exporting its mineral water to Russia. 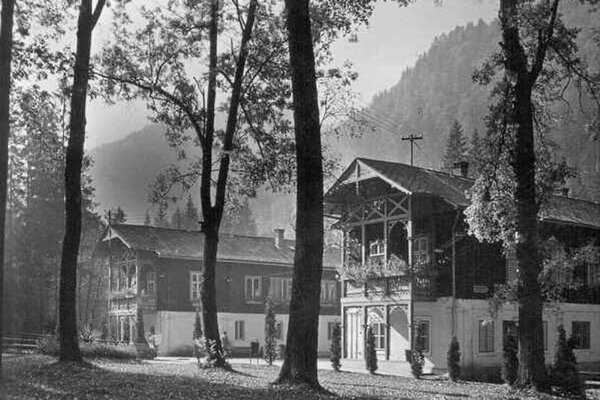 People have known local springs for thousands of years, and they have also used them; lumberjacks, miners and also charcoal-burners are known to have been walking to the forest across the valley of the Brusnianka brook along the healing springs. For sure they drank water from them, or bathed in them.

The first bath-house started to be built here in 1834. Guests used it until 1859 when it burnt down. However, it was quickly repaired – in 1861. The big guest boom of the Brusno spa came during the first Czechoslovak Repu-blic when the three one-storey buildings with 150 rooms used to be full.

In this postcard from 1963, we see these original buildings with nice wooden facades, typical for bath and hotel buildings mainly in the mountain areas.