Slovakia is still attempting to tap the money it was eligible to receive from the European Union for the years 2007-2013. Though it was granted an exception from the European Commission to extend the deadline for using the funds by the end of 2015, it still has some 40 percent of more than €11.6 billion allocated for this term at its disposal. Moreover, the country needs to start drawing the new funds that total more than €15.6 billion. 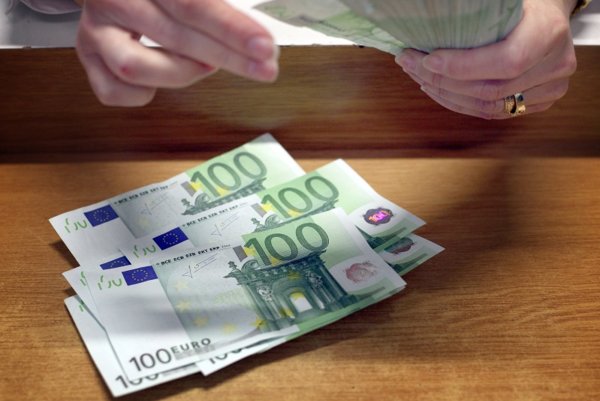 Slovakia is still attempting to tap the money it was eligible to receive from the European Union for the years 2007-2013. Though it was granted an exception from the European Commission to extend the deadline for using the funds by the end of 2015, it still has some 40 percent of more than €11.6 billion allocated for this term at its disposal. Moreover, the country needs to start drawing the new funds that total more than €15.6 billion.

In addition to the approaching deadline, the country still faces the danger it will not receive all contracted funds because of mistakes in the projects. Observers note that ongoing corrections to the projects may also impact Slovakia’s ability to draw the remaining funds.

More people to work with funds

Based on the law on providing money from EU structural and investment funds, which President Andrej Kiska signed on October 10, the main administrator of the funds will be the Government Office. The Agriculture Ministry will be a co-administrator responsible for agricultural funds, while the Finance Ministry as a co-administrator will oversee financial management and the governmental audit.

Meanwhile, the government agreed at its October 15 session that it will be necessary to increase the number of employees working with EU funds by 747 people by 2016, due to the parallel implementation of two programming periods.

“Thus it is necessary to boost administrative capacities, at least in the transitory period, until the end of 2016,” Vážny’s office told the TASR newswire.

At present, 1,827 state workers are involved with administering European Funds, with the analysis calling for 747 more staff. Vážny’s office, however, stressed that the numbers are only an estimate and the final decision lies with specific ministries and state bodies.

Exception by the EU

The European Parliament (EP) approved an exemption for Slovakia and Romania that made it possible for them, unlike other EU countries, to draw EU funds over three years instead of two. According to the ‘n+3’ rule that applies to all states in the 2014-2020 programming period, projects financed by EU funds are required to be contracted, completed, implemented and reimbursed within a maximum of three years following funding approval, TASR reported in November 2013.

By September 2014, Slovakia used all together €6.792 billion allocated for the previous programming period (after deducting the corrections), which is 58.46 percent of the total possible amount. The country still has to use at least €108.42 million by the end of 2014, the SITA newswire reported.

Lucia Solomon, country manager of PNO SK consulting company, considers Operational Programme (OP) Health to be one of the most successful in terms of drawing the funds. The main reason was the low amount of money – only €250 million – allocated for the programme. Similarly successful was the Regional OP, which covered a broader spectrum of applicants and fields on which the projects focused, or OP Bratislava Region, she told The Slovak Spectator.

Other successful projects include OP Employment and Social Inclusion. This programme had a quick start, but it later slowed down, mostly due to “various procedural complications and vaguely set rules”. On the other hand, OP Competitiveness and Economic Growth had a slow start, but it later improved, Solomon added.

Opposition MP Miroslav Beblavý (Sieť) agrees, but adds that most of the OPs have not exhausted the funds yet. Solomon pointed to problems with OPs aimed at education, transport, the environment and information technology.

Vážny points to a late start when drawing funds for the 2007-2013 period. This was caused by problems with public procurement, approving big projects, assessment process and quality of project preparation, he said. Moreover, the whole process was affected by frequent changes to supervising bodies, as three different governments were working during the period.

“This caused that for example, they did not continue with a launched implementation process but, conversely, the process was stopped, which in fact resulted in a halt to drawing the funds and a waste of time,” Vážny told The Slovak Spectator.

Solomon explained that the first calls for applications for EU money were launched in 2008, since the first government of Robert Fico (2006-2010) decided to modify the operational programmes set by its predecessor, the second government of Mikuláš Dzurinda in 2006.

Moreover, the governments also kept changing laws outlining those responsible for drawing the funds. In July 2010, the Fico government abolished the Construction and Regional Development Ministry and the administration of EU funds was moved to the Government Office. The government of Iveta Radičová (2010-2012) later appointed the Transport, Construction and Regional Development Ministry to oversee the agenda. In April 2013, the competences were returned to the Government Office.

“All these changes caused a prolonging of the evaluation processes, which in fact impacted the applicants. At the time of approving the projects, their needs did not correspond with the needs at the time they submitted the projects,” Solomon explained.

Other reasons include the law on public procurement, which was amended 23 times during the previous programming period, and many invalid calls for submitting applications.

Beblavý also points to corruption and abuse of funds.

Despite these negatives, Solomon expects the future drawing of funds from the 2007-2013 programming period to stand at more than 80 percent.

“This is, however, is only a conservative assessment, since it is necessary to take into consideration the ongoing audits and unclear final corrections to drawing the funds from the side of the EC,” Solomon said.

In reaction to errors made when drawing EU funds and running the OPs for which those funds are intended, the EC suspended nine of 11 Slovak OPs between 2007-2013, with only those dealing with the environment and employment remaining unaffected, TASR reported in August 2014.

In the meantime, it unblocked four of them at more than €100 million, with the volume of resources in the remaining five OPs that remain frozen represents more than €230 million. In total, the audit body looked into 181 payment requests as part of nine operational programmes. The most frequent shortcomings concerned public tenders, the selection of projects and the supervision of expenditures, TASR reported in late September 2014.

Regarding the unblocked programmes, Brussels auditors have acknowledged some of the Finance Ministry’s arguments. Finance Minister Peter Kažimír described this as a success, the Sme daily reported.

“It means that because of the quality of the performed audit, European money will no longer be blocked,” said Kažimír, as quoted by Sme.

Regarding the remaining OPs, the EC is currently holding talks with bodies operating the OPs over the remedial steps to unblock the funds. The specific date of unblocking will depend on these negotiations, Finance Ministry spokeswoman Alexandra Gogová told The Slovak Spectator.

Vážny hopes the errors that appeared in the previous programming period will not be repeated. To achieve this goal, the government counts with more inspections into public procurement, the implementation of so-called simplified reports about spending, the introduction of price maps, and the creation of a two-round approval process within which the project intention of applicant for the funds will be assessed in the very beginning. In this respect, the ministry is considering creating information centres that will provide details about the possibilities of applying for EU funds free of charge, Vážny said.

Within the 2014-2020 period, Slovakia is eligible to tap more than €15.608 billion. The money is allocated within nine main operational programmes, plus two additional programmes, SITA reported. In the previous period there were 11 OPs in total.

When asked about the priorities for the new programming period, Vážny mentioned science and innovation, investments into infrastructure, support for human resources, the fight against unemployment, the education and integration of marginalised communities, reform to public administration, investments into environment protection, which also includes preventing negative impacts of climate change, and investment into regions. All these targets are part of the Partnership Agreement approved by the EC in June 2014.

Solomon said there are still many areas that need to be supported from EU funds. This is partly because Slovakia still lags behind its EU partners – a problem the previous funds did not fix – and partly because the funds were often distributed fragmentally, and not systematically, correctly and transparently, she added.

“Therefore we consider it positive that in the new period there will be fewer OPs and less distribution of justified projects among many managing authorities,” Solomon said.