Slovakia with its educated labour force and geographic position in central Europe is still attractive for shared services centres (SSCs), which improve employment rate statistics in the country. However, the country’s labour legislation and education systems does not reflect current trends and thus harm competitiveness in comparison with elsewhere among central and eastern European countries, according to investors. 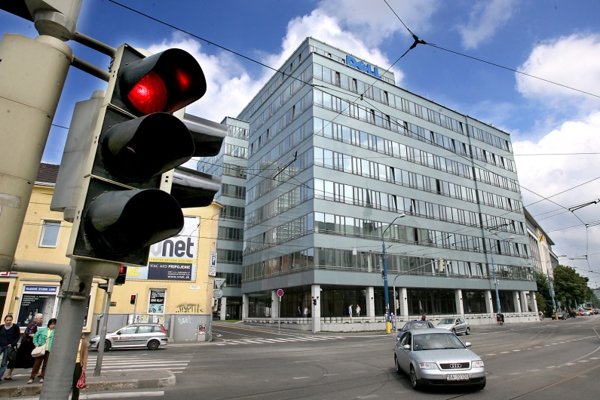 Slovakia with its educated labour force and geographic position in central Europe is still attractive for shared services centres (SSCs), which improve employment rate statistics in the country. However, the country’s labour legislation and education systems does not reflect current trends and thus harm competitiveness in comparison with elsewhere among central and eastern European countries, according to investors.

Currently there are 35 SSCs in Slovakia including those run by Dell, Accenture, T-Systems, IBM and AT&T, according to the Hospodárske noviny daily. There is no exact number of people working in SSCs, but some estimations say that there are 30,000 in Slovakia, Monika Smižanská, director of assurance at PwC in Slovakia told The Slovak Spectator. According to an American Chamber of Commerce (AmCham) study, more than 21,300 people are employed in the15 largest SSCs in Slovakia.

However, after the initial boom of SSCs at the beginning of millennium, their interest in the country has declined slightly in the last several years, mainly driven by decreasing flexibility of employment laws, and increased social security taxes and overall costs, according to representatives of SSC Forum at AmCham.

“Most firms [operating SSCs] have already stabilised here and convinced their mother company that they should expand,” Grafton Recruitment Country Manager Katarína Bobotová told Hospodárske noviny in September 2014, adding that two-thirds of SSCs plan to hire 1,000 people altogether in the next few years.

More than 2,180 new positions at SSCs were opened in 2013. Generally, 69 percent of employees in Slovak SSCs are college educated people with average age of 30. Furthermore, 80 percent of them speak English and German, 70 percent speak French, and 50 percent speak Italian and Spanish, according to a survey conducted by AmCham on the 15 largest SSCs which were supporting the SSC Forum in April-May 2014.

Together with the industrial sector SSCs are the main factor decreasing the unemployment rate in Slovakia which was 12.56 percent in August 2014, Luboš Sirota, chairman of the board at McRoy personnel agency told Hospodárske noviny in September.

For example, Deutsche Telekom, which in its Bratislava-based SSC employs around 350 people announced further expansion up to 500 people, on October 27, according to Hospodárske noviny. Also Mondelez, the food and beverage conglomerate has an SSC in Bratislava which operates accounting, logistics and information systems. They plan to create 70 new working positions in 2014 increasing them to 700, the Trend weekly reported in September.

“We are constantly trying to expand and just recently we actually signed the contract for renting 5,000 square metres of new office spaces,” the head of Mondelez’s Bratislava-based SSC, Victor Susman, told Trend.

In 2013 AT&T which runs three centres in Bratislava and one in Košice expanded its Košice’s centre increasing the number of employers from 600 to 700. At present it has a workforce of more than 3,000 in Slovakia.

Bratislava and Košice are the most attractive cities for SSCs because of the available labour force educated in the economic and tech fields. Also, it is easier to replace former employees in big cities than in smaller ones. Another advantage of those two cities is their developed infrastructure and proper office spaces because some SSCs employ more than 3,000 people, Smižanská said referring to a recent PwC study.

The biggest competitors in this field are the Czech Republic, Poland, Romania and Bulgaria while the level of corporate tax and offer of labour force is the main factor in firms’ decisions on where to create and develop SSC, according to Smižanská.

“The fact of how big company is in local market doesn’t decide whether a centre will arise in Hungary, Bulgaria, Poland or in the Czech Republic,” Branislav Kohl, the head of the marketing department at IBM told The Slovak Spectator. “The company will open a centre in the place where it will have the best conditions for business.”

The latest trend in SSCs’ operating in Slovakia is that they have the ambition to become centres of excellence within their own corporation and to be the source of business intelligence providing strategic information for their headquarters, according to Smižanská.

“Considering the increasing quality of our labour force, this demand and expectation is fully legitimate,” Smižanská said.

Another trend is to increase positions with added value such as planning, controlling, accounting, tax management and services in IT, Smižanská added.

Currently, SSCs provide services with added value mostly in area of financial services and accounting – up to 93 percent, followed by 80 percent in area of IT, 66 percent of services in human resources area and 60 percent in customer service, according to the AmCham study.

The main Slovak shortcoming related to SSCs is the size of the labour market and the amount of paperwork behind anything the company needs to do to keep the business running, according to SSC Forum.

Historically, the labour law has been more geared towards an industrial workforce; but as the economic environment and the labour market is changing, the labour law may need to better reflect the needs of employees and employers of globally active services companies, says Brigitte Meier, spokeswoman for Swiss Re which operates a SSC in Bratislava.

“Slovakia should redefine its labour law to take into consideration the post-industrial nature of this kind of business requiring less bureaucracy, higher employment flexibility, along with high income employment opportunities for our citizens,” SSC Forum representatives said.

SSCs also consider curriculum of high schools and colleges to be one of the biggest disadvantage of the country since they do not mirror the current employers’ demands on workers. Thus the firms have to invest their sources in additional education, according to Smižanská.

“Slovakia needs to connect the education system better with the economy,” Meier told The Slovak Spectator. “To succeed in the future, Slovakia needs an agile, innovative workforce than can adapt to an ever changing environment.”

Smižanská added that SSCs also negatively sense the state’s insufficient support and social recognition while pointing to the great importance of SSCs presence in Slovakia.

“Their added value and contribution to Slovak GDP is incontestable,” Smižanská said. “Potential leave of those organisations from Slovakia would have significant social and economical impact.”