SLOVAKIA’s economy kept growing during the third quarter of 2014, driven especially by growing household consumption in spite of weaker monthly indicators in industry and construction. Nevertheless, the outlook for the end of the year is less optimistic, when analysts expect a slowdown of local economic growth due to the slowdown in the eurozone and the ongoing Ukraine crisis. 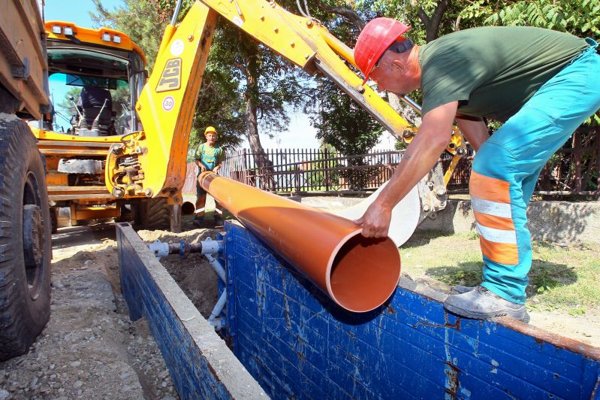 SLOVAKIA’s economy kept growing during the third quarter of 2014, driven especially by growing household consumption in spite of weaker monthly indicators in industry and construction. Nevertheless, the outlook for the end of the year is less optimistic, when analysts expect a slowdown of local economic growth due to the slowdown in the eurozone and the ongoing Ukraine crisis.

The economy of Slovakia grew by a seasonally adjusted 0.6 percent during the third quarter of 2014 compared with the second quarter, keeping its growth dynamics from the previous three quarters. In real terms, the Slovak economy grew in the third quarter by 2.5 percent y/y, at the same pace as in the previous one. In current prices, Slovakia generated a GDP of €19.855 billion, according to the flash estimate based on the new ESA 2010 methodology revealed by the Slovak Statistics Office on November 14.

“In the Europe-wide context, our growth probably remained one of the strongest,” Marek Gábriš, analyst with ČSOB told the Pravda daily.

“The just published data are good news and indicate that in spite of weaker monthly results of some economic indicators – for example industrial production and retail sales – Slovakia’s economy did well during the third quarter,” Katarína Muchová, analyst with Slovenská Sporiteľňa, wrote in her analysis. “Stagnation in the eurozone, especially in Germany, which is the main trade partner of Slovakia, has not had yet a negative influence on the Slovak economy due to the recovery of Slovakia’s domestic demand from the beginning of the year.”

Germany’s GDP increased by a mere 0.1 percent quarter-on-quarter during the third quarter, but it narrowly escaped recession when it contracted by 0.1 percent q/q during the previous quarter. On the annualised terms, the German GDP grew 1.2 percent.

According to analyst with VÚB bank Andrej Arady, performance of neighbouring countries was satisfactory. Poland surprised with accelerated growth of 0.9 percent q/q, up from the second quarter’s 0.7 percent. The Czech Republic did not meet expectations of a moderate acceleration, but it kept the previous growth of 0.3 percent q/q. Hungary slowed down from previous 0.8 percent to 0.5 percent q/q, but the slowdown was milder than originally expected.

While the detailed structure of GDP for the third quarter will be revealed on December 3, analysts expect that domestic demand remained the main driving force of the Slovakia’s economic growth.

“Household consumption most probably rose again, although maybe at a slower pace, which is indicated by a cooling down in retail sales and a drop in imports,” J&T Bank analyst Stanislav Pánis said. “Nevertheless, overall consumer demand is still sound, since consumer confidence is at its highest level since the autumn of 2008. This development is being supported by an improving situation on the labour market, accelerated growth in real salaries with zero inflation, and favourable conditions for loans.”

Analysts concur that apart from household consumption, the GDP growth was also positively influenced by a more intense consolidation of public finances and growth in investments by the public sector and companies.

“[Companies] are carrying out hitherto postponed modernisation projects and capacity expansion, a development that is indicated by a gradual recovery in long-term loans provided to companies,” said Pánis.

Juraj Valachy, senior analyst with Tatra Banka recalled that monthly data based on which analysts estimate the economic development, worsened compared to the previous quarter.

“The most important sector for our economy, industry, grew only at half the pace compared with the first and second quarters of this year,” Valachy wrote in his analysis. “Retail sales reported during the third quarter the slowest growth of this year while construction even deepened its fall.”

Slovakia’s automotive industry is also feeling a lower demand of Russian clients, when European cars are becoming too expensive for them due to the weakening Russian currency, the Pravda daily wrote. While the Russian client paid RUB484,324 for a €10,000 car less than three months ago, now it is RUB580,382.

Employment also kept increasing, by a seasonally adjusted 0.3 percent compared to the previous quarter, while it grew by 1.4 percent on an annualised basis.

“The economy continued during the third quarter to produce work positions in a larger extent than used to be historically common at such a growth,” said Arady.

Over the last year there were 25,800 new working places generated, of which 5,500 were created during the July-September period.

Slovakia’s economic performance in the next few months will be mainly influenced by the slowdown in the eurozone and the ongoing Ukrainian crisis. Based on data thus far, SLSP estimates the GDP growth for 2014 at 2.2 percent. VÚB estimates this year’s economic growth at 2.4 percent, while next year it may accelerate to 2.6 percent.

Valachy expects that the upcoming months will continue to be under the influence of the Russo-Ukrainian conflict, “which further means an increasing rate of risk and uncertainty”. Tatra Banka does not count in its prognosis with a further escalation of the conflict, and thus it does not predict any further deceleration of the growth dynamics. But it will decrease its prognosis of 2.7 percent.

“Our basic scenario is that it’s only a transitory weakness, which might be followed by reacceleration,” Pánis wrote.