TWENTY-FIVE years ago, people protesting at squares throughout what was then Czechoslovakia hoped not only for more rights and freedoms, but also for fuller shelves in shops and shorter queues in front of them. The latter has been mostly fulfilled. as a number of foreign retail chains have opened hundreds of outlets in Slovakia, almost tripling the size of retail space. Yet while the retail market has become saturated, more is coming. 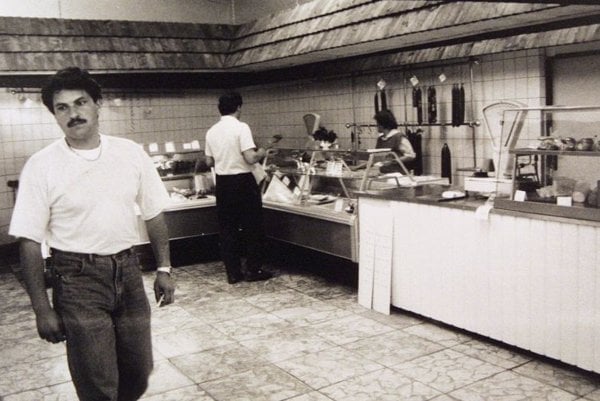 TWENTY-FIVE years ago, people protesting at squares throughout what was then Czechoslovakia hoped not only for more rights and freedoms, but also for fuller shelves in shops and shorter queues in front of them. The latter has been mostly fulfilled. as a number of foreign retail chains have opened hundreds of outlets in Slovakia, almost tripling the size of retail space. Yet while the retail market has become saturated, more is coming.

“Commerce in Slovakia has undergone dynamic development since 1989 and nowadays it equals, in quality of goods and services, the most developed countries of the European Union,” the Slovak Alliance of Modern Trade (SAMO) wrote in its press release.

Before 1989, retail space per 1,000 persons amounted to 250 square metres. This increased to about 617.5 square metres in 2013 when retail outlets with more than 20 employees were taken into consideration. In Bratislava it was as much as about 1,270 square metres per capita, based on data of the Association of Trade and Tourism (ZOCR).

The ‘assortment’ of shops themselves changed too. While during the communist regime, small concepts dominated, people needed to go to so-called Tuzex stores reserved for those with hard currency in their pockets, i.e. US dollars or West German marks, to buy what was at that time considered luxury goods, nowadays people can choose from a wide range of outlets starting with small stores up to super and hypermarkets. Last year, Slovaks also finally lived up to see the first outlet opened in Slovakia, near Voderady.

ZOCR president Pavol Konštiak recalled at the conference dedicated to retail trade in November that back in 2000, hypermarkets made up 2 percent of total retail space while supermarkets accounted for 8 percent, compared to a total of 75 percent in 2013. But the trend from abroad of smaller forms has also arrived in Slovakia, and more, smaller outlets are expected.
Look of experts

The real estate consultancy company Jones Lang LaSalle (JLL) sees the retail market in Slovakia as extremely saturated, and thus has a very low potential for further development. According to it, retailers are not willing to expand unless the commercial conditions and the location of the assets are a perfect fit for their portfolio.

JLL recalled that the last quarter of 2013 saw the opening of the first designer outlet centre in Slovakia, One Fashion Outlet (OFO) in Voderady, located seven kilometres from Trnava, and one kilometre from the D1 cross-country highway. Another outlet, D1 Outlet City by Ján Čarnogurský Junior’s IPEC, which was planned to be located only several kilometres away from OFO Voderady, near Senec, has not yet been opened, but an opening goal is set for spring 2015.
The first phase of OFO Voderady was opened last October which offered 15,000 square metres with the plan to continue building the centre. Once completed, it should offer 35,500 square metres of rentable space, 130 shops and parking for 2,500 cars. Total investments are projected at €65 million, €30 million of which went into the first phase.

OFO Voderady is not the only outlet project to have been repeatedly announcing its arrival; another one, D1 Outlet City by Ján Čarnogurský Junior’s IPEC, is to be located only several kilometres away from OFO Voderady, near Senec. The latest plan is to open the outlet centre as part of a bigger project called D1 Park next summer, the Trend weekly wrote in late October.

OFO Voderady is negotiating with other world fashion brands to open their shops here.

“But some negotiations are lasting longer than we would like them to,” Michaela Marková, marketing manager of OFO Voderady told The Slovak Spectator, adding that they want the new brands in the outlet to be managed directly by parent companies. “But negotiations with headquarters always last longer than local franchisors and thus some brands are still a challenge for us for the near future.”

The trend in the retail market is to move into less saturated regional and even local markets, while a new shopping centre just opened in Bratislava with another one in the pipeline.

“After a certain period of damping, which lasted from approximately 2010 until 2012, investors again renewed activities in retail development,” Peter Pohanka, head of retail leasing at CBRE Slovensko told The Slovak Spectator. “During the previous year there were announced or construction started on several shopping centres and some of them have already been opened.”

Pohanka recalled that One Fashion Outlet in Voderady opened in October 2013 and a smaller combined project of a retail park, The Mall Trnava, opened in March 2014.

Lukáš Šarközi, consultant of retail leasing at Colliers International in Slovakia recalled the start of construction of a new retail project in Poprad, while construction works on the projects City Arena in Trnava and Dituria in Levice continue. The latter, with the opening planned for November 2014, is an example in what direction the retail market in Slovakia will go.

“Retail projects in towns with a population below 40,000, to be successful, will have to offer a unique position in the town’s centre in combination with a low saturation of retail areas and an empty place on the map of the existing outlets in the case of key tenants,” said Šarközi.

Market watchers agree that the basic trend in Slovakia is the orientation of tenants on less saturated regional and even local markets. Pohanka uses H&M as an example, which will for the first time open its outlet in towns with populations below 50,000 – in Levice and Spišská Nová Ves.

Probably the biggest property deal ever in Slovakia on the retail property market was the acquisition of the shopping centre Eurovea in Bratislava by Slovak financier Peter Korbačka.

Peter Nitschneider, the head of the valuation and research department at Jones Lang LaSalle (JLL) in Slovakia said, when assessing the acquisition, that the new owner obtained a quality product with great potential.

Korbačka, controlling less than 20 percent in J&T Real Estate, acquired Eurovea as a private person via his Cypriot company Trenesma Limited from the original owner, Irish Ballymore International, the TASR news wire reported. While the value of the transaction remained unannounced, there was speculation about as much as €500 million. Korbačka’s aim is to bring the shopping centre that now targets the upper middle class to a wider public.

The opening of Bory Mall in mid-November, with a price tag exceeding €150 million and developed by the Penta investment group, was a highly anticipated event on the retail market. It is a new addition to the already quite well saturated market in the capital, but built in a locality which lacked a big shopping centre so far. It is located between Bratislava’s boroughs Lamač and Devínska Nová Ves, while in an area of over 54,000 square metres it offers 200 shops, restaurants and cafés.

The shopping and entertainment centre will be part of a new Bratislava borough, Bory, which had its construction delayed by the economic crisis.

“Also the expert public waits with expectance how the interest of clients will re-distribute between Bratislava’s shopping centres,” said Pohanka, adding that each shopping centre needs for stabilisation and reaching an optimal performance and visit rates in a certain period, which can last even two years under current conditions.”

Along with Bory Mall, there is expected completion of shopping centres in other parts of Slovakia, City Arena in Trnava and Forum Poprad later in 2015, which should become dominant centres in these cities, Cushman & Wakefield wrote in its retail Marketbeat Snapshots for the second quarter of 2014.

A resurrection is also expected of the original €1 billion Pharos project of shops and offices near the Bratislava airport and the Avion shopping park. After a re-drawing of the project and reduction of investments, there arrives the first company, Bauhaus DIY shop with goods for construction and garden, which launched construction of its 20,000 square metre shop in July. Other companies that plan to have their shops in Pharos are Decathlon, a chain of international sports brands, and the furniture store Sconto.

The probable date of construction of Business Park Pharos is given as 2014-2020 and estimated costs are estimated at €236 million, the project website reads.

On the other hand, HB Reavis withdrew from the project to build Aupark in Trenčín and returned the land to the city. The main problem was the too-high price for building a roundabout crossroad to make the shopping centre properly accessible.