THE INTERNATIONAL Film Festival (IFF) Bratislava has experienced its ups and downs during its 16 years of history. In 2014, the situation seems to have been somewhere in the middle. The festival had somewhat constricted finances and it took place rather in smaller film clubs than in big cinema complexes, but it managed to fill the theaters, introduce foreign film-makers and present, among other works, also movies that won awards at big global cinema festivals. 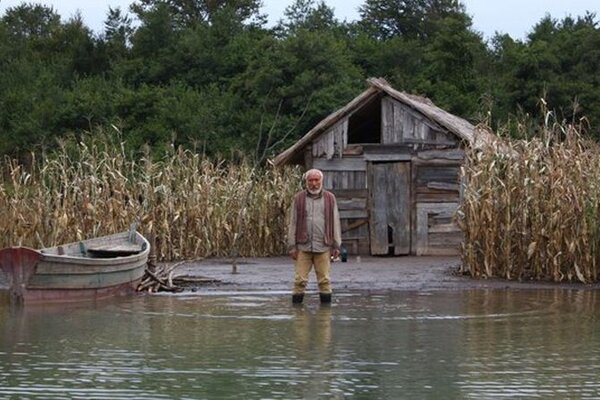 THE INTERNATIONAL Film Festival (IFF) Bratislava has experienced its ups and downs during its 16 years of history. In 2014, the situation seems to have been somewhere in the middle. The festival had somewhat constricted finances and it took place rather in smaller film clubs than in big cinema complexes, but it managed to fill the theaters, introduce foreign film-makers and present, among other works, also movies that won awards at big global cinema festivals.

Taking place between November 8 and 14, the festival brought 147 screenings of 123 films, gave awards to stage designer Theodor Pištěk and actor Ivan Palúch, and offered also discussions, several competitions as well as the popular “slippers’ night” in which audiences could have spent the whole of the very last night of the festival in the cinema.

“I think that the visitors’ tastes are being differentiated,” Radovan Holub, programmer of the festival section Stories: Films of Human Strength and advisor of Panorama section, wrote for The Slovak Spectator. “At the festival, there were films like for example the competing Party Girl, No One’s Child, or Me, Myself and Mum from the first section that saw full – or rather overcrowded – houses. For the last screening of Me, Myself and Mum 40 people could not get inside the hall.”

Holub added that for him personally, the biggest surprise was the less traditional German film, Stations of the Cross, which was absolutely full, despite being a difficult movie about orthodox Catholicism and the desire of a young girl to find her own way to God. He also mentioned another German film, Inbetween Worlds by Austrian director Feo Aladag that also belonged among the more attended. It is a film about the war against Taliban, shot directly in Afghanistan under the protection of German army. “I think that people are trying to find answers to questions that bother them – lack of faith and the mess of the current world.”

This can be true also for the Russian movie The Postman’s White Nights by Andrei Konchalovsky, screened on November 9, that also had the cinema packed. The story of the disillusionment of people living in the contemporary Russian countryside showed, among other things, also a stream of hope and the good side of simple rural dwellers.

Faith, sympathy with two warring sides, but above all the human and compassionate side, as well as the power to defy fate, nature and the danger of being stuck between ethnic fights feature in The Corn Island by Georgian actor-turned-director George Ovashvili (a recent co-production of the Czech Republic, Germany, France, Hungary, Kazakhstan, and Georgia) who attended the screening in person and surprised audiences, as his witty, open, easy-going image was slightly in contrast with the quiet, serious and almost silent film. Ovashvili admitted that neither him, nor any of the main cast spoke Abkhazian, even though the two main characters are supposed to be of this ethnicity. Maybe this is why the film relies on pictures, rather than on long and sophisticated dialogues, but the director said that his perception of film was rather visual. The film, again filling the house, won at this year’s festival in Karlsbad.

“Viewers are interested in films which they have already heard about,” Holub commented, “like Foxcatcher or The Search which are known from the Cannes Film festival. They are also interested in movies from distant lands where one can almost feel the local nature and country, like the Australian Charlie’s Country. I didn’t mention a bigger attendance at films which had a delegation of film-makers, but once they arrived, visitors liked to discuss the movie with them. Audiences have their tastes which are hard to foresee, but films with interesting heroes, localities or those known from big festivals are preferred.”

Holub pointed to films which were not very well attended, like short films, and stressed the clear trend “visitors want to see films that have an interesting story they can get involved in, where they can identify with the characters”. He also admitted that there are slightly more political films to choose from. “Film-makers cannot close their eyes from exoduses of whole nations, or from other troubles of this whole planet,” he summed up, stressing also the tendency of Slovak films to try and cope with the communist era; and also with the post-communist capitalism. Holub concluded that “it is trendy for the current movies to seem gloomy and depressing”.

There was one more exception from this rule at the festival: the Austrian film High Performance by Johanna Moder who also arrived in Bratislava, together with the actor playing the main role, Marcel Mohab, to discuss the message and the background of the film which contraposes the two different worlds of two brothers set in the chaotic, colourful milieu of current Austrian urban society. The film, whose very natural acting was praised by professionals in the audience, offers some kind of reconciliation in the end.

“When evaluating the festival,” Holub concluded, “it addressed with success mainly the visitors, while film-makers and insiders were more reserved which is a pity. The fact that preparations were started later – as organisers were looking for a big sponsor/main partner – was also reflected in the result. A certain problem is also the [weaker] re-sonance of the festival abroad. It currently simply doesn’t have the resources to generously invite foreign journalists, like the Karlsbad film festival does, for example. I also missed the competition programme of Slovak films and Czech-Slovak co-productions.”