THERE are only a few genres as diverse as classical music. From the very early stages, through Romanticism and later periods, all the way to contemporary compositions – from vocal works to instrumental – there is something for everyone to choose from. Some bigger music festivals try to present this wide offering of classical music, presenting a rich variety of composers, works and performers. 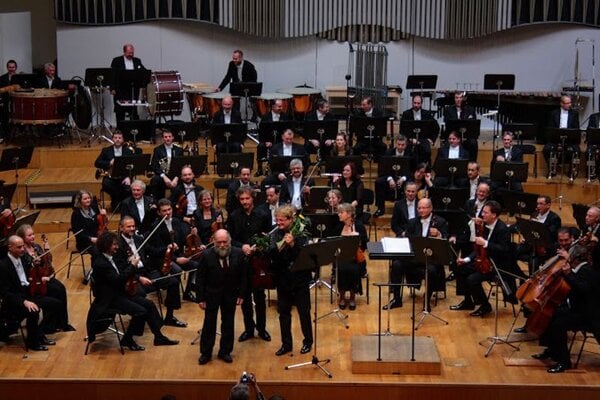 THERE are only a few genres as diverse as classical music. From the very early stages, through Romanticism and later periods, all the way to contemporary compositions – from vocal works to instrumental – there is something for everyone to choose from. Some bigger music festivals try to present this wide offering of classical music, presenting a rich variety of composers, works and performers.

In Bratislava, a much more narrowly specialised festival takes place biannually: the New Slovak Music (Nová slovenská hudba), the festival of contemporary national music. During one week between November 7 and 14, the 27th edition tried to outline the recent works of Slovak composers. This year, the festival was dedicated to the centenary of Dezider Kardoš, the Slovak composer and music teacher inspired by Slovak folklore and traditions, who nevertheless developed modern symphonism with certain programme elements. His Concert for Orchestra Opus 30 was the concluding piece of the whole festival.

“I am especially proud that we again had this many symphonic as well as chamber orchestras and ensembles, while many composers had for the very first time the chance to work with an orchestra,” head and programme advisor of the festival, Ivan Buffa, told The Slovak Spectator. “A piece this giant could not be performed at all, as dramaturgists of symphonic orchestras are ever more subject to mainstream taste, influenced by commerce. Thus, many treasures of Slovak music have disappeared for long stretches, until we came to forget them totally. This is one of the reasons why this festival makes sense.”

Buffa summed up that the recent year of the festival is his third as programme advisor. Six years ago, he set as his goal to communicate with all members of the Association of Slovak Composers as well as some others. “I have always cared to evoke in composers the feeling that nowadays, it also makes sense to compose music and that there is interest in their music,” he said, adding that he has not forgotten to also present works of authors already deceased – and not just on their special anniversaries. “This year’s New Slovak Music also came to exist according to this key,” Buffa explained, “composed of more than 70 performances, which I am very satisfied with.”

When asked about a typical listener of contemporary Slovak music, Buffa opined that there is no typical audience, and each year of the festival is different, defying categorisation. “I confess I put up the dramaturgy according to what I consider important, of good quality and priority. I try to educate the audience.”

As for he rate of visitors attending individual concerts, Buffa said: “The rate was visible at first sight: Performers with marked artistic renown were successful.” He added, however, that some good performances remained in the shadow of other events and concerts, as the system of grants and financing makes autumn traditionally filled with various activities, and concerts taking place simultaneously, even those of contemporary music.

The week-long festival took place mostly at the Slovak Radio, but also at some other venues. The opening concert on November 7, dedicated to vocal contemporary spiritual music, played in the Jesuit Church of the Holiest Heart. The final concert, marking one of the festival’s highlights, took place on November 14 in the Reduta building of the Slovak Philharmonic. Another highlight was the one on December 12, offering the works of Pavok Krška, Želislav Sojak Subotič, Anton Steinecker, Lukáš Borzík and Petr Javorka, as performed by the Slovak Sinfonietta Žilina, conducted by Leoš Svárovský, with Peter Pažický on piano. However, there were a host of various other concerts in between, to please practically every taste.

“One cannot compare Slovak and foreign listeners,” Buffa opined. “Here, this is only developing: we are learning freedom, tolerance, openness, activity, not to envy each other. We are discovering our own memory and historical knowledge. This all takes its time. Abroad, they have always been centuries ahead of us in this development. We all are learning, developing and with a bit of patience and open eyes, we will see the desired progress. We have not even developed the connection to our music; we don’t know it – which is a unique phenomenon. But we will manage, we need only to handle the inferiority complex.”

The head of the festival summed up that audience can feel who plays with scorn and who with full engagement, full of emotions and intellectual understanding. “Such educated audiences are gathering and growing slowly, but inevitably; this is evident.”