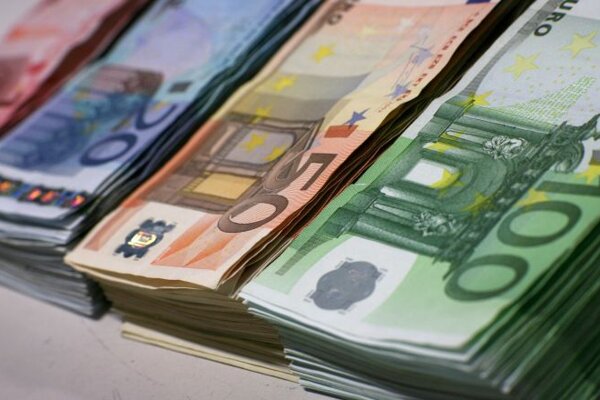 “I don’t expect that it will bring many positive [changes],” Peter Kunder of the political ethics watch dog Fair-Play Alliance told The Slovak Spectator. “New rules could be avoided easily.”

A series of public protests came after media reported a scandal concerning an overpriced computer tomography (CT) scanner purchased by the Alexander Winter Hospital in Piešťany. The fallout from the scandal led to the resignation of Speaker of Parliament Pavol Paška, Health Minister Zuzana Zvolenská and Deputy Speaker Renáta Zmajkovičová, who also served on the hospital board.

According to the government’s draft law, any company wishing to take part in a public tender must disclose all its shareholders owning 10 percent or more of the firm. Companies registered in a country where legislation does not require they disclose all such owners are also unable to participate. Slovak or foreign firms which are not registered in such countries, but which have shareholders that own 10 percent or more of the firm who do hold residence in such countries are also excluded. Moreover, firms where public officials have more than a 10-percent share cannot bid in public procurements either, according to the draft.

The exception would be companies quoted at stock market of EU member states or states in the Organisation for Economic Co-operation and Development (OECD), the European Economic Area (EEA) and their daughter companies as they need to fulfil strict criteria, according to the SITA newswire.

The proposed change, which is in an accelerated legislative process, was passed to the second reading in parliament on November 26 and would be effective as of January 1, 2015, SITA reported.

After the parliament passed the law proposed by the government, independent MP Miroslav Beblavý of Sieť and Most-Híd MP Lucia Žitňanská informed media that they will submit a complex changing proposal, calling the current draft incomplete. Any new laws should uncover persons who make real profit off the contract not just the owner, they said. New legislation should also deal with the use of public money which is not spent via other channels not just tenders, according to SITA.

In its response, the government stated that it is prepared to discuss the proposal since it is an important law which needs agreement throughout the whole political spectrum.

“We stand behind our revision of public procurement law proposal,” says the government’s statement provided to The Slovak Spectator. “Parliament will discuss the proposal and if MPs will come with corrections or improvements of the mechanism which we proposed we are ready to make an agreement.”

According to the analysis of Transparency International Slovakia (TIS), firms settled or owned in tax heavens have received just 1 percent of all money in public procurements since 2009. Less than half of 1 percent of all firms, winning tenders have been small unknown firms according to the head of TIS Gabriel Šípoš. He points out that even well-known companies like Deloitte or KPMG are co-owned by firms that reside in Cyprus, which is often considered a tax haven.

“Therefore the share of procurements is small,” Šípoš told The Slovak Spectator, “and if we really want to improve our tenders the fight with shell companies in tax heavens should not be seen as the key measure.”

According to Kunder, such measures do not properly deal with the situation of those firms which seek to operate in a standard, transparent way but happen to be based in a country with weaker rules about ownership disclosures.

“Such a thing cannot be justified by the fight against money laundering,” Kunder said.

The problem of dealing with shady firms is that a shell firm could be easily created even in Slovakia when using so-called ‘white horses’, meaning people who stand in for the actual owner, thus masking the firm’s ultimate beneficiary, Šípoš said.

“That’s the problem of law proposal – its enforcement is very feeble,” Šípoš said, “since you can trace the real owner only with real finance transfers.”

Instead, he proposes deep tax audits of firms with questionable ownership and pointed out that police and intelligence services have the capability to get such information.

The government’s proposal also does not properly solve the problem of sanctions for presenting inaccurate or false ownership structure of the firm, Andrej Leontiev, a partner at TaylorWessing e/n/w/c law firm, told the Trend weekly.

“The proposal lacks any public control over the fulfilling duties and there are no sanctions for a physical person just for companies,” Leontiev said, as quoted by Trend.

Opposition has its own ideas

Before the law passed its first reading, Sieť came up with its own proposal introducing a register where firms would have to publish their real owners, according to the TASR newswire.

The government’s proposed legislation will not allow the public to discover who makes a profit on public money in cases when it is not related to public tenders, for example, who owns the half of Dôvera insurance company, according to Sieť leader Radoslav Procházka, reported.

He referred to the fact that Penta financial group owns 50 percent of the shares in Dôvera, while the other half belongs to Prefto Holdings Limited, a Cyprus-based company with unclear ownership.

Sieť’s law would apply to shell firms not only in cases of public tenders, but generally in dealings with public finances, he said.

It should introduce the register of ownership where firms would insert data including the real owner and the public would be able to check them.

Also, some opposition MPs prepared their own draft, which would prevent scandals such as the one concerning an overpriced CT scanner bought by Piešťany Hospital from reoccurring. Žitňanská proposed using legislation related to money laundering as well as improvement of property disclosure bill, according to TASR.

The proposal also may be in conflict with EU legislation on public procurement. EU has its own rules and member states cannot introduce any stricter rules on it they want. It should prevent, for example, discrimination of businessmen from other EU member states, Leontiev told Trend.

“The exclusion of companies from public procurement just because their ownership structure cannot be discovered is in conflict with European law,” Leontiev told the Hospodárske noviny daily.

The government insists it is ready to discuss the issue with EU officials.