“DO YOU think we don’t want to know who the owner of Dôvera is?” Prime Minister Robert Fico said in a televised debate on the public-service Radio and Television of Slovakia (RTVS) on November 23. He claims that if the state is to proceed with the plan of introducing a single, state-run health insurer, they will need to know who the owners of the private health insurer Dôvera are if they are to negotiate about the expropriation or purchase of the insurer. 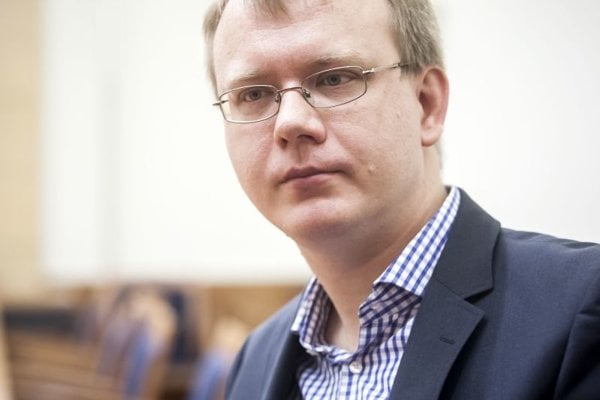 “DO YOU think we don’t want to know who the owner of Dôvera is?” Prime Minister Robert Fico said in a televised debate on the public-service Radio and Television of Slovakia (RTVS) on November 23. He claims that if the state is to proceed with the plan of introducing a single, state-run health insurer, they will need to know who the owners of the private health insurer Dôvera are if they are to negotiate about the expropriation or purchase of the insurer.

The ownership of Dôvera became an issue in the media after the recent CT device corruption affair prompted the government to propose a law that would prevent shell companies from partaking in public procurement tenders. The plan calling for a single health insurer would mean that the state would need to make transactions with Dôvera.

“We need to set up a condition that we need to know whom we are talking to,” Fico said.

Observers however don’t see it as a very probable option that the government will pursue a single payer state health-care system. Originally, it was to be a flagship project of the Health Ministry under Zuzana Zvolenská, the minister who was forced to resign earlier this month over the scandal with the overpriced CT device purchased by the Piešťany hospital. Originally, private health insurers were supposed to cease to exist by 2014.

There are currently two private insurers working on the market alongside the state-owned Všeobecná Zdravotná Poisťovňa: Union and Dôvera. Dôvera is the larger of the two, and the state would have to buy it from its current owners in order to carry out the plan, the Sme daily reported. Dôvera is owned by the Penta financial group (50 percent of shares), while the other half of its shares belongs to Prefto Holdings Limited, a Cyprus-based company with unclear ownership.

“I have heard of various names, even names of former ruling politicians, but I have no proof of that,” Fico said in the debate in his response to the question whether he is aware of the rumours that half of Dôvera’s shares are controlled by Juraj Široký, a business tycoon who has been repeatedly labelled one of the major sponsors of Smer. Fico claims that not even the intelligence service, the SIS, is able to find out about the owner of Prefto, Sme wrote.

Opposition MP Miroslav Beblavý has highlighted the Cyprus-based Prefto, and labelled the company and its transactions the biggest shell-company in the Slovak health care sector. While Penta owns 50 percent of Dôvera through a subsidiary, a Dutch company owned by a Cypriot company, the other 50 percent of Dôvera shares belong to the Cyprus-based company Prefto Holdings Limited, which according to Beblavý belongs to another shell-company Molano Enterprises Limited. The companies are represented by Bratislava-based lawyer Daniel Futej, the president of board of Dôvera.

“The Slovak public thus has no idea who really earns the most on Slovak health care and the proximity to the Smer party,” Beblavý said.

The opposition thus proposed a new law that would regulate the involvement of shell companies in any transactions involving public finances, which should also require companies like Dôvera to declare their ownership structure.

Meanwhile, the government has displayed a prompt reaction and approved an amendment to the Public Procurement Act on November 20. The new law, now to be debated by the parliament, should restrict the access of shell companies to public tenders. The government wants to see the bill to enter into force as of January 1.

The bill will allow only companies that will be able to disclose their owners up to the level of private persons to take part in public tenders. The only exception will be companies listed on stock exchanges in the European Union, the European Economic Area or the OECD, and their subsidiaries, Smer officials told the TASR newswire.

However, the opposition members have some reservations concerning the bill. If it is approved in parliament, the public will not learn who owns half of Dôvera, Sieť party’s chairman Radoslav Procházka said at a press conference on November 20.

“The public has the right to know this mainly because such information may provide an answer as to why the prime minister, despite repeated promises, hasn’t come up with a unified health insurer – and never will,” said Procházka, as quoted by TASR.