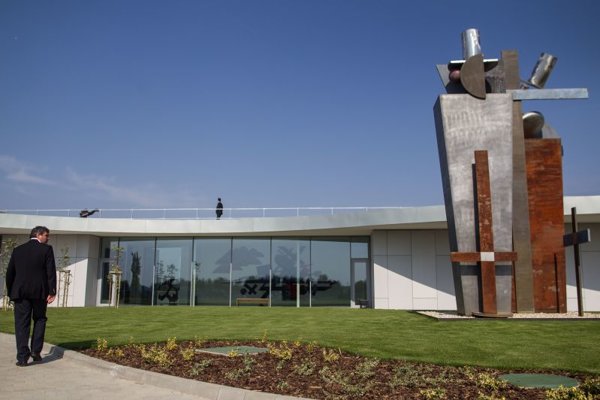 Recently, Danubiana underwent reconstruction, and the space was enhanced to house both a permanent collection of the Dutch founder and art lover, Gerard Hendrik Meulensteen (co-founder is Slovak gallerist Vincent Polakovič) and temporary exhibitions, usually focused on a single artist.

The gallery was re-opened at the beginning of September, and the new part, added to the original structure, received the award for Building of the Year 2014 from the Association for Development of Slovak Architecture ABF Slovakia. It won as selected by an international jury from among 23 constructions, with the criteria being: architectural and urban arrangement, technology, energy and operational demands, the functionality and environmental impact, materials used and the contribution to society.

This year, a jury of 7 awarded 12 prizes to eight constructions in Bratislava, Košice, Bernolákovo and Piešťany. The public chose the Grand Hotel Vígľaš which came out of the reconstruction of the Vígľaš Castle, the TASR newswire wrote.

The overall contribution of Danubiana to artistic life and international exchange – not only in Bratislava – was praised also by Slovak Foreign and European Affairs Minister Miroslav Lajčák, who met Meulensteen on October 23. Apart from his Danubiana engagement, Meulensteen is also the Honorary Consul of Slovakia in the Dutch city of Eindhoven. Lajčák positively evaluated his enthusiasm, especially in boosting cultural ties between both countries.

“I can proudly call the cooperation between our two countries excellent; in the political, economic, as well as cultural spheres,” Lajčák said, as quoted by TASR.

In this, Danubiana has its irreplaceable position, according to the minister.

“One could say that with the upcoming European Union presidency, in which Slovakia will continue after the Netherlands, the project of this gallery symbolises our common European way,” the minister concluded.