THERE have been a host of festivals recently in Slovakia; sceptics claim that this is due to the Slovak system of state grants. Among all those, one stands out, as it is focused on an ancient art that has found itself somewhat on the margin of public interest nowadays: the art of poetry. 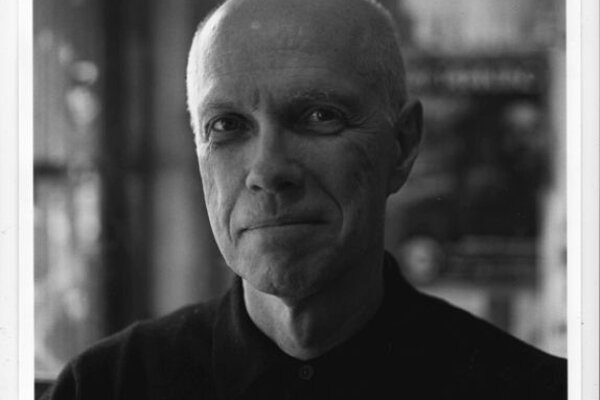 THERE have been a host of festivals recently in Slovakia; sceptics claim that this is due to the Slovak system of state grants. Among all those, one stands out, as it is focused on an ancient art that has found itself somewhat on the margin of public interest nowadays: the art of poetry.

The international festival Ars Poetica 2014 is organised between December 3 and 7 in culture centre A4 and strives to bring a number of surprises for all staunch poetry admirers and fans.

The headliner of the festival’s 12th year is Ron Padgett, a US poet, co-founder of the famous New York School and one of the prominent figures of contemporary American poetry, who has been awarded many prizes.

Visitors of Ars Poetica 2014 can choose from among more than twenty poets and authors from 12 countries, organisers informed The Slovak Spectator. The festival’s stage will host a few first showings of performances of international artists that connect poetry and visual art: Marc Atkins, a poet, visual artist and photographer; Martín Bakero, a surrealist Chilean poet, Ariadna Radi Cor, Italian poet and performance graphic artist; and also a Krakow-based duo of digital poetry pioneers. Slovak poetry will be represented by the leading authors of three generations: Ján Buzássy, Karol Chmel and Jana Pácalová.

The concerts on offer include performances of young and talented Slovak musicians like Lixx and his project Subliminal, the Genius Locci duo, the performance of worldwide renowned Tony Bianco in the formation Mass Machine whose other member is a poet and performer Michel Delville.

Ron Padgett, whose How Long was a 2012 Pulitzer Prize Finalist in Poetry, and whose Collected Poems received the 2014 Los Angeles Times Best Book of Poetry prize and the William Carlos Williams Prize from the Poetry Society of America, will be present in person on the Evening of Poetry on December 5 at 19:00 in A4 Space of Independent Culture on the corner of Šancová-Karpatská streets. Other guests of that evening include Rodica Draghincescu (RO/FR), Tomica Bajsić (CRO), Adam Borzič (CZ), Hilá Lahav (ISR), and Karol Chmel (SK).

The full programme of the festival can be found at arspoetica.sk.