Childhood obesity is still a problem 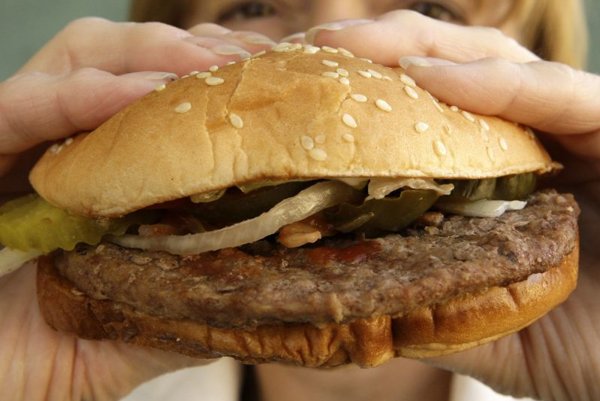 SIX OUT of seven of the most important risk factors for premature death in Europe relate to how we eat, drink and move, the document provided to The Slovak Spectator by the World Health Organisation’s Country Office in Slovakia shows. Growing obesity and overweight is a problem also in Slovakia, which has adopted several steps to tackle it.

“As childhood obesity is also strongly linked to obesity in adulthood, the best time to address the problem is early in life,” according to the Slovak Country Office of WHO document.

Among the most important factors that affect the increase in the obesity of children is the abundance of energy-rich food which are often poor in nutrients, and the decreasing needs and opportunities for physical activity. Children consume more fast food and sugar-sweetened beverages while eating more outside the home than they used to, but there is a lot of evidence that in many cases, proper food is not served to them at home either, the WHO document shows.

Increasingly, children are getting less physical activity. According to the WHO, some schools have reduced activities like physical education and recess. More children are also driven to school by car or bus, rather than walking or biking.

Moreover, on average they spend from one to three hours daily sitting at computer or TV set, according to the WHO document.

Regarding food, it is eating habits in families that affect the occurrence of obesity. Obese parents are more likely to have obese children because of bad eating habits, Skalická said.

“The results of surveys have pointed to bad diet habits of schoolchildren and adolescents, especially the absence of breakfast,” Skalická told The Slovak Spectator. She added that children having lunch in school cafeterias prefer mostly fried food and refined grains.

Another factor impacting child obesity is the increased amount of food and snacks consumed late in the evening, Skalická said.
It is, however, positive that in the past few years schools have been following recipes and standards for eating set by nutrition experts and offer more varied food where fresh fruits and vegetables, fish, legumes, cereals and high-fibre food are dominant, Skalická added.

School cafeterias obey the rules set by the Education Act. They follow the nutrition trends that are updated every year, Beáta Dupaľová Ksenzsighová, spokesperson for the Education Ministry, said.

“The changes that target improvement in the quality of children’s diets are assessed by the interdepartmental working group every year, whether it is recipes, technologies, education of employees etc.,” Dupaľová Ksenzsighová told The Slovak Spectator.

Moreover, the European Union’s Strategy 2020 also says that people should eat less salt and less food with added sugar and fat, while they should eat more fruits, vegetables, legumes, milk and dairy products.

Regarding the school snack shops, the Education Act allows the ministry to regulate the goods which often do not follow the proper nutrition principles, Dupaľová Ksenzsighová added.

To remove fast food from schools, Smer MP Renáta Zmajkovičová recently introduced an amendment to the Education Act. It prohibits the sale of additional fast food, food with a salt content exceeding 1.5 grams per 100 grams, sweet baked products and candies. The snack shops should also be forbidden to sell ice cream, ice lollies or sherbets, as well as drinks containing alcohol, caffeine or quinine, energy drinks and sweetened drinks, except for tea and cacao, the SITA newswire wrote.

Violation of the law should be met with €50-€500 fines. The legislator thus wanted to limit children’s access to food of little nutritional value so that shops would sell only well-balanced and healthy food, the TASR newswire wrote.

“The aim of the proposal is to stop the current trend of the increasing obesity of Slovaks, especially among schoolchildren and youths,” Zmajkovičová said, as quoted by TASR.

Though the parliament adopted the change, President Andrej Kiska vetoed the law and returned it to the parliament in mid-November. He objected to its vagueness and ambiguity, TASR wrote.

According to the president, the bill lacks an exact definition of fast food. He also said that it would be advisable to scrap the entire list of banned food items and the respective financial sanctions.

The president further observed that there are a number of instances in which prohibited food groups are not defined clearly, allowing for several possible interpretations.

“As for flavoured beverages, these can also include milk drinks, which are not necessarily unhealthy for children,” Kiska explained, as quoted by TASR.

When The Slovak Spectator went to print, it was still not clear whether the MPs would accept changes proposed by the president or not.

RETAIL chains will probably give more food to socially dependent people as of next year. This may come as the result of an amendment to the law on income tax which will allow them to pay less in taxes if they donate food close to its expiration date to charities, the Sme daily reported in early November.

“It will increase the possibility to raise the food aid in Slovakia and will also contribute to reducing the wasting of food,” said the Slovak Association of Modern Commerce (SAMO), which unites retail chains Billa, Lidl, Kaufland, Metro and Tesco, as quoted by Sme.

Several retailers currently throw away large amounts of food after expiration dates have passed as they are not motivated to donate it, Sme wrote. Under the current valid rules, they can report the discarded food as tax expenses, but only if they prove they had gradually decreased its price before the expiration date, the Finance Ministry wrote in a press release.

Under the new rules, the retailers will be able to donate the food to the Food Bank of Slovakia (PBS), which distributes food to the poor, free of charge. This will allow them to decrease their tax base, meaning they will pay less to the state. The companies will not even have to pay VAT.

One of the reasons for adopting such a change is to prevent the wasting of food, the Finance Ministry said.

“Companies will not have to burn such food and people will benefit from it,” the ministry’s State Secretary Radko Kuruc said, as quoted in the press release.

Members of SAMO say that the number of retailers donating food may increase, as smaller retail chains will also be motivated to give the food to charities. Currently, it is too expensive for them, as reported by Sme.

Peter Seidner of Moja Samoška warns, however, that not all food can be donated. One such example is frozen chicken which should be eaten within five days after it defrosts, Sme wrote.