DEFENCE Ministry officials deny they signed a contract with Czech firearms manufacturer Česká zbrojovka Uherský Brod (ČZUB) using a direct order without informing the public, after the Sme daily made an allegation on November 28, citing a ministry document. 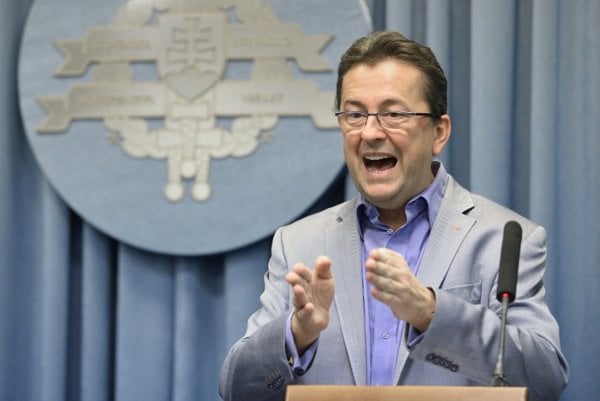 DEFENCE Ministry officials deny they signed a contract with Czech firearms manufacturer Česká zbrojovka Uherský Brod (ČZUB) using a direct order without informing the public, after the Sme daily made an allegation on November 28, citing a ministry document.

According to the daily, a document signed by the Defence Ministry on September 19 says that the ministry agreed to buy 688 Bren assault rifles and the same number of CZ 75 pistols along with accessories in a deal totalling €3.25 million. The arms should go to the members of a new unit of regular soldiers, but as it is not common for different units to have different types of weapons this could mean ČZUB has a strong chance of supplying arms to the entire Slovak army, some 14,000 soldiers.

“The Defence Ministry of the Slovak Republic, following the principles of shared capabilities and intelligent defence is strengthening bilateral and regional cooperation,” the ministry’s spokeswoman Martina Balleková told E15, a Czech daily on November 5. “In 2014 it is related to rearmament of new units of the Slovak armed forces that are being created, particularly the battalion ISTAR - along with assault rifles and pistols which are unified with those used by the army of the Czech Republic.”

The Defence Ministry claims that information reported by Sme is also inaccurate. It does not plan to rearm the whole army and the number of weapons is different from what Sme’s document says. At the same time, officials declined to reveal the exact number of purchased weapons, citing security issues. Officials claim, for example, that they are not buying any pistols.

The Defence Ministry said they made the deal without a public tender because it came as part of an agreement with the Czech Republic about military cooperation under the NATO umbrella. The prices are equal or lower than prices for Czech army purchasing the same weapons.

“We chose the method which is authorised by NATO and European legislation,” Defence Minister Martin Glváč told the public service RTVS. “Since we have to train together we have to certify this group [with the Czech Republic].”

Independent MP Martin Fedor and Ľubomír Galko of Freedom and Solidarity (SaS), who both served as defence ministers in the past, stated that they had not known that the contract was signed until Sme approached them.

“Until now I have been thinking that discussions about the tender are still running,” Fedor told Sme on November 28.

The ministry claims that the contract was not hidden since Slovak and Czech governments declared their interest in making their cooperation in defence more effective in Skalica on April 24, in the presence of both countries’ prime ministers. In August, the Slovak Security Council discussed the country’s security situation, including goals and needs of the Slovak army and the document was subsequently discussed by the Slovak government.

“We have been informing the public about the need for standardisation, including the standardisation of equipment, as well as cooperation with the Czech side for several months via the media,” Balleková told The Slovak Spectator.

Defence Minister Martin Glváč, focusing on this issue during the press conference on November 28, stated that the Defence Ministry does not buy pistols.

He has not, however, said why Balleková told E15 about pistols. She even told Sme that the price for one CZ 75 is €329, matching numbers found in the document obtained by Sme.

Glváč labelled this document as a “scrap of paper” distributed by unspecified lobbyist groups, as quoted by Sme.

Even Interior Minister Robert Kaliňák spoke publicly about the contract claiming that the ministry needs new pistols for police and it could join the Defence Ministry contract. “Pistols
from this Czech firearms manufacturer are of good quality,” Kaliňák said, as quoted by Sme.

Sme asked Glváč about this discrepancy, but answers from the Defence Ministry lack clarity.

“The information given during the defence minister’s speech on Friday [November 28] is related to valid and effective contracts,” Balleková told Sme. “We stress that they are related just to weapons which are introduced in the Czech army.”

In its press release, the Defence Ministry also refuted claims that they are paving the way for rearming the entire Slovak army, saying that it is not interested only in particular Czech brands. The most important issue in arms purchasing are the needs of soldiers. In the case of Brens for the ISTAR battalion, the weapons fulfil the army’s criteria the most, the release argues.

“This weapon is closest to [meeting] those conditions which we – soldiers – have set for this special unit,” said Chief of the General Staff of the Slovak Armed Forces Milan Maxim in the Defence Ministry press release.

The Defence Ministry also points to the fact that ČZUB will create 200 jobs in the town of Nováky, but has not confirmed that giving people work was part of the contract.

“The purchase of weapons for the ISTAR battalion is being realised in line with the law on public procurement and is not related to the creation of job positions in the Česká zbrojovka factory in Nováky,” Balleková said.

The opposition claims that the quiet deal raises objective doubts about the waste of public money; therefore, they initiated an extraordinary session of the parliamentary committee on defence and security to force Glváč to explain the contract, according to the TASR newswire. Glváč said that he has no problem presenting documents related to the contract at the session, RTVS reported.