THE 25th anniversary of the Velvet Revolution, an essential milestone for the development of civil society in Slovakia, found the seat of the government’s proxy no longer vacant. Martin Giertl, who has been involved with the country’s third sector since 1994, took up the post on November 15. Shortly after that, The Slovak Spectator interviewed Giertl over the e-mail about his plans in the office and his views of the state of civil society in Slovakia. 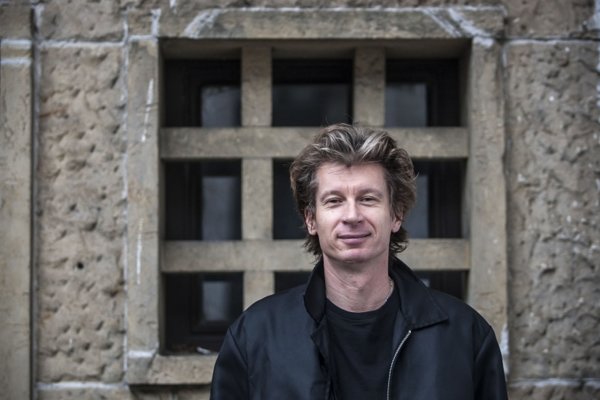 THE 25th anniversary of the Velvet Revolution, an essential milestone for the development of civil society in Slovakia, found the seat of the government’s proxy no longer vacant. Martin Giertl, who has been involved with the country’s third sector since 1994, took up the post on November 15. Shortly after that, The Slovak Spectator interviewed Giertl over the e-mail about his plans in the office and his views of the state of civil society in Slovakia.

The Slovak Spectator (TSS): We have just marked the anniversary of November 1989. How has the civil society in Slovakia developed since then?
Martin Giertl (MG): There is a giant difference between the way citizens were free (or rather not free) before 1989, and the status of fundamental rights and freedoms citizens posses and are able to exercise now. We should never forget the past, or relativise this difference. Never before were citizens this free and had such high degree of protection of their rights as they have now. At the same time, they never had so much responsibility for the state of public affairs. A civil society consists of free citizens who are aware of their rights, who are active, who care about the environment, the community, and the country they live in, and who often want to contribute to improving the state of affairs, mainly in the administration of public affairs. In 25 years the civil society in Slovakia has become, also thanks to the often complicated development of the society, a relevant and often primary moving force of positive changes. Citizens in the past 25 years often faced challenges when many of them as free active individuals or communities decided to exercise their ideas about their environment, human rights, education, help for the vulnerable, socially excluded, marginalised, about control of the ruling power and so on. They have founded formal NGOs, and learned to administer them, secure means for their activities and improve the quality of their activities. Formally and informally they repeatedly managed to join forces and mobilise themselves to achieve their aims. Often they became partners of the ruling power in decisions, drafting legislative changes or new policies. It is amazing what the civil society in Slovakia, compared to the state before 1989, has achieved. A lot of that is mainly thanks to the inspiration from democratic countries of western Europe and the U.S., their know-how and mainly their financial aid at the beginning. We have definitely come closer to these countries with long years of democratic tradition, but there is still a lot of work to do to stabilise the civil society and strengthen its status, so that one day we’ll be able to talk about democratic tradition here as well.

TSS: The Slovak society is often labelled passive: only few things disturb people enough to prompt them to become active in public life. Do you agree?
MG: I don’t feel at all that Slovakia’s citizens are very passive. All important changes since 1989 are a result of the activities of the civil society; such as the fall of Mečiarism [in 1998], the country’s entry into the EU and NATO, the strengthening of democracy, the strengthening of public participation on decisions of the ruling power and its control, all expressions of dissatisfaction of professions or labour unions, campaigns of NGOs, petitions and protests of citizens against the intentions and decisions in the self-administration and central administration, new activities of mainly young people in cities connected with the administration of public affairs, public space, municipal politics and so on. Where there’s no active citizen, there is no democracy. Also based on the historical experience with democracy and freedom, the engagement of Slovak society is what it is. And it is a great progress.

TSS: What should the role of civil society be today? What is your vision of it?
MG: Civil society in Slovakia, and not only here, must continue playing an ever more important role. It is the only way to strengthen democracy and build a just society, where a citizen can rest assured that public affairs are administered reasonably, since they are familiar with it and can participate in it and control it, or, if necessary, even initiate and carry out changes. My vision is to get closer to this.

TSS: Your predecessor passed a framework document, the Strategy of Civil Society Development in Slovakia. Are you satisfied with this document?
MG: The strategy contains the key information about the state of civil society in Slovakia, the ideas about the strategic areas of the development of civil society, the priority measures and tasks and intentions for its development until 2020. The action plan for the years 2012-2013 was passed, too. Filip Vagač, the former proxy, with his office did a good job. It is not important how I’m satisfied with the strategy and the action plan. The office under my leadership will update the action plan in order for it to reflect the current status quo. The proposed measures in the strategy are still valid and make sense, and definitely many of them will be to the point also after 2020.

TSS: NGOs say the main challenge they see in front of them right now is the missing legislative framework for financing their activities. What is your opinion?
MG: The legislative framework of financing NGOs is totally insufficient, or it does not allow most active citizens to properly realise their activities for the benefit of society. The assignation of taxes of companies as it is set today is not and cannot be a decisive way of financing NGOs. Lowering it means a visible decrease in the financial resources of NGOs, and so it is disadvantageous for the civil society unless there is some compensation. Since the departure of foreign donors in 2002 there was no legal measure that would allow NGOs to secure their basic existence. All forms of financial support are meant for their activities and projects, and not for the institutional securing of NGOs. In practice that means that they don’t have resources for their overhead costs and for the salaries of full-time employees who have worked in the organisation for years, and are good professionals. But you can apply for the financing of projects. This has caused many organisations with long years of experience to cease to exist, while on the other hand we often see emerge ad hoc subjects, or single activities and projects. Other legislative frameworks of support that have been proposed, such as charity advertisement, haven’t been passed yet. It is also necessary to change the grant laws for ministries, so that the state grants can be used for institutional securing of organisations, or find some other ways of financing NGOs. In order for the typical philanthropists to emerge in Slovakia, and to build the relations between donors and NGOs, it is necessary to change tax laws. But that also requires enlightened and socially responsible rich people and politicians. The state should have the obligation to motivate private donors through legislation. At the end of the day, it is beneficial for the state and the whole society.

TSS: Some representatives of NGOs have admitted in interviews with TSS that there is no debate going on within the sector about the ethical rules for NGOs, and about how they could regulate themselves from within.
MG: Rules of ethics for NGOs have been discussed at least since I entered the third sector in 1994. The standards for NGOs are given by the internal documents of the organisations, the legislation, or the rules of the donors (the state, European and other funds), and also by the social reputation of the organisation. I don’t see self-regulation or ethics as serious problems of NGOs. The serious problems what NGOs, and also donors and the public administration, see, is the fragmented character and the insufficient registers of NGOs. There is no legal duty to have a register of civic associations as the most frequent legal form of NGOs. The proxy office, together with the NGOs and the Interior Ministry, is now preparing a law to introduce a comprehensive register of NGOs. I think that passing such measure will help not only the public administration and donors, but also the NGOs.

TSS: What are your priorities as the proxy?
MG: In the initial months my priority will be to get familiar with the wide-ranging agenda of the proxy office, to do what needs to be done, and to try to fulfill the statute and the mission of the office with an excellent team of people. If it goes well and is beneficial for the development of the civil society in Slovakia, I will tell myself that it made sense to be the plenipotentiary.

Martin Giertl, born in 1966, is a lawyer who has focused on human rights all throughout his career. He started at the Foreign Ministry in 1993. In 1994 he entered the third sector, the Charter 77 Foundation, where he focused on providing free legal aid in the area of human rights protection, national and other minorities, poverty-stricken people, children. He also served as a consultant for NGOs.