Number of cancer deaths is on the rise

ABOUT ONE quarter of deaths in Slovakia is caused by cancer, statistics suggest. Though the situation is still better than the European Union average, the number of people suffering from colon cancer is alarming as it is the second highest in Europe. Experts say that the situation could improve with active screening. 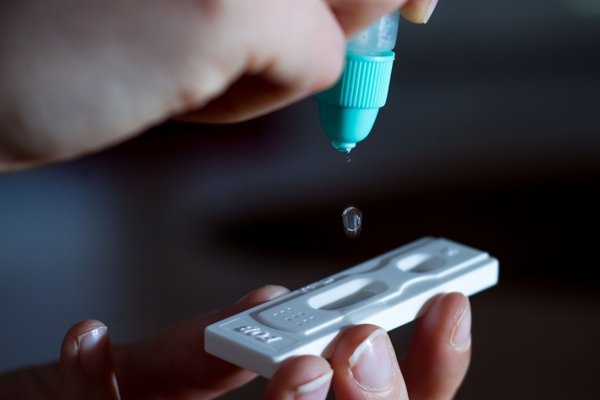 ABOUT ONE quarter of deaths in Slovakia is caused by cancer, statistics suggest. Though the situation is still better than the European Union average, the number of people suffering from colon cancer is alarming as it is the second highest in Europe. Experts say that the situation could improve with active screening.

Altogether 52,089 people died last year. In 13,183 cases the cause was cancer, the data from the Statistics Office (ŠÚ) obtained by the Sme daily show. Moreover, the statistics suggest that the number of people dying of cancer is increasing. The number of deaths in 2013 was some 2,500 higher than in 1992 when it stood at 10,625, the daily wrote.

“The number of cancer cases is increasing across Europe,” Stanislav Špánik, chief expert of the Health Ministry in clinical oncology, told Sme, “one of the reasons is the increasing life expectancy of people and with increasing age the number of tumours also rises.”

The situation in Slovakia is, however, still better compared to other European Union countries. The highest number of deaths from cancer is in the Netherlands, Slovenia and Ireland where it stands at more than 30 percent, the Eurostat statistics from 2011 suggest. Slovakia placed 19th out of 30 surveyed countries (EU28 plus Switzerland and Norway).

The most deaths among cancer types are caused by lung cancer. While 20.8 percent of all oncology patients on average die of this disease, in Slovakia it is only 17.1 percent. The only countries that have a lower share are Latvia, Sweden and Portugal.

Slovakia, however, stands out when it comes to colon cancer. Up to 15.3 percent of cancer patients die of this disease, which is the second highest number after Hungary (15.5 percent). The EU average is only 11.9 percent, Sme wrote.

“The Czech Republic and Hungary, together with us, are at the highest positions, so it probably relates to the lifestyle and meals in this region,” Špánik told Sme.

Another reason for such a high number can be the stage in which the disease is revealed. Unlike some western countries, Slovakia lacks active screening of the rectum and colon for cancer, Sme wrote.

Though cancer occurs more often among higher ages, chances of detection are decreasing with increasing age. While about one third of people younger than 65 years of age died of cancer, in cases of people older than 65 it dropped to one fifth, Sme wrote.

In Slovakia, patients older than 50 and people who are more likely to suffer from cancer can undergo the stool guaiac test once every two years free of charge and a preventive examination of the rectum and colon by colonoscope once in 10 years, Sme wrote.

“The preventive checks are not screening,” Špánik told Sme, adding that screening should be more organised and the medical facilities should actively search for people endangered by cancer.

Špánik adds that this is not possible because of high costs and late results.
“If we launched screening today, the first results would not appear for one to five years, the drop in the death rate will be seen in 15 years,” he told Sme.

The stool guaiac test, which can indicate the disease, costs €6.30, said Branislav Cehlárik, spokesperson for Dôvera health insurer. The colonoscopy costs from €52 to €78, the daily wrote.

The Health Ministry however says that even the blanket active screening is not the guarantee to decrease the number of colon cancer cases. Patients do not use the opportunities they currently have, said Martina Šoltésová, the ministry’s spokesperson.

Except for the high number of patients suffering from colon cancer, Slovakia also posts a high number of those with pancreas cancer per 100,000 inhabitants. This is also affected by lifestyle and eating habits, Tomáš Šálek from the National Oncology Institute told Sme.

“This can be related to eating pork and red meat in general, with a high share of food containing many calories, and a low share of fresh fruits, vegetables and fish,” Šálek said.

The diseases occur mostly in western and southern Slovakia. Šálek explains that this is caused by the relative wealth of the south and poverty of the north where people used to eat more beans and cabbage.

He also says that to fight the diseases, screening is necessary.

“We are trying to implement the systematic, blanket screening,” Šálek told Sme.