A Night at the… Theatre

THERE are several events in Slovakia that try to entice visitors and show them something “beyond the common experience”. One of them is the Night of Theatres, originally started in Zagreb theatres, that has now expanded across Europe – and also to Slovakia. 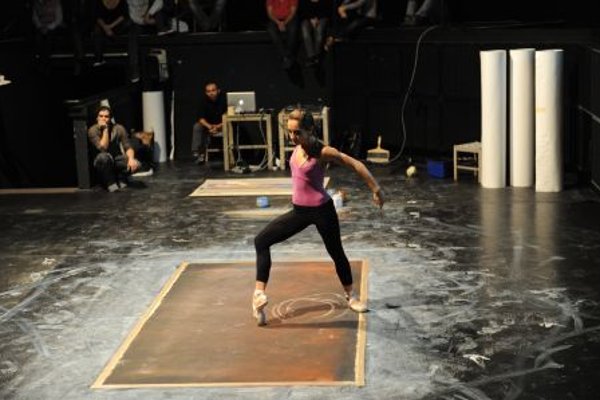 THERE are several events in Slovakia that try to entice visitors and show them something “beyond the common experience”. One of them is the Night of Theatres, originally started in Zagreb theatres, that has now expanded across Europe – and also to Slovakia.

In 2014, a record number of theatres participated in it: almost 50 in 18 cities and towns. The fifth year took place on November 15, on the night of nationwide municipal elections which may have impacted the attendance.

“We are glad that the interest of theatres keeps growing every year,” Vladislava Fekete, head of the coordinating Theatre Institute in Bratislava, said as quoted by the TASR newswire. “The quality and creativity of the programmes is increasing too. This event connects all types of Slovak theatres – through a joint applause at 19:00, and offers a special experience for the audiences.”

In Bratislava, it was necessary to register in advance, which slightly complicated the original idea of hopping from one theatre to another, experiencing several programmes. However, some of the venues were really small and the bigger ones were usually in high demand, and so it turned out to be quite prudent.

The biggest – and greatest – Slovak theatre by its very definition, the Slovak National Theatre, lured visitors with drama (Ball and Midnight Mass), an operatic flash mob in the central hall of the new building with soloists Ľudovít Ludha and Jana Bernáthová on the top of stairs and choir dispersed casually along the rails) and a special guest from Vienna who managed to connect ballet with visuals and also an event.

Signapura, or Traces of Ballet, is a project of Luis Casanova Sorolla, a Peruvian artist living and working in Vienna, who, fascinated by the beauty of the ballet and also by the traces of ballet shoes on the floor, started to scatter powdered pigment on special paper, enabling dancers to leave their traces not just in the form of ephemeral memory, but a visible, physical one directly on the paper. He records the process on video and preserves the results, which are sometimes very aesthetic and decorative.

Out of the SND ballet troupe, seven soloists (five individuals and one couple) agreed to improvise – which is an unusual thing itself for ballet dancers – to the piano music of Philip Glass at the rehearsing stage. It is noteworthy that sometimes the visual result was more interesting than the dance performance, while in other cases the opposite was true.

Sorolla explained his project, showed some of the videos, and praised the Slovak theatre’s soloists for their willingness to try something new, their creativity and openness. The visitors applauded him and the dancers for an extraordinary experience.