The oldest hotel in the Tatras undergoes reconstruction

AFTER 20 years of dilapidation, the Lomnica Hotel in Tatranská Lomnica is now undergoing a thorough reconstruction. 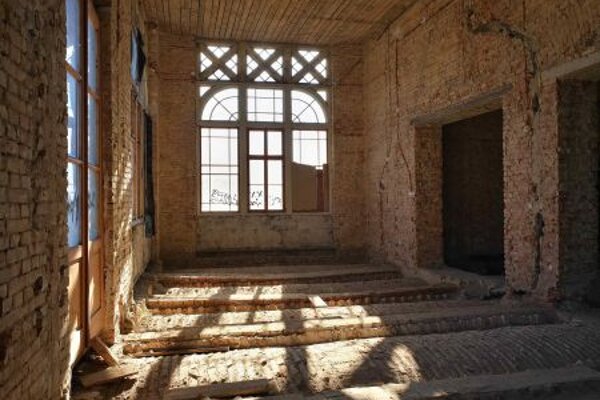 AFTER 20 years of dilapidation, the Lomnica Hotel in Tatranská Lomnica is now undergoing a thorough reconstruction.

The building, finished in 1893, will reopenby next spring and will require an investment of at least five million euros. Currently, the hotel does not resemble at all its old glory days: the plaster cast is falling off, and broken windows and a devastated interior are the long-time sad reality of this important historical building.

The intention of the new foreign investor is to return back the hotel back to its past glory, and it has been also positively perceived by preservationists. Original vaults, cast-iron colonnade, well-preserved wooden beam constructions and the ceiling will remain the embellishment of the construction. The capacity will be increased from original 28 to 70 rooms, with a total of about 140 beds of all categories. The reconstructed hotel will consist of the historical and the newly added building. The historical part will also include – apart from accommodation facilities – the original café with terrace. In the cellar, there will be a wine collection, specialised cognac bar and picture gallery.

In the back part, in the place of former warehouses, there will be a new extension added, comprising a congress hall, wellness facility, spa and underground parking lot.

Peter Kopčák of the architectural-designer company GFI, a.s. which is the main planner of the Lomnica Hotel, told the SITA newswire that the new parts shall complement the historical parts, help them to be presented as positively as possible, and also add the necessary modern comfort. “During the inspections, we were nicely surprised by the enthusiasm of locals, and also visitors – we even got some interesting historical photos in this way,” Kopčák added.

The Lomnica Hotel was the first one in the Tatras, built in 1893 according to the blueprint of renowned architect Gedeon Majunke of Spišská Sobota. After its completion, it had primacy in several aspects: for example, it was the biggest half-timbered building in the Austro-Hungarian Empire, and also the most magnificent and most sought-after hotel. The main investor was the Spiš Credit bank in Levoča. The four-storey-hotel had 28 rooms, a restaurant and a café, and later on, the first offices of the spa management and a post office. Only after the Tatra grand-hotels were gradually built – in Starý Smokovec, Tatranská Lomnica and Štrbské Pleso in 1904 and 1906 – did Lomnica lose its privileged position. For long years, the Lomnica Hotel belonged to the Interhotel Tatry chain, but later changed owners several times. Currently, the building is inscribed on the national monuments list, but is has been closed down and dilapidating for about 20 years.