PRIETRŽ, a municipality in western Slovakia, officially opened a new education, or informative, path leading to the so-called Hussite walls at the end of October. 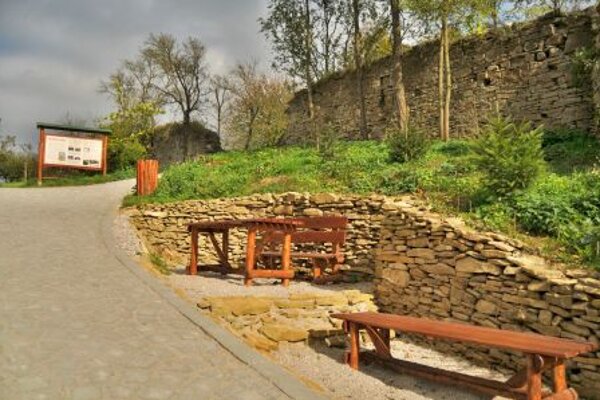 PRIETRŽ, a municipality in western Slovakia, officially opened a new education, or informative, path leading to the so-called Hussite walls at the end of October.

“The walls, or bulwarks, is one of the sites of interest in our village,” mayor of Prietrž (lying in the district of Senica), Dana Blažková, told the TASR newswire. She added that the walls in fact are probably not Hussite at all, despite being popularly called so.

The protectionists researched the old monument and came to the conclusion that it is probably a fortification of an already perished church in the part of a village called Vŕšok, which might rather have been used in defence against a large Ottoman offensive in 1663, although it could have played a role also in the Hussite times. A more specific date could not be given.

The walls are 54 metres long, 36.5 metres wide and have corner bastions. Along the whole fortification wall, 61 embrasures are made, but the original number is assessed at 63.

The way to the monument has been paved and three information sign-boards have been placed along it. The civic association called Podhoran residing in Plavecký Peter (where Prietrž is a member) received €38,000 in total for the project from the European Union Funds.

“The view from there over the whole village and surrounding land is beautiful,” Blažková said. A resting place has been built there, and with a Catholic cemetery lying inside and a Jewish one outside. “We believe that the new education path will be one of the main attractions for tourists to visit the village consisting of solitary cottages. They can also see our reconstructed Slovak National Uprising Monument with museum at the Hrehuš’s place, or the nearby lookout point Lipovec,” she added.