THE NATIONAL Bank of Slovakia (NBS) has lowered its economic growth projections for the coming years, but says growth will still be fast enough to create new jobs. 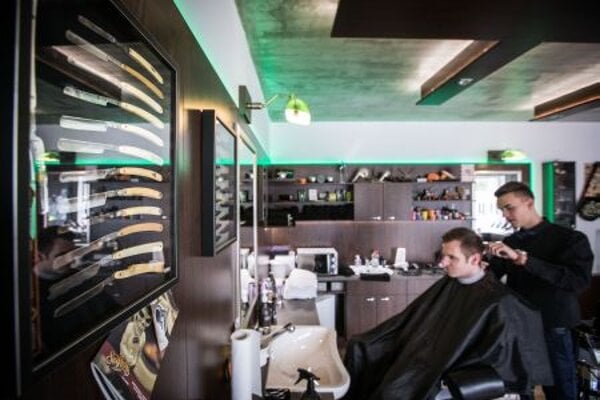 THE NATIONAL Bank of Slovakia (NBS) has lowered its economic growth projections for the coming years, but says growth will still be fast enough to create new jobs.

The latest prognosis of the central bank was influenced on the one hand by expected stronger local demand and weaker exports, the NBS Governor Jozef Makúch explained on December 9.
“The latest eurozone prognosis for next year recorded a tangible slowdown, which translated into lower estimates for the growth of the Slovak economy, especially for 2015 and 2016,” Makúch said.

The greater share of local demand contributing to Slovakia’s economic growth means that new work places will be created despite the lower overall growth rate, he said.

“If the growth of the gross domestic product were made of export as well as consumption of households, the growth of 1.5 percent would be high enough to generate labour,” Ján Tóth, NBS vice-governor, said, as cited by the Hospodárske Noviny daily.

Tóth added that if the Slovakia’s economy is driven exclusively by exports, new jobs would be generated only at the growth of 2.6 percent.

In Slovakia, and Europe in general, growth is no longer driven by a tech boom, experts say. In past decades this helped spur productivity and growth. Zdenko Štefanides, analyst with VÚB bank, explained that along with taking over know-how and technologies from the West, also labour productivity grew faster, but this space for the growth has been already used up and companies now need to employ new workers, and take on new costs, to continue growing.

Another reason is higher domestic consumption propelled by rising wages and low inflation, while this means that people are spending more.

“This generates jobs in services while a much smaller impulse is needed, than, for example, in industry,” Vladimír Baláž, a prognosticator from the Slovak Academy of Sciences told Hospodárske Noviny, adding that most new jobs are being created in medical services, but also culture, hotels and spas.

The central bank has lowered its previous prognosis of inflation under the influence of especially lower prices of energy and food. It decreased the harmonised inflation (Harmonised Index of Consumer Prices - HICP) from original 1.2 percent to only 0.5 percent for 2015.

This year it expects the inflation to be negative, -0.1 percent, contrary to previously forecast zero inflation.

The slower growth of prices will have a positive influence on real wages. After the predicted growth in 2014 of 4.2 percent, real wages should increase by 2.2 percent in 2015.

The latter means an improvement from 1.4 percent in the previous NBS prognosis. In the case of harmonised inflation, the central bank lowered its previous prognosis from the original 1.2 percent to just 0.5 percent for 2015.

But according to the central bank, Slovakia’s economy, despite the expected growth, will not reach its potential and in spite of continued growth, investments will not reach the pre-crisis level.

“For long-term sustainable growth of the Slovak economy and employment, it is necessary to continue with the implementation of structural reforms supporting the business environment and labour market flexibility,” Makúch said.

He added that fiscal policy should complement monetary policy through these reforms and consolidate mainly to support growth, whereby the aim of fulfilment of this may be helped, in addition to structural reforms, also by improved absorption of EU funds.