Second pillar to start paying out

IN LESS than one month all people who have reached, or who are are going to reach, 62 years before the beginning of next year and saved money in the so-called second pillar can begin drawing money from their private pension savings for the first time. Though the first payments will be in just tens of euros because of the short saving time, around 3,000 new retirees can look forward to at least a slight increase in their old-age income, as compared to just the state system. 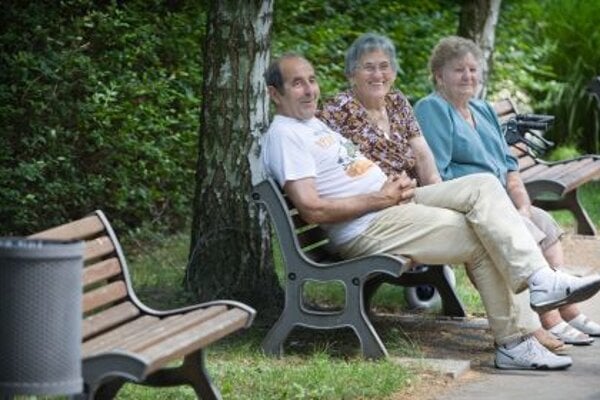 Slovaks are not aware enough of the need to save for retirement. (Source: SME)
Font size:A-|A+

IN LESS than one month all people who have reached, or who are are going to reach, 62 years before the beginning of next year and saved money in the so-called second pillar can begin drawing money from their private pension savings for the first time. Though the first payments will be in just tens of euros because of the short saving time, around 3,000 new retirees can look forward to at least a slight increase in their old-age income, as compared to just the state system.

Life insurance companies that are going to act as intermediaries between savers and pension funds are already preparing themselves for the upcoming payouts. So far, just three insurance companies have applied with the National Bank of Slovakia (NBS) for the necessary license, Allianz - Slovenská Poisťovňa, Generali and Union.

“We were warning during the whole period of creating the legislation on the payment of pensions from the second pillar that the system should be simple, transparent and not include redundancies,” Miroslav Čamek from the Slovak Insurance Association (SLASPO) told The Slovak Spectator. “However, this was not fulfilled and also the interest of insurance companies in payment [of pensions] corresponds with this.”

According to Čamek, there are already several other insurance companies wanting to join the payout scheme in three to five years, when the market will be bigger and “especially when it will be clear whether the current practice of abusing the second pillar for political reasons will go on, or if politicians will finally decide to take a a responsible stance to this part of the pension system”.

Based on this sum, Sociálna Poisťovňa will address licensed life insurance companies to prepare their bids. Afterwards, the social security provider will send a letter to the saver to choose a concrete insurance company.

The scheme will run through the central bidding information system to be managed by Sociálna Poisťovňa, which has yet to be launched.

The three insurance companies are preparing for payment of pensions.

“As in any new thing this will bring situations which will have to be solved on the run,” Artur Šturmankin, spokesman for Allianz - Slovenská Poisťovňa, told The Slovak Spectator, adding that there is only a short period of time between passing the legislation and its implementation.

At Union they expect that competent institutions are going to finalise legislation and technical requirements shortly so all insurance companies that applied for the payout licence will be able to do so, Union spokeswoman Judita Smatanová told The Slovak Spectator.

The short period of saving – the second pillar was launched only 10 years ago – means that the first payouts will be low. According to Radovan Ďurana, analyst with the Institute of Economic and Social Studies, the average saving in the second pillar is still low and is between €4,000 and €6,000. This corresponds to an initial monthly pension between €20 and €25.

Ďurana further recalled that the annuity revision also decreased levies paid to the second pillar. At the moment Sociálna Poisťovňa sends only a 4-percent levy from the monthly earnings to the private pillar in contrast to earlier 9 percent rates. This means that a person with an average wage of €850 in Slovakia saves €408 in the second pillar annually. It will depend on the ability of the management company whether the value of savings would grow over the time and whether the monthly allocation would increase to 6 percent.

Šturmankin of Allianz – Slovenská Poisťovňa points out that interconnection between savings time, the amount of saved money and appreciation during the saving phase, is the decisive factor in annuity growth, so the increase of pensions will depend on future changes to the social system.

Pension savers who gained entitlement to draw annuity from the second pillar have not saved sufficient funds until now, said Jiří Čapek, CEO of ING life insurance company. While 86 percent of Slovaks will live to retirement age, only one-third of them save for retirement in the third, voluntary, pillar.

“Due to low financial literacy in Slovakia, every pension fund management company is trying to teach people about finances, at its own cost,” Žofčák told The Slovak Spectator.

According to Ďurana, financial literacy is improving, albeit slowly. People will take more care of their own pension savings if they see successful and also unsuccessful savers in their surroundings, he said.

Pension saving is also affected by the lack of knowledge about the second pillar, a general lack of interest in personal finance, distrust in the system, and, especially, low personal income levels and high living costs, Žofčák added.

Ďurana recalled that the first pillar, known as the state pay-as-you-go pension insurance, nowadays generates enormous loss and it is subsidized by an amount of nearly 10 percent by taxes.

“It is a kind of so-called pyramid game: that there will be a sufficient labour force when I retire is more risky than relying on savings in the second pillar to appreciate,” Ďurana said.