CHANGING technology has a strong impact on all economic sectors, but perhaps none more so than on banking. Even as banks adapt, there are still more prospects for a shift towards virtual banking, with smartphones likely playing a key role. 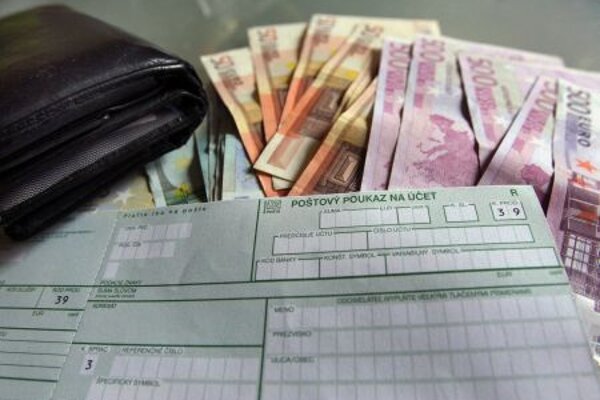 CHANGING technology has a strong impact on all economic sectors, but perhaps none more so than on banking. Even as banks adapt, there are still more prospects for a shift towards virtual banking, with smartphones likely playing a key role.

“I see the future of communication with clients definitively in online communication, either via classic internet banking, various forms of chat or via an application for smartphones,” Tomáš Legerský from FinancnaHitparada.sk, the website comparing financial products told The Slovak Spectator. “With respect to the constantly decreasing need for cash it is possible to assume that in the future, the number of bank offices will decrease. They will simply not be needed.”

While this may increasingly be the case in the future, for now, brick-and-mortar bank offices remain important.

“Personal contact is and will also always be very important,” Tatra Banka spokeswoman Marína Masárová told The Slovak Spectator. “The existence of a bank office is a reflection of the stability and credibility of the bank; in more complicated issues, such as mortgages or issues of money appreciation, the personal appointment with a bank employee will always be used by clients.”

The way banks communicate with their clients has dramatically changed over the last decade. The number of internet users and holders of smart devices has increased exponentially and banks have responded with internet banking and the development of banking apps for smartphones or tablets.

Legerský recalls that while in the 1990s it was common to come across a person without a personal bank account receiving his or her wage or pension in cash, today this is scarce. This also reflects in that as late as 2005, 42 percent of Slovaks age 16 or older did not have experience using the internet. As of 2013, 78 percent of households used the internet.

“Because of this we can see an increased activity of banks towards online communication,”
Legerský said. “Banks realise that it is significantly cheaper and more effective for them when they manage to take care of their clients outside a bank office.”

While one person at a bank office is able to attend only one client during a certain period of time, internet banking can service several clients at the same time with minimal participation by bank employees.

“Personal contact still has its place in Slovak banking,” Legerský said. “It is important, especially for older clients.”

Nevertheless, many clients have already grown up in the electronic world. This environment is natural for them and they expect just such an approach from their bank.

“Because people spend a lot of time on the internet and social networks, they want to solve their banking this way too,” Lukáš Tomis from the online Zuno bank said to The Slovak Spectator.

Even a conservative business like banking cannot avoid the phenomenon that is social media. While banks are in agreement that it is an important tool for communication, they each have their own strategies. Some use them for enhancing their engagement with or the loyalty of clients, while others let clients use social networks to make actual payments.

“Social networks are kind of a free island in the world of communication, although their role is gradually changing,” Pawel Kucharski, an executive director for sales, marketing and products at direct mBank told The Slovak Spectator. There, clients can openly express and discuss their views on the bank’s services while the bank can directly respond, he added.
While mBank sees social networks as more than a communication tool and actually allows payments via Facebook, Tatra Banka is more cautious.

“We use Facebook strategically for deepening the loyalty of clients, collecting feedback on our products and services, as well as a way to be close to our clients when solving their questions related to our services,” Masárová said.

Zuzana Ďuďáková, a spokeswoman of UniCredit Bank Czech Republic and Slovakia, the branch of the foreign bank, recalled that the arrival of social networks changed the communication between banks and clients from one to two-way communication. Still, she emphasised that the strategy of a bank on social networks must be well thought out.

Unicredit Bank said that the recipe for success is based on consistency.

“All the ways of communication, whether visiting the branch, watching TV adverts or looking at statuses on Facebook should impress customers in the same way,” Ďuďáková said.

According to Legerský, banks can communicate via social networks about special events, interesting news from the world of finance, special bank activities or competitions. This is because banks realise that people prefer fun and entertainment on social networks over more standard types of advertising.

“A well-timed, prepared and communicated competition or an event by a bank will certainly produce a larger effect than an ad banner,” Legerský said.

The future of the communication strategies of banks will depend on changes in technology, but if the past is any indicator, more smartphone integration is expected.

“We see the heading in the future certainly in making the service more virtual,” Milada Halová from Tatra Banka told The Slovak Spectator. “Consultancy will move onto the screen of a computer or smartphone. When a client uses a branch office, it will be for specific and more complex questions to which a physical contact gives added value.”

According to Kucharski of mBank, although it is not possible at present to fully predict how technologies and sales channels will be used in the future, the most successful companies will be those placing greater focus on personalisation, speed of delivery and customer care.

“Thanks to big data, customer segmentation can be brought to a brand new level – it will be possible to prepare and target the service for even the smallest group of customers,” Kucharski said.