LOAN consolidations are being propelled by record low interest rates, leading to increased competition among banks for retail clients. 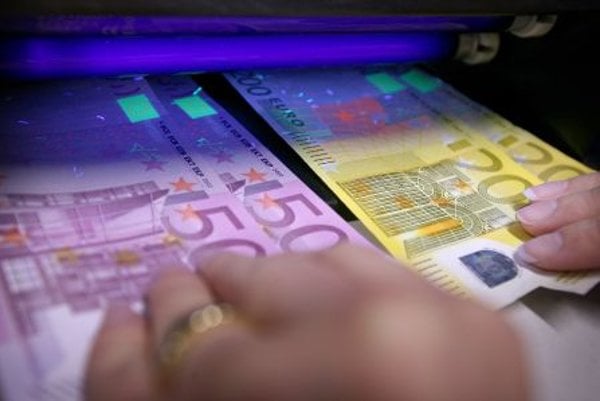 LOAN consolidations are being propelled by record low interest rates, leading to increased competition among banks for retail clients.

“The interest [of banks to offer consolidation loans] results from a normal business strategy whose aim is to increase a bank’s market share and make a profit,” Tomáš Legerský, from FinancnaHitparada.sk, the website comparing financial products, told The Slovak Spectator.
Legerský explained that since the provision of loans to the business sector in Slovakia is at a low level in the long term, it is natural that banks have identified the retail segment as the market in which to generate profit.

“Because of this, the competition between banks for a retail client began to escalate,” said Legerský, seeing the improving economic situation of the population during the post-crisis period and the historically low interest rates from the side of the European Central Bank, among others, as factors that are pushing interest rates of new loans down. “This results in a growing gap between interest rates of older loans and the new ones.”

“There are enough free funds on the bank market and because of this, banks nowadays are also able to refinance record cheap housing loans with a sufficient margin,” Kľocová told The Slovak Spectator, adding that simultaneously they can offer new clients their other products, as clients applying for a loan usually establish a normal account in the same bank.

Ovčarik pointed out that on the other hand, consolidation means a loss for another bank because some clients also logically move to competing banks. Smaller banks, trying to attract the clientele of the major banks or non-banking lenders, are quite active in the provision of consolidation loans.

The trend of consolidation and refinancing of loans has been in Slovakia for several years.
“People try to manage their finances more effectively and this is why they also use the possibility to join several loans into one,” Kľocová said.

It may seem that the reason for merging loans is high debt and the inability to repay the loan, but Peter Világi, senior analyst at Fincentrum, explains the situation differently.

“We cannot say that consolidation is mostly used by people who are not able to handle debt. Quite the opposite: there are more clients who are seeking more favourable conditions of the loan,” Világi told The Slovak Spectator.

Ovčarik added that the legislative changes making an early settlement of old loans without fees easier have supported the trend of consolidation and refinancing loans.

The principle of consolidation is that the debtor takes one bigger loan by which he or she settles all his or her existing loans, for example, loans from non-banking institutions, leasing contracts or debt on credit cards, Michal Kopecký of VÚB bank told The Slovak Spectator.

This makes a client’s financial situation more transparent, usually gets them a lower interest rate and a reduction in fees. Simultaneously, consolidation enables the client to extend the settlement of the loan to a longer period, meaning lower monthly instalments. Often clients use consolidation or refinancing for borrowing additional money.

Legerský sees the latter trend as dangerous because he considers that the main reason for consolidation or refinancing should be the reduction of the volume of money people pay beyond the principal or reduction of the monthly installment.

“Alas, today’s trend heads rather in another direction,” Legerský said. “Clients subdue to the attractive offer to utilise the favourable situation on the market with interest rates and during refinancing they increase the rest of the loan.”

Problems may occur if the new loan has a variable interest rate.

“Such an increased loan could be a risk that any future growth in interest rates will cause clients to simply be unable to repay higher payments,” Legerský said.

Banks list several reasons why clients reach for consolidation or refinancing of loans. It may be efforts to reduce the interest rate or the monthly payment, to expand the terms of payment or to borrow additional money.

“For more than 50 percent of Slovaks, the interest rate is the decisive factor,” Lukáš Tomis, spokesman for Zuno bank, told The Slovak Spectator.

Tatra Banka has been tracking an increase in loan consolidations for several years and due to advantageous conditions this form of loans has been used more and more often, Marína Masárová, spokesperson for Tatra Banka, told The Slovak Spectator. She specified that at Tatra Banka the average consolidation loan is about €11,000 and in the case of consolidation of a loan secured with a real estate, this is about €66,000.

Zuno reports that refinancing makes up more than 20 percent of its portfolio while the volume of provided loans increased by almost three times compared with 2013. The average consolidation loan at Zuno is about €7,000 when the average maturity is 54 months.

At VÚB they see refinancing loans as a driving force of the whole credit market when the volume of refinancing consumer loans doubled compared with the previous year and their share of total production increased from 3 percent in 2012 to 36 percent this year. Re-financing mortgages account for almost half of the volume of new loans, Kopecký said.

“The advantage is that in the case of refinancing of bank loans, the bank has at disposal the history of their repayment,” he said. “Compared with the situation when a client is taking the first loan and the bank does not have the possibility to assess how responsibly he or she would approach repayment, this means a lower rate of risk.”

The growing competition between banks pushing interest rates down is in line with the benefit of the trend of consolidation or refinancing of loans.

“Consolidation of loans is a natural development of the credit boom, which we can see in Slovakia over the last few years,” Legerský of Finančná Hitparáda said. “This trend was logically preceded by enormous interest from the side of clients in consumer loans, which resumed after the stagnation after the outbreak of the [economic and financial] crisis.”