Corporate loans on the rise

AFTER a two-year decline, banks in Slovakia are reporting an increased demand for corporate loans. While low business confidence accounted for much of the lull, analysts cite a return to investing in growth as the engine of the more recent revival. 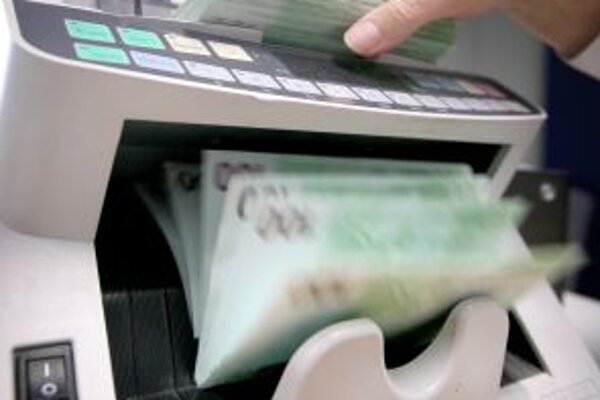 AFTER a two-year decline, banks in Slovakia are reporting an increased demand for corporate loans. While low business confidence accounted for much of the lull, analysts cite a return to investing in growth as the engine of the more recent revival.

“The economic situation has notably improved in 2014,” Andrej Arady, economic analyst with VÚB bank, told The Slovak Spectator, adding that compared to the 0.9 percent economic growth in 2013, the growth has exceeded 2 percent so far this year. “I consider the revival of the general growth and investments to be the main factors of the increased interest in loans by companies.”

The increased borrowing, and thus increased investing, is a recipe for more growth in the future, he added.

ČSOB analyst Marek Gábriš says bank loans play an even more important role in the European economy, as companies are less likely to issue bonds as a means of investing in themselves. “The banking system is like the circulatory system in the human body,” Gábriš told the Hospodárske Noviny daily.

Gábriš recalled that corporate loans have been decreasing for almost two years, but not necessarily because banks were not willing to lend. “The decline was rather linked with a lack of demand and a drop in investments and investment activities of companies, as well as the decline of business confidence with the arrival of crisis and a slow revival,” he said.

The situation began to stabilise only in late 2013. At the beginning of 2014, the development was still oscillating and it stabilised gradually in summer.

“Even though we can speak about some stabilisation, it is still too early to be a big optimist,” Gábriš told The Slovak Spectator.

Year-on-year the amount loaned for non-financial corporations grew by 4.6 percent in July, followed by 5.7 percent in August.

Total corporate loans provided by Slovak banks amounted to €16.3 billion as of August, Tatra Banka analyst Juraj Valachy said, before adding that smaller companies began to take loans from their mother companies to a bigger extent after Slovakia adopted the euro in 2009.

Short-term loans (up to one year) make up roughly 35 percent of them, while 1.5-year loans account for 25 percent. The rest are longer than five years. Valachy explained that in the case of short-term loans, these are typically operating loans for the purchase of materials and so on, whereby long-term loans finance bigger investments. Based on data of the Slovak Statistics Office, investments have been growing since the end of 2013, but this has not reflected yet in the growth of corporate bank loans.

“This is probably because companies get the investment goods [equipment] directly from the parent company and do not take out a bank loan for its purchase,” Valachy said. “Another reason is that instead of a bank loan, they take out a loan from the parent company and thus we are not seeing the revival of investment activity in the growth of loans provided by Slovak banks.”
Commercial banks in Slovakia confirm an increase in corporate loans.

“The turn occurred during roughly the last 12 months thanks to demand of companies for long-term loans which increased as a consequence of the factors: the revival of investments and financing of acquisitions and changes in ownership relations of companies,” Michal Kopecký of VÚB banka told The Slovak Spectator. “Also, historically low interest rates helped to revive demand.”

According to Arady, rates are so low because of the relaxed monetary policy of the European Central Bank (ECB) while most of the ECB’s measures are focused on support of providing loans to the private sector. Here he listed, for example, the programme to purchase asset backed securities and targeted long-term refinancing operations.

Kopecký recalled that aggregate loans provided by local banks to non-financial companies increase by 1.3 percent during the first seven months of 2014, while at VÚB this increase was even higher, exceeding 2 percent.

Since January the volume of long-term loans has been more or less stagnating, while the development of loans with maturity between one and five years is better. They are seeing a gradual improvement, especially in service sectors like transport, storage and activities related to real estate.

Norbert Hovančák, director of firm centres of Slovenská Sporiteľňa (SLSP), sees the economic growth demonstrated by the increase in orders, and thus the need to finance the expansion of production capacity, as driving demand.

“But the growth of the orders is not the only reason,” he said. “Also the fact that companies have not invested into their capacities since 2010 contributes to the revival.”

In terms of interest in loans, SLSP registers, along with a moderate increase in demand for long-term investment loans, also a slowly growing demand for the financing of trade activities like factoring or special solutions like contract financing. Tatra Banka is also registering a more significant increase in loans in the sector of factoring, while in the segment of investment financing it reports a moderate increase in the financing of housing construction while especially bigger companies or strong companies in terms of capital are those more interested in financing.

Small businesses report increased demand for loans caused by the need for capital to start a business and a lack of such capital elsewhere, according to Vladimír Sirotka, president of the Slovak Association of Small Businesses (SAMP). According to him, the sector of small and medium-sized enterprises is undercapitalised while he sees current interest rates, even at between 5-8 percent, as still being too high. Another obstacle is guarantees required by banks that are as high as two to two and a half times the principal.

“Banks are cautious, more than before the crisis, and prefer certainty to risk,” Sirotka told The Slovak Spectator. “A small business is often not able to provide such a guarantee.”
Expectations

Banks expect that the demand for corporate loans should continue to grow, but that the growth might not be as quick as has been the case as of late.

“The demand should be further propelled by reviving investments as well as activities on the side of acquisitions and restructuring of companies,” said Kopecký of VÚB.

SLSP expects that the volume of corporate loans would increase this year by 2-3 percent while investment loans may increase even faster, according to Hovančák.

Valachy said future trends depend on larger economic development, but warned that Slovakia’s economy might grow slower than the Tatra Banka estimate of 3 percent from the summer.

According to Gábriš, loans may continue to grow year on year while a lot will depend on whether the investment activity of companies continues and at what a pace. Investment activity is also often connected with how effectively the public sector draws on EU funds.

Arady of VÚB warned that the current weakening of the European economy coupled with insecurity resulting from the conflict between Russia and Ukraine remains a huge risk to future growth.

“During times of insecurity companies are afraid of new investments,” said Arady. “As long as this conflict is on the table, the exuberant growth of investments and related provision of loans will be suppressed.”