Insurers keeping up with fraudsters 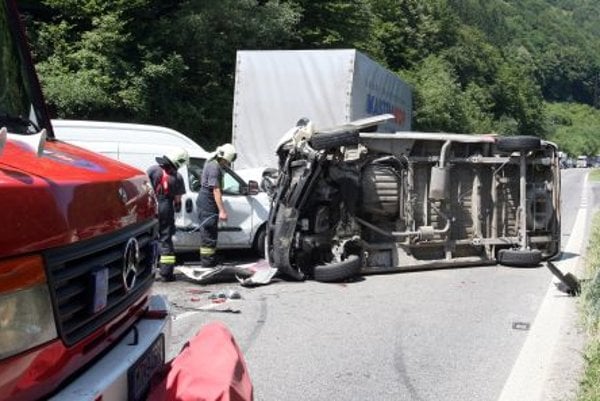 “Of course, we do not succeed in uncovering everything, but we are attempting to respond adequately to increasingly diverse attempts to reach payment of claims of both groups,” said Artur Šturmankin, spokesman for Allianz-Slovenská Poisťovňa.

Allianz-Slovenská Poisťovňa is reporting an increase in insurance fraud, noting 1,953 suspicious cases in 2013, yet finding and investigating 1,638 cases during just the first nine months of 2014, Šturmankin told The Slovak Spectator.

To illustrate the scope of attempted fraud in Slovakia, Šturmankin noted that total damages meant to have been paid out in all suspicious cases in life, as well as non-life, insurance would have amounted to €4.7 million in 2013. However, just €1.6 million of it was actually paid, with fraud proven in the remainder of cases.

“The aggregate potential claims during the first three quarters of 2014 already amount to €7.15 million and protected value, meaning claims not paid due to proving a suspicion, is about €5.3 million, a record figure,” Šturmankin said.

She recalled that in cases of car insurance fraud, often take the form of fake parking damage. Another kind sees stolen or lost cars later turn up abroad. In the case of life insurance, Generali registers speculation on so-called soft diagnoses, which include dislocated ankles, ruptured tendons, contusions and so on.

Allianz reports fake car accidents and thefts as being among the most frequent cases. Within life insurance they also register fake injuries which have not happened or occurred before the client signed an insurance policy. They also report fraudulent claims within liability insurance.

At ING Životná Poisťovňa, there have been increased instances of fraud in trying to collect on things that occurred prior to a policy kicking in. They also register an increase in suspicious claims within supplementary insurance, according to Jiří Čapek, general director of ING Životná Poisťovňa.

While it is difficult to set the absolute success rate of uncovered fraudulent claims, insurance companies believe they are largely successful at tracking down fraudsters. For example, at Allianz the number of confirmed suspicions is currently at 91 percent, while this rate is increasing, according to Šturmankin.

“It is not possible to set the exact percentage of uncovered frauds because we do not know the set of all attempts,” said Čapek. “But our experience as well as the exchange of information with other insurance companies indicates that our success rate is near 100 percent.”
Typical fraud

Specifying the archetype of a person who might make a false claim is difficult, and some experts claim that no such thing exists.

“We recognise the so-called special-occasion suspicious damages when the client only exploits the insurance policy to benefit in a situation where he does not have the given risk covered [by the insurance policy] or in reality he has suffered a lower damage,” said Šturmankin.

The second group of fraudsters enters the insurance contract with the intention of enriching themselves to the detriment of the insurer. “Such subjects represent in many cases a well-organised group, which are uncovered only after several insurance claims or attempts,” Šturmankin said.

According to Čapek, it is mostly a bad financial situation which forces people into fraud, but he also notes an increase in more organised fraud schemes in some regions of Slovakia.

“Many people still have a feeling that the insurance company is there to pay them when they develop a disease, even though they know that they had a predisposition to it at the time they signed the insurance policy,” Čapek said.

Generali Poisťovňa does not recognise any typical fraudster and when singling out suspicious claims, it takes into consideration circumstances of the occurrence and the course of the insurance event, the damage, as well as the profile of the insuree, according to Makayová.
When listing some curious cases, Makayová noted a client who reported an insurance claim after his cellar was damaged by a flood.

During inspections, the insurance company found out that he insured his wooden cottage via telephone for €33,000 and that there was not even a cellar.

Another case she mentioned included a life insurance policy: a client wanted to take advantage of the fact that he had the identical name of his neighbour, and based on this sought payment of a claim from the neighbour’s life insurance policy. For the insurance company it was enough to compare personal identification numbers to uncover the fraud attempt.

“Insurance fraud is a criminal offence,” said Šturmankin. “Those committing it, if convicted and depending on the amount of damage caused, face a financial penalty as well as imprisonment for up to 15 years.”