Slovaks are conservative and thrifty savers

DESPITE low interest rates and low incomes, some Slovaks still make an effort to save for the future, with most preferring traditional checking and savings accounts. 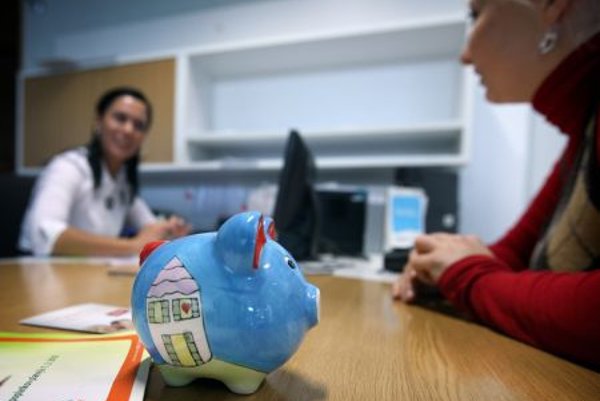 DESPITE low interest rates and low incomes, some Slovaks still make an effort to save for the future, with most preferring traditional checking and savings accounts.

“In general it is possible to say that the Slovak saver is extremely conservative,” Tomáš Legerský from FinancnaHitparada.sk, the website comparing financial products, told The Slovak Spectator. “Probably this is related to the fact that in Slovakia, saving is often an art and not a matter of course. Because of this, savers are more cautious and they focus more on security than on the potential yield.”

Peter Világi, a senior analyst with Fincentrum says that conservative investing is common in other European countries, but that Slovaks differ in other ways.

“The problem rather is that financial literacy in Slovakia is insufficient, which often leads to bad decisions,” Világi told The Slovak Spectator, citing the decision to withdraw savings from mutual funds on the basis of recent performance as an example.

Most Slovaks still prefer to save their money in banks; a straightforward checking account was the basic saving method in the 1990s. This remains popular, especially with older generations, according to VÚB bank spokesman Michal Kopecký. Many people also save through the savings component of life insurance, housing construction savings accounts, term deposits or supplementary pension plans.

Interest rates on savings products in banks remain low, but as Legerský pointed out, low rates coupled with almost zero inflation means that bank savings can still offer a real increase in value.

A still significant portion of people – 35 percent – keep their money at home, according to a survey IMAS International conducted for Slovenská Sporiteľňa on 501 respondents in September. Based on this survey, 53 percent of Slovaks use savings accounts, while 24 percent use checking accounts. Life and unit-linked insurance are used by 49 percent and 41 percent have supplementary pension insurance. Just 17 percent save via real estate, while only 15 percent save investment funds.

Világi said behaviour is changing slowly. “Slovaks do not pay as much attention to managing their money and financial planning as they should,” Világi said, adding that while people are getting more used to mutual funds, but economic and financial crises decreasing the market discourage them. “But crises are nothing exceptional… It is only necessary to prepare for them.”

Savings of Slovaks in banks amount to €26.3 billion, what means a savings per capita of approximately €4,870, Tatra Banka analyst Juraj Valachy told The Slovak Spectator. He added that loans to households total €21.1 billion or €3,906 per capita.

Recent years have shown that Slovaks do not stop saving even during the worst of times, Poštová Banka analyst Dana Vrabcová said, pointing out that Slovaks’ bank savings increased by 3.6 percent y/y at the end of June.

In the Visegrad Group, the Czech Republic reported the highest savings at €6,685 per capita in June, according to Poštová Banka based on data of the European Central Bank. Slovakia followed with €5,156 and Poland with €3,693 while Hungarians ended with €2,352. The average savings of an Austrian was €26,353.

Vrabcová specified that when the average wage in Slovakia, which was at €824 in 2013, is taken into consideration, the average Slovak has about six times their monthly wage in the bank.

“When we look at average wages and savings of our neighbours via the same prism, we rank among the more thrifty,” Vrabcová wrote in an analysis.

But Vrabcová pointed out that as many as three out of four Slovak households are only barely able to cover their expenses from their incomes, based on latest data of Eurostat. On the other hand, the Slovak Statistics Office found that more than 40 percent of households are able to put aside at least a small sum each month. Another third of families live from paycheck to paycheck, while another quarter of households lives in debt.

A survey by IMAS International also showed that Slovaks are among the best savers in the region, with only Austrians putting aside more, €188. Czechs and Hungarians put aside €75 and €49 per month on average, respectively.

“We have registered the biggest headway in saving via mutual funds,” Világi said. “Savers now have significantly bigger opportunities than they did five or 10 years ago.” He specified that today clients can choose among such sound names as Franklin Templeton, Fidelity or BNP Paribas, while saving schemes themselves offer more flexibility than in the past. The introduction of the euro in Slovakia also contributed significantly to the development of the market.

“Before [the launch of the euro in Slovakia] saving via mutual fund was uninteresting for Slovaks,” Világi recalled, adding that while most of these instruments were also in the past denominated in the euro or the US dollar, the strengthening Slovak crown shaved off a significant portion of profits for Slovak investors.

“Today the investor has hundreds of funds denominated in the euro to choose from.”

He added that bank savings products have not changed significantly, while low interest rates have harmed their popularity. Legerský said this leads to the added benefits of alternative forms of savings while the arrival of a new generation also brings increased interest in mutual funds, pension savings and so on.

Kopecký of VÚB recalled that nearly 60 percent of Slovaks try to save money but only 15 percent manages to save on a regular basis, and while the total income of households is increasing, the rate of savings is decreasing.

“Whether this trend will grow by a significant extent depends also on the economic development of the country, especially employment and the development of wages,” Kopecký told The Slovak Spectator.

Another factor which significantly affects the rate of saving is state support for the housing construction savings scheme. In this respect, next year will bring a negative impulse because savers will have to deposit as much as €1,207.09 to get the full state premium of €66.39. To get the same this year, they only needed to save €731.06.

Active tax support for long-term savings would encourage people to do so, Világi said. The biggest interest in voluntary saving for retirement came when the income tax law extended the possibility to deduct contributions for any savings product. After this tax advantage was cancelled, most people stopped saving, he said.

Marta Kľocová, the director of the department of product management and the analytical centre at OVB Allfinanz, sees space for saving outside traditional bank products.

“Especially those products that will offer a more interesting yield, while simultaneously guaranteeing the return of a significant portion of invested capital,” Kľocová told The Slovak Spectator.