MOST contracts in Slovak hospitals involve just a single bidder causing taxpayers to pay the added costs, according to a study by Transparency International Slovensko (TIS) and INEKO economic think-tank. 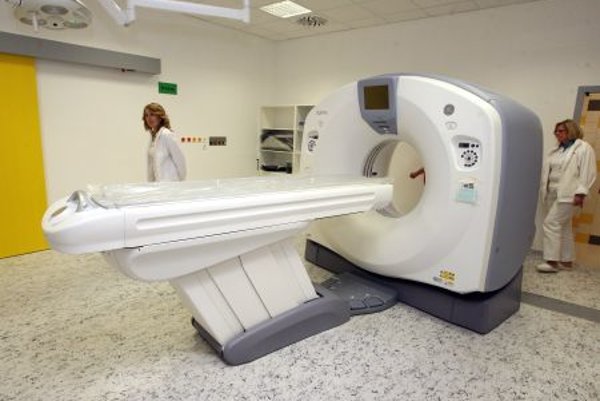 Tenders for CTs are interesting only for a few bidders. (Source: SME)
Font size:A-|A+

MOST contracts in Slovak hospitals involve just a single bidder causing taxpayers to pay the added costs, according to a study by Transparency International Slovensko (TIS) and INEKO economic think-tank.

There was only one bidder in 63 percent of almost 2,000 tenders in 56 hospitals for a total sum of €525.6 million analysed by TIS and INEKO between March 2012 and February 2014. The final price for the order was on average by 2.4 percentage points higher than originally expected. In cases when competition had two participants the final sum decreased by 9.5 percentage points on average.

NGOs claim that more bidders would mean lower prices, decreased debts of hospitals and less chance that corruption or other unlawful activities would take place.

“If hospitals compete more they would probably save more money,” Zuzana Dančíková of Transparency International said, as quoted by the Sme daily. “If two bidders were competing in all one-offer tenders, hospitals would save almost €19 million per year which is around 12 percent of expenses.”

The Health Ministry claims that it also wants higher number of tender participants but “resort objectively from its position is not able to influence how many applicants submit offers”, according to a Ministry statement quoted by Sme.

The one-participant tenders are most often related to big and expensive orders, while NGOs noted an increased in number of participants in smaller tenders. They presume that it is caused by the fact that hospitals used electronic auctions in more than 97 percent of all smaller tenders while in previous observed period it was just 20.8 percent of all small tenders. It is related to changes in legislation in January 2012 which extended obligation of state companies to use e-auctions.

There were almost no competitions in three the most expensive sectors of hospital tenders. Hospitals altogether spent more than 55 percent of the tender sum on medical supplies (for example, catheters), imaging devices (such as CT scanners or X-ray) and things of functional support (for example pacemakers or surgical implants). However just 1.1 of bidders participated in those tenders in average.

The analysis also suggests that 114 companies which won 65 percent of all observed tenders’ volume generally did not have a single competitor. Nine of 20 biggest hospitals’ suppliers did not face a competitor in any tender and “they were ‘competing’ in all of them alone”, reads the NGOs’ press release.

The analysis also suggests that the fewest competitions took place in the University Hospital Bratislava (UNB) and three institutes of the cardio-vascular diseases, which are among the country’s biggest procurers. They averaged 1.1 bidder per tender.

“There are de facto no competitions in these tenders,” INEKO analyst Dušan Zachar said, as quoted by the SITA newswire. He compared it with the Kysuce hospital with policlinics in Čadca in Žilina Region where there were 5.3 suppliers, on average, bidding for each contract.

The UNB admits that the well known facts about indebtedness can distract the potential bidders.

“Moreover, the volume of procured services for five hospitals that compose UNB is in the amount which can be secured only by a limited circle of strong suppliers,” UNB spokeswoman Petra Stano Maťašovská said, as quoted by SITA.

She added that the practice is that the competition documents are taken by several applicants, but usually only one of them submits an offer. The gradual stabilisation of management caused that the number of bidders increased, to 2.3 applicants in one tender in average during the first 11 months of the year, Stano Maťašovská said, as reported by SITA.

The cardio-vascular institute in Košice (VÚSCH) attributes the low interest in its tenders to its very specific needs.

“Medical supplies, drugs and sometimes even specialised services which we necessarily need for our activities are of extraordinary character and many times don’t have equivalent available in the market,” Erika Fürstenzellerová, the VÚSCH general manager’s assistant, told Hospodárske noviny daily.

The TIS and INEKO prepared several recommendations for more effective procurement. According to Dančíková, the ministry should start comparing the most frequently purchased items or to support the openness of hospitals to public control, and to create a model of pro-active control of suspicious tenders in cooperation with the Supreme Audit Authority (NKÚ), the Public Procurement Office (ÚVO) and the Anti-Monopoly Office (PMÚ), as reported by SITA.

The Health Ministry has already been working on the recommendations and included them in a document published on December 18. It contains introduction of establishing maximum prices for specific commodities such as drugs, energy, IT, cleaning services or catering. Furthermore, the ministry will extend the list of commodities purchased by the ministry itself; introduce audits of hospitals’ financial reports by independent auditors and plans to selectively relieve hospitals of their debts, according to a press release.

“The aim of the programme is to support proactivity and eliminate the mounting debts for hospitals,” Health Minister Viliam Čislák said.