MEMBER after member continue to leave the Slovak Democratic and Christian Union (SDKÚ) party which now has just 2.1 percent public support in the latest poll, the same result as Communist Party of Slovakia reached. 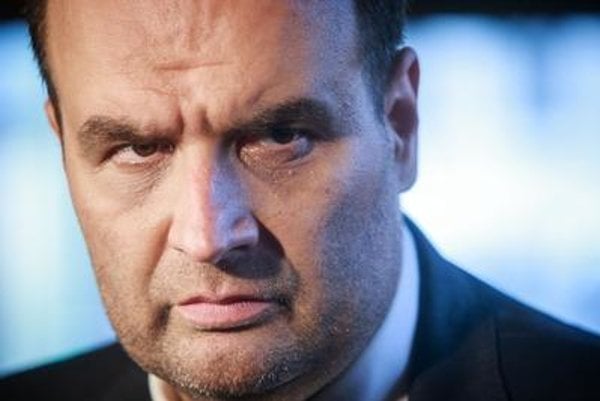 MEMBER after member continue to leave the Slovak Democratic and Christian Union (SDKÚ) party which now has just 2.1 percent public support in the latest poll, the same result as Communist Party of Slovakia reached.

The captain of this sinking ship Pavol Frešo nonetheless believes that the party, that three times led coalition goverments, will be soon stabilised and called on MPs who have left to return their mandates.

“All those who are still thinking about leaving SDKÚ, do it as soon as possible,” Frešo said on December 15, as quoted by the TASR newswire, adding that it is vital for the sake of party’s future to put a stop to organised or spontaneous departures from the party.

Political analyst Martin Slosiarik of the Focus polling agency pointed out that Frešo would have to come up with new ideas or high quality people, ideally both if he wants to save what once was the leader of the centre-right. Many observers describe the situation as the end of the party.

“It is catastrophe, a total bankruptcy,” political analyst Miroslav Kusý told The Slovak Spectator. “SDKÚ can’t survive this in my opinion.”

“SDKÚ doesn’t have any perspective and I am not the only one who is sure about this,” Uhler said, as quoted by TASR. “The party was basically stolen and lost all its values which it was once founded for.”

SDKÚ has lost its caucus in parliament and has only two MPs, Pavol Frešo and Ľudovít Kaník, who is in charge of finances, and two MEPs - Ivan Štefanec and Eduard Kukan.

Kukan stated that he will remain in the party until its end and Štefanec will decide about his future in the party during Christmas holidays, SITA reported.

“I’ll decide freely, the same way as when I freely decided to join the party: I’ll consider my future in it,” said Štefanec, as quoted by TASR. “I’ll allow myself some time over Christmas to think it over and will talk to people whose opinions have been close to mine. No one can give me deadlines, not even the party chairman.”

Over the course of the past two years, SDKÚ has seen several prominent members leave the party, including Lucia Žitňanská (now Most-Híd), Miroslav Beblavý (now Sieť), Magdaléna Vášáryová, as well as former party leader Mikuláš Dzurinda and his right hand Ivan Mikloš. As for the most recent defectors, Fedor has announced that he will join Radoslav Procházka’s Sieť party, while Novotný is set to help to set up an emerging party of former SDKÚ member Eva Babitzová.

Speaking ahead of a meeting of the party Presidium, Frešo said that while some have resolved their dilemma as to whether to leave or stay in the party, others have gone public with their concerns, spreading a feeling of mistrust among ordinary members of the party and among voters. The chairman went on to say that he wants a stable party by the end of the year.

Kusý does not share his optimism: “[Frešo] would have to have a secret weapon as Hitler [supposedly] did before the end of World War II,” he said.

Trouble in the polls

A recent poll carried out by the Focus polling agency in early December showed that the popularity of the SDKÚ continues to fall. It would win the support of only 2.1 percent of respondents and thus fail to make it to the parliament. It is just one half of what the party received in previous Focus poll made in the first half of November, according to TASR.

The poll, carried out between December 2 and 10 on 1,050 respondents, suggests that the ruling Smer party would win the parliamentary elections, supported by 34.2 percent of respondents.

“It’s primarily the reflection of internal disagreements,” Slosiarik told The Slovak Spectator. “Voters notice this situation and this is the form of their reaction.”

Mass departures has begun after party’s special congress taking place on September 27 when of 223 delegates, 160 voted for Frešo’s dismissal, while only 48 delegates voted against the sacking and two votes were invalid.

WEB: Frešo survived thanks to the strict party statutes, which require at least a three-fifths majority of all delegates invited to vote for the dismissal of the chairman in order to remove the boss of the party.

However, despite the feeble support, Frešo refused to resign and suggested that it is actually good that some of those who initiated his recall have resigned from their posts.

The leaving SDKÚ MPs raised the discussion over returning their seats in parliament back to the party as the party’s presidium unanimously called upon them to do so on December 16, according to TASR.

Political analyst Ján Baránek of Polis polling agency agrees that politicians who left their party should return their mandates to the party they ran for.

“I don’t want to say that it is tricking voters, but it is dishonest,” Baránek told the SITA. “I would give praise if they reject their mandate but they are not doing anything unlawful. We have a political culture set in this way.”

On the other hand, Kusý claims that it is difficult to say what is right and wrong in this issue and the context of MPs departure is also important. The mandate of MPs is individual and does not belong to the party.

“It’s somewhat support of a pathocratic system when it is said that a mandate belongs to the party and should be returned to the party,” Kusý said. “But it’s not the truth.”

According to Slosiarik, the argument resembles the chicken or the egg question.

“Who will decide that the reason why MPs got the mandate is that they were on party’s ballot or party made it to the parliament even thanks to the fact that particular candidate run for the party,” he said.