A REVOLUTION in waste management – this is what Environment Minister Peter Žiga said after the government passed the new waste law at its December 17 session. The legislation should, among other things, help encourage Slovaks to separate and recycle the waste which today ends mostly at the waste dumps. 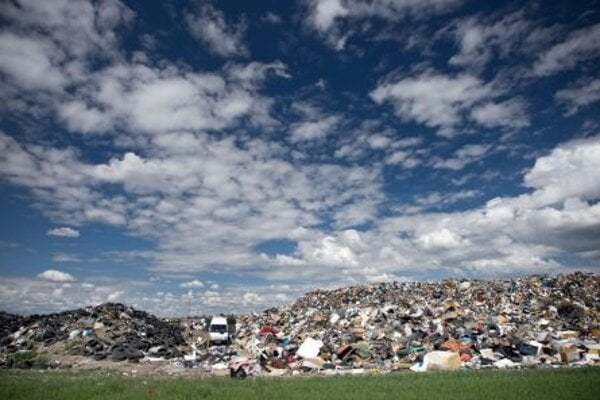 A REVOLUTION in waste management – this is what Environment Minister Peter Žiga said after the government passed the new waste law at its December 17 session. The legislation should, among other things, help encourage Slovaks to separate and recycle the waste which today ends mostly at the waste dumps.

The cabinet discussed the bill after it had been reviewed by the European Commission. Some organisations, however, voice the concern that the law will create a monopoly in the waste management field. Moreover, the representatives of municipalities disagree with the provisions concerning the illegal waste dumps and want to discuss them further with MPs.

“The current law is 13 years old, and has been amended for 30 times, included about 10 EC directives and was very chaotic,” Žiga said, as quoted by the public-service Slovak Television (STV), “it also did not reflect this period and we try to make one modern and transparent law in favour of the citizens.”

About three quarters of communal waste currently end up in landfills, the TASR newswire reported. With the new waste law, the ministry wants to reduce these amounts and teach Slovaks to separate and recycle the rubbish they produce. It also plans to minimise its negative impact on the environment and people’s health. Moreover, the ministry proposes to dissolve the Recycling Fund, and to put more responsibility on producers and importers for their waste, the ministry press release reads.

Under the new rules, the producers and importers should be responsible for separated waste via the organisations of responsibility of producers (OZV). This should help the municipalities that are currently responsible for all communal waste. People should pay only for waste they do not separate, TASR wrote.

The law will also make the conditions for purchasing and controlling the scrap metal stricter. The scrap yards will no longer be able to pay in cash. Moreover, they will have to store the scrap metals for seven days and transactions will be monitored by cameras, according to TASR.

The legislation should also ban depositing separated waste to the landfills. Regarding the illegal landfills, the municipalities on whose territory they lay will still be responsible for them. The law however proposes more competencies for police when removing them. It also suggests establishing the information system which will map the flow of waste, TASR wrote.

If passed by the parliament, the new rules will come into force on January 1, 2016.

After receiving together 2,665 comments, Žiga halted the legislation process in August and sent the law to the European Commission to comment on it in order to prevent any disputes or open questions, as reported by TASR. The EC sent its answer back in early December, but the ministry will not publish it, allegedly because Brussels asked for the document to be confidential.

“We received five comments of technical character and we have already implemented most of them into the law,” Žiga said, as quoted by the Sme daily. “Therefore there is no reason to wait with the law any longer.”

He added that the only partly unresolved issue remains the question of possible monopoly in the waste management field which will allegedly emerge after abolishing the Recycling Fund, when its responsibilities will be moved to the OZVs.

Slovak MEP for Freedom and Solidarity Richard Sulík voiced a similar concern. According to him, the law will strengthen the monopoly position of company Envi-pak which “has already signed an agreement with half of all municipalities”, as reported by Sme.
“Currently we agreed with the EC that it is not monopoly,” Žiga said in a statement, adding they will continue in discussing the issue next year.

The minister explained that there is no reason to be concerned of the monopoly as the new law will create the same starting conditions for all players in the market. Moreover, the municipalities should sign a deal with the organisation which will offer it the best conditions, according to the ministry.

The National Union of Recycling Industry (RÚReP) however said that the EC did not receive the whole law, but only the part concerning packaging and waste from it. Ministry spokesman Maroš Stano responded that they sent the whole law to assessment, as reported by TASR.

The new rules were welcomed by the Union of Towns of Slovakia (ÚMS). The law should reduce the financial burden of municipalities as the responsibility will be put on producers and importers, ÚMS General Secretary Marián Minarovič told the SITA newswire.

He said Slovakia is still among the countries where recycling is least common and the current law little to address this. According to the rules set by the EU, Slovakia should increase the share of recycling to 50 percent of all waste by 2020. At present, just 10 percent of waste is recycled, Minarovič said, as reported by SITA.

Companies active in collecting and recycling waste are critical of the new legislation. According to Ján Zvonček, head of the RÚReP, the new law hampers the competition in the market, Zvonček told SITA.

The Association of Towns and Villages of Slovakia (ZMOS) is also critical of the draft law, especially the provisions saying that the municipalities will remain responsible for the illegal landfills. According to the association, it should be the owners of the land who should take responsibility. ZMOS head Jozef Dvonč said that they will discuss their proposals with MPs.

“The aim of the law should be prevention, meaning that the abandoned waste and illegal landfills do not emerge here,” Dvonč said back in October, as quoted by TASR. “We however fundamentally refuse the proposal that towns or villages will be responsible for them and will have to remove them from someone else’s land.”

The association also dislikes the proposal that the municipalities should partly pay for additional separation of wrongly separated waste. According to them, it should be producers and importers that should pay for it.