THROUGHOUT history, some of Slovakia’s most charming views have been offered by towns and villages in the Spiš region, especially if the painter or photographer manages to also capture the peaks of the High Tatras in the background. Such is also the panorama of Spišská Belá on this postcard from 1937, where – as a typical feature of towns in this region – a Renai-ssance bell-tower stands just next to the church. 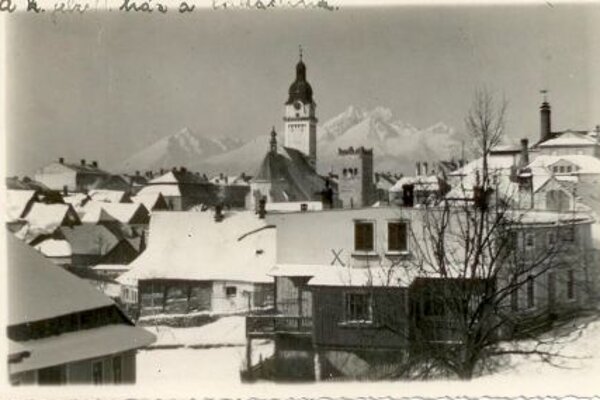 For Spišská Belá, mountain meadows had crucial importance, just as they did for other towns or villages. Anxiously defined land areas had as their borders not only brooks, but also the Tatra peaks – from which they may have also gotten their names.

The Tatras area of Spišská Belá was demarcated as early as in 1310, during the reign of Charles Robert of Anjou. Not even a clearly demarcated territory could prevent various conflicts. The nightmare for this town was the Rakúska poľana mountain meadow which it had to share with Kežmarok and Rakúsy. It is hardly surprising that they got entangled in regular conflicts; but the bloody event that took place here on July 13, 1701 made even the royal authorities spring to action; they were forced to send an army to suppress it. This was, however, all they did to contribute to general peace. Administra-tor Karretty allo-wed a huge rock to be placed on the mountain meadow, with the initials K.R.B. engraved. This meant that all of them could use the place to the same extent, Kežmarok, Rakúsy and Belá; meaning that conflict would continue.