Getting in touch with homeless

WHILE Bratislava has hosted a homeless theatre festival the previous seven years, organisers and allied associations expanded the list of events this year in an attempt to raise even more awareness – launching the first ever Month Without a Home (Mesiac bez domova). 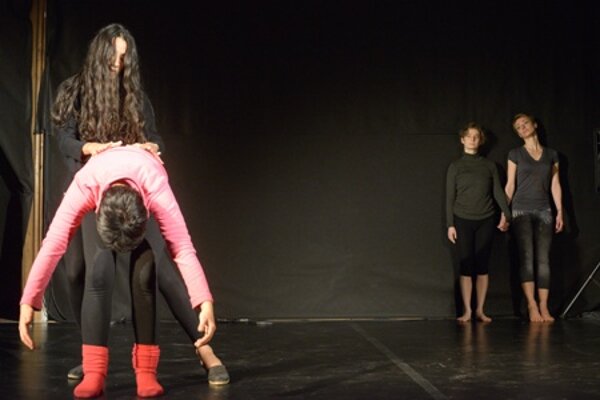 WHILE Bratislava has hosted a homeless theatre festival the previous seven years, organisers and allied associations expanded the list of events this year in an attempt to raise even more awareness – launching the first ever Month Without a Home (Mesiac bez domova).

The new festival comprised a variety of events, as organisers said they wished to demonstrate to state authorities that homelessesness is a public concern in need of more attention. If the several hundred in attendance at the Good at Home (Doma Dobre) concert on December 13, at Bratislava’s largest homeless shelter, was any indication there is reason to believe their message will be heard.

“People start realising that it is not that simple, and that the situation of homeless people is merely a stained-mirror reflection of how our society works,” said Miro Ju-rík of Depaul Slovensko non-profit organisation. “What works poorly in the society is directly reflected in people, victims, who end up in the streets.”

St Vincent de Paul at Ivánska Cesta hosted Slovak bands Korben Dallas and Puding Pani Elvisovej, the Franta Project involving “homeless rap” and the Israeli Lola Marsh. The concert started at 14:00 so there would be plenty of time to move the beds back in place for the night.

A diverse group of organisers put the festival together including Depaul Internatio-nal, Divadlo bez domova, Notabene / Proti prúdu, Vagus and the Nadácia Pontis foun-dation, with financing provided by Enel. Though the concert wrapped things up, the full slate of other events also left their mark.

There was a launch of the book Zatúlaný Gombík sold by the homeless in the streets, a premiere of the “Theatre of the Oppressed” piece Primeiro Passo, a debate concerning exclusion and poverty and two “Nights Out” where people spend the night sleeping outside in an attempt to understand what it is to lack basic shelter.

The November events closed with a two-day festival of the homeless theatres, called Error. Taking place on November 28 and 29, it featured theatre groups from Slovakia, the Czech Republic, Hungary, Poland, Slovenia, Germany, and an Armenian-Turkish group, and also an international conference on the operation and future of theatres of the homeless.

On November 29, the Armenian-Turkish contingent, four women (two from each of the countries) showed their special idea of how to soothe the tensions between the two historically alienated nations and to build initial, tentative contacts. In a simple but impressive physical-dance theatre piece, accompanied only by a capella singing, they attempted to portray the shared human spirit that transcends national boundaries.

“Women from Turkey and Armenia that rehearsed a non-verbal movement performance attempting to navigate the outer and inner borders in order to transform a conflict,” Uršula Kovalyk of the organising Divadlo bez domova theatre told The Slovak Spectator.

The performers themselves explained that they prefer to perform in different venues, mingling among the audiences and interacting with them more. Here they had to make due with a packed hall and performing on the main stage.

Last but not least, the host “Theatre without a Home”, or Divadlo bez domova, played the Theatre of the Oppressed – Outro Passo piece, presenting for the first time in Slovakia a specific genre, the theatre of the oppressed, and more specifically the Theatre-Forum which also involves the audience in their performances. Three Icelandic women who work with the homeless joined the group. Kovalyk added that they plan to perform this piece once a month in their in the Pisztory palace on Štefánikova Street for the foreseeable future. If invited, they would like also like to take the performance abroad.

“One of the important benefits is that the festival helps destroy stereotypes about the homeless present in the society, teaches audiences tolerance, acceptance of others, does away with xenophobia, racism and breaks down social differences,” Uršuľa Kovalyk of Divadlo bez domova said. “In the auditorium, a successful businessman sits next to a homeless man, a female dancer next to a disabled girl – they laugh together, talk and stop fearing one another.”

She stressed that a late November conference on the sidelines of the performances saw therapists that worked with the various homeless theatre groups met and got know each other, exchanging experience and contacts. “There are only a few homeless theatres in the world, and thus it is important to know about each other,” Kovalyk said.

For Jurík of Depaul Slovensko, the most important thing is to eliminate superficial clichés about people in social need and for the public to understand that the problem of someone homeless is not just a problem of an individual, but the problem of the whole society.

“Already now a seed of deeper changes, which are the fruits of preparing this event, can be seen,” Jurík said.