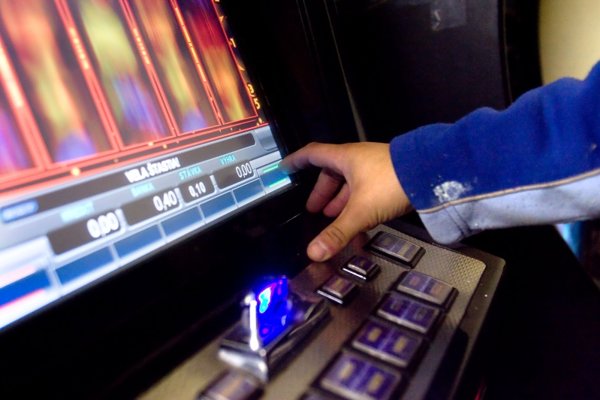 The prohibition against slot machines does not apply across all of Austria, only to Vienna. Some people now go to Lower Austria, one of Austria’s nine states, but gambling is also strictly regulated there. People have to identify themselves, operators of gaming machines take photos of them and their playing time is limited, according to Helmut Kafka, the president of the Austrian Association of Slot Machine Operators.

“Our priority is to protect the youth and players, not the interests of the companies involved in gambling,” Nikolai Moser, the spokesperson of Vienna’s Environment Councillor Ulli Sima told The Slovak Spectator.

Players therefore have started driving to Slovakia, the Czech Republic and Hungary, according to Kafka.

“Without exaggeration, we can say that it means several million euros profit for Bratislava from taxes and revenues of companies running slot machines,” Kafka told The Slovak Spectator.

Also 34 Czech municipalities banned gambling houses beginning January 1, 2015 and the Czech Ministry has prepared a law that increases tax levies on gambling. It also is proposing a ban on gambling machines in restaurants or at petrol stations.

Currently, the Slovak Ministry of Finance does not plan similar restrictions. The Slovak Association of Amusement and Games (AZAH), uniting operators of gaming devices, stated that it has not noticed any expansion of gaming tourism from Austria and the Czech Republic, according to the Sme daily.

Since 2008, the number of machines has fallen by 28 percent to around 20,000 of them, AZAH spokesperson Juraj Danielis told Sme.

On New Year’s Eve, the Casino Admiral Prater in Vienna shut down and wrapped over 400 machines in plastic. They are ready to be checked by the financial police, according to the webpage of ORF, the Austrian broadcaster.

Novomatic, the company running Casino Admiral Prater provided its customers with transportation to a casino which it also owns in the shopping centre near Bratislava’s summer resort Zlaté Piesky.

Novomatic also operates slot machines in Trnava and Nitra cities. In the Czech Republic it owns 14 casinos and has a factory to produce gaming machines, Sme reported.

AZAH confirmed that around four buses brought gamblers to Bratislava and that other customers were provided free taxis on New Year’s Eve.

Slovak legislation obliges operators of slot machines, for example, to put in a visible place on the machines a phone number of the medical institution which specializes in the prevention and treatment of addiction. The operators must deny access to people who have been diagnosed with the disease of “pathological gambling” upon written request. Even gamblers’ relatives are allowed to make such a written request, according to Sme.

Bratislava is looking for a way to regulate the number of gambling houses. But even though the Bratislava municipality issues licenses to gambling house operators, the new mayor of Bratislava, Ivo Nesrovnal, said its powers were limited.

“There is evidence that casinos or gambling houses sooner or later destroyed every street,” Nesrovnal told Sme. “Normal shops leave then and serious social problems arise, such as gambling, alcoholism, prostitution, violence, chaos.”

Dušan Pekár of the Christian Democratic Movement (KDH), who is mayor of the Ružinov district of Bratislava, told Sme that he proposed to the previous Bratislava mayor to allow neighbourhoods to regulate the number of such gambling houses in their area. Currently, neighbourhoods do not have the power to issue a regulation that would prevent gambling houses from being established, according to Pekár.

The mayor of Petržalka district, Vladimír Bajan, who is also dealing with increasing numbers of slot machines declined to respond to Sme’s questions.

The AZAH has argued that it is administratively difficult to open a new gambling house in Slovakia, as the industry is the one of most highly regulated, adding that the cost for an individual license can reach €750,000.

“Taxation and pricing is relatively high,” Vladimír Dostál of the Slovak Games company said, as quoted by Sme. “It belongs to one of the highest in Europe.”

The number of slot machines in Slovakia is generally falling not only due to more strict conditions for their operators but also because players tend to seek more dangerous play online, according to AZAH.

“Unfortunately, habits, risks or the age of players cannot be controlled on the internet,” Danielis told Sme.