SAV to get new chief

THE NEW head of the Slovak Academy of Sciences (SAV) is expected to be Pavol Šajgalík, currently the deputy chair for economy, after being elected by 71 percent of the members of the SAV Congress on January 7. Scientists at the congress said they hope the new SAV chair will help the institution return to standard operation. 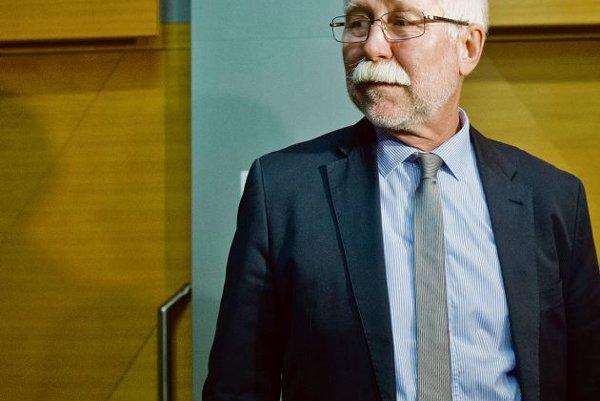 THE NEW head of the Slovak Academy of Sciences (SAV) is expected to be Pavol Šajgalík, currently the deputy chair for economy, after being elected by 71 percent of the members of the SAV Congress on January 7. Scientists at the congress said they hope the new SAV chair will help the institution return to standard operation.

Šajgalík will replace Jaromír Pastorek who was dismissed by the congress members in mid-December. The congress now must deliver the proposal to appoint Šajgalík to Education Minister Juraj Draxler who will subsequently send it to President Andrej Kiska.

“I do not feel like winner, I feel like a person who should lead this institution out of the problems that have accumulated,” Šajgalík said after the voting, as quoted by the TASR newswire.

He added that the current situation is dramatic not only because SAV lacks money but also because he came to the post after the sitting chair was dismissed, the first time in the institution’s history.

Karol Marhold of the Institute of Botany of SAV, who served as the chair of this SAV Congress, called it “a convincing victory and the first step towards returning the academy into a standard working regime”, the SITA newswire wrote.

There were no other candidates for the position but the delegates did question Šajgalík for more than two hours.

“The questions were varied, from financing the SAV, through how I want to rebuild trust, which members of the leadership I can imagine cooperating with and those with whom I cannot,” Šajgalík stated, as quoted by TASR.

Šajgalík works at the Institute of Inorganic Chemistry of SAV. He also gives lectures at the Slovak University of Technology in Bratislava and Alexander Dubček University in Trenčín. He has been granted several scientific awards, including being named scientist of the year in 2006, reported TASR.

One of his first plans is to open discussion with government ministers over SAV’s budget and complete an amendment to the law on SAV that would complete its transformation into a public institution. He also said one of the most important tasks is to restore unity in the institution.

Pastorek, whose term was to expire in 2017, was criticised for how he led the negotiations over SAV’s budget for 2015, for not representing the scientists as well as he should, and also for bad communication within the institution, SITA wrote.

Pastorek, however, said that the main reason for his dismissal was dissatisfaction among some scientists with the planned transformation of the institution, SITA reported.

The proposal to remove him from the post has already been delivered to the Education Ministry and it is expected that it will be sent to President Kiska in upcoming days. Only the president can remove the chair of SAV from the post, TASR wrote.

In addition to removal of Pastorek, Ján Sedlák also resigned from his post as chair of the congress and was replaced by Marhold after an election. Changes were made as well in the chairs of several of the congress’ committees.

The first 2015 draft budget for SAV was for €50.5 million, which was €10.3 million, or 16.9 percent, less than in 2014. TASR wrote in September 2014 that many scientists considered this reduced amount as destructive of the institution and would result in employee dismissals.

Scientists within SAV organised protests, calling for more funds for the institution.

The Education Ministry informed in November that then minister Peter Pellegrini along with Finance Minister Peter Kažimír had agreed with Pastorek to move an additional €8 million to SAV which the government had allotted to the ministry for science and research. The money was originally to be used by scientists via the VEGA grant agency.

Pastorek’s critics objected to his weak position when negotiating more money for SAV for 2015. Fedor Gömöry from SAV’s Institute of Electrical Engineering said that though Pastorek knew about the proposal for a considerable time, he did not comment on it. Gömöry added that the leadership of the institution expressed its disagreement with the reduced budget only after separate committees of SAV’s institutes and the congress criticised it, as reported by SITA.

SAV to be transformed

SAV can expect several changes in the near future that will transform it into a public institution and change its financing method. The Education Ministry has already drafted an amendment to the law on SAV and will also prepare a change to the law on public research institutions that will be submitted to the legislative process later this year.

“There should be space for SAV to operate effectively and to be more flexible in its activities,” Education Minister Juraj Draxler told TASR in late December 2014, adding that the changes will be the base for more quality science in Slovakia. “We in fact have quality [science] in many aspects, but the system still has to be cleaned up.”