Trade, energy security and more in the focus 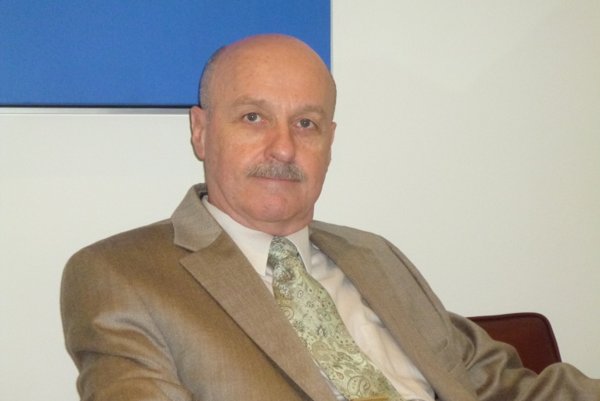 In an interview with The Slovak Spectator, Bailey commented on the free trade deal, energy security and exchange programs, as well as Canada’s priorities in Slovakia.

The Slovak Spectator (TSS): What are Canada’s main priorities in Slovakia?

Mark Bailey (MB): Our priorities are similar to Slovakia’s priorities: economic growth and job creation. Like Slovakia, we recognise that free trade agreements create more opportunities and greater prosperity by promoting increased trade and investment. I am based at the Embassy in Vienna, but to signal our engagement on trade and economic matters, we also have an office in Bratislava managed by a full-time Canadian chargé d’affaires.

The main opportunity ahead of us is the trade agreement between Canada and the European Union. In August we concluded negotiations on the text of a Comprehensive Economic and Trade Agreement (CETA), and we are committed to bringing it into force as quickly as possible. CETA is at the centre of the most ambitious trade agenda in Canada’s history.

Canada has also concluded its first free trade agreement in Asia with South Korea, which will enter into force on January 1, 2015. Canada is also negotiating FTAs with Japan, India and the countries comprising the Trans-Pacific Partnership, among other countries.

Readers may be surprised to learn that Canada has the world’s third largest proven oil reserves, and is a reliable, secure and responsible supplier of energy to the global market. Both Canada and Slovakia share an interest in energy security, and our interest is to promote Canadian energy in Europe. The current situation facing Ukraine and eastern Europe demonstrates the dangers of dependence on a single producer. Diversifying export markets for our energy is a priority for Canada, and proposals for new pipelines and strengthened safety regimes for tankers, offshore, rail and nuclear energy are in the works to allow Canada to deliver energy to customers in Europe, as well as Asia and North America. Over the next decade, $480 billion worth of energy projects are planned.

Canada is also contributing to global energy security through innovation and efficiency. We have the know-how: energy efficiency in Canada improved 25 percent between 1990 and 2010, saving the equivalent of over 270 million barrels of oil, and lowering greenhouse gas emissions by 93.3 megatonnes. Canada is investing in new technologies and renewable sources of energy. There are four commercial-scale projects for Carbon Capture and Storage in operation or under construction, for example, and Canadian firms are promoting biomass-to-energy and plasma gasification as new, sustainable technologies.

TSS: What steps are still needed for the CETA agreement to come into force? What will CETA mean for Canadian-Slovak business relations?

MB: Canada and the EU are doing a legal review of the text, and then the agreement will be translated into the other 22 EU treaty languages. Once this is complete, Canada and the EU will proceed with our respective processes for ratification and implementation of the agreement. The overall process, starting from the conclusion of negotiations through the legal review, translation, and ratification processes is expected to take approximately two years. Canada and the EU are committed to bringing the agreement into force as quickly as possible so that businesses and workers on both sides of the Atlantic can enjoy the benefits as soon as possible.

On the day of entry into force of the agreement, 98 percent of goods from the EU will enter Canada duty-free. Another one percent of Canada’s tariffs will be removed over a period of up to seven years. Beyond tariffs, the agreement will grant Slovak service suppliers with the most favourable access ever given to a trading partner. Canada’s estimated $177 billion government procurement market will be of interest to Slovak companies, including new access to provincial and municipal procurements and procurements by public utilities, including energy entities. Slovakia also stands to benefit in the area of investment. Slovak companies have already made investment in Canada, in areas including information and communication technology, real estate and advertising services.

TSS: The media in Slovakia is reporting high numbers of Slovaks claiming asylum in Canada. What are your views on this?

MB: Canada attracts immigrants from all over the world and we have a reliable system for refugee claimants as well. Most Canadians recognize that there are places in the world where groups or individuals are persecuted for their religious beliefs, political views, ethnic origins, or for other reasons. At the same time, Canadians recognise that there are places that do not typically produce refugees.

In December 2012, Canada implemented legislation that lists countries that do not normally produce refugees, but do respect human rights and offer state protection. Slovakia is one of these countries, called a ‘Designated Country of Origin’. People who claim asylum from such countries have their claims processed faster and those with unfounded claims are sent home quickly. We are concerned by the rising number of asylum claims from Slovakia and are following this situation closely. As part of our always ongoing reviews, we look at the number of claims by a specific country when deciding if visa may be required or not.

MB: The Government of Canada provides various types of support to business and investors, including the services of trade commissioners in our embassies abroad. In return for this support, the Government expects Canadian business to play by the rules. We already know that Canadian companies can compete with the best and win fairly. The Corruption of Foreign Public Officials Act (CFPOA) makes it a criminal offence in Canada for persons or companies to bribe foreign public officials to obtain or retain an advantage in the course of international business, for example to be awarded a contract. The amendments to which you refer will redouble our fight against bribery and corruption, including for example, increasing the maximum jail term from five to 14 years. To date, three companies and one individual have been convicted under the Act, three cases are pending and there are 27 ongoing investigations under the CFPOA.

TSS: Slovaks can work in Canada as part of the International Experience Canada (IEC) program. Are there any other similar programs?

MB: The International Experience Canada Program, more commonly known as the Work and Travel program, is very popular in Slovakia. The same program allows Canadians to come to Slovakia to work and travel, and we are working with the Slovak Embassy in Ottawa to encourage more Canadians to come and see this beautiful country. Of course, we actively encourage Slovaks to study in Canada. The quality of education and living standards in Canada are amongst the highest in the world, but the cost of living and tuition fees for international students are generally lower than in other countries. A Canadian degree, diploma or certificate is globally recognized as being equivalent to those obtained from the United States or Commonwealth countries.

Under Express Entry, candidates will create an Express Entry profile and be ranked against others in the pool. The top ranking candidates will be invited to apply for permanent residence. We will only accept applications from people we have invited to apply under the Federal Skilled Worker Program, the Federal Skilled Trades Program and the Canadian Experience Class, as well as a portion of the Provincial Nominee Program (depending on the province or territory). This will prevent the growth of backlogs by ensuring that only the candidates who are most likely to succeed - not simply the first to submit their application - are able to apply to immigrate to Canada.

Once candidates have been invited to apply for permanent residence they will need to complete the immigration process, which includes health and security checks. Most complete applications will be processed in six months or less.

TSS: You became the ambassador to Slovakia in March 2014. Have you had the opportunity to travel in Slovakia? What surprised you most?

MB: A few weeks after I presented my credentials to former president Ivan Gašparovič, I accompanied Canada’s Foreign Minister John Baird, when he met with Foreign Minister Miroslav Lajčák in Bratislava. I was also honoured to attend the inauguration of President Andrej Kiska in June. In October, I accompanied Canada’s Chief Negotiator for the Canada-EU Comprehensive Economic and Trade Agreement when he participated in a conference hosted by Slovakia’s Economy Ministry. I also participated in a wonderful cultural program at Palugay palace in celebration of the 25th Anniversary of the Velvet Revolution. These are just the highlights of some of my visits to Bratislava. So, in short, I have been very busy and visiting Slovakia regularly.