SIZE isn’t everything and though Canada and Slovakia differ in both geographic scale and size of population, their cultures and lifestyles have more overlap that one might expect. 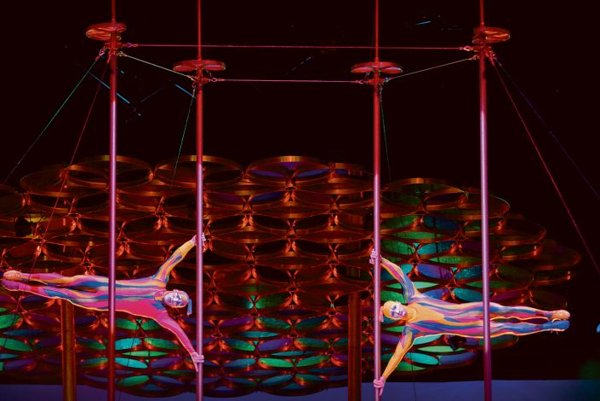 SIZE isn’t everything and though Canada and Slovakia differ in both geographic scale and size of population, their cultures and lifestyles have more overlap that one might expect.

Canada, frequently symbolised by the maple leaf, has been historically one of the crucial destinations for Slovak emigres who have formed a cohesive, distinct community there, with its own style of art, education, religion and culture.

In 2012, the book Slovak Folklore in Canada / Slovenský folklore v Kanade written by expat Ondrej Miháľ was presented in the Slovak towns of Dubnica and Váhom and Vranov nad Topľou. Hailing 90 years of Slovak folklore traditions in the North American country, it traces the beginnings (folklore troupe Kriváň in 1923), the years of isolation as well as the vivid communication and exchange since the Velvet Revolution and the fall of the Iron Curtain in 1989.

Miháľ noted for the Sme daily that Slovak folklore is much admired and loved in Canada, with locals impressed by it and asking why there is no bigger export of folklore by Slovakia. Jozef Martinka, head of the Dubnica-based folklore ensemble Vršatec, which has good relations with Canadian-based Slovak folklore, praised the Slovak-English bilingual book, especially the historical photos documenting the development of Slovak folklore overseas.

The small parish of Ss Cyril and Methodius in Vancouver has been offering Slovak-language services for more than 50 years. The “most-western Slovak parish on the American continent” is connected with missionary Viliam Lack.

Counting about 80 families or 240 people, the parish is a small one, but what makes it interesting is the fact that about 20 percent are Filipino, community member Jozef Staro-sta told the TASR newswire. Luckily the parish offers services in English too.

Jaroslava Blažková, a writer and emigrant from 1968, is a notable Slovak who has made her life in Canada.

Excerpts from Blažková’s works, written in Slovak, were read by Slovak actress Zuzana Kronerová in the Panta Rhei bookshop in Bratislava on November 22, 2014.

The life story of Slovak ice hockey brothers Stastny, who immigrated to Canada in 1980 from communist Czechoslovakia to play for the Québec Nordiques club is yet another shared cultural heritage. In the book “The Stastny Brothers” (Bratia Šťastní) journalist Robert Laflamme interviews the brothers and scout Gilles Léger about the intricacies of fooling the communist-era secret service to escape from Czechoslovakia and start a new career in Canada. Translated by Edita Mišíková, the book launched in December 2014.

Another Slovak-turned Canadian is Yuri Dojc, the photographer who has explored the Jewish heritage in the country of his ancestors, and captured them in his photos. The project started when Dojc visited an abandoned Jewish school in eastern Slovakia and found the items there untouched since the deportation of Jewish pupils to death camps in 1942. The old, decaying books, items remaining there as witnesses of a culture, a life long gone, were exhibited in Banská Štiavnica and in Zvolen in 2014, after an exhibition in Bratislava in 2009, in the Zvonárska Street synagogue in Košice in 2013, and in the US, Canada, and elsewhere in the meantime.

On October 4, 2014, the fifth edition of the White Night / Nuite Blanche, a happening bringing modern art to the streets of Košice included Canadians Caitlind r.c. Brown & Wayne Garrett with their CLOUD light installation, a large-scale interactive sculpture created from 6,000 light bulbs that can be switched on and off by audiences with pull strings.

Other imports of Canadian art include two photo-exhi-bitions at the Bunker gallery in Nitra. During his two-week visit to Nitra in February 2013, Canadian artist and art professor of Nigerian origin, James W. Ford created a site-specific installation inside the gallery. Also in 2014, Robert Waldeck exhibited his series of photographs of random people in the streets of different cities worldwide in the style of street photography.

From a group of 20 jugglers, fire-eaters and clowns founded in 1984, the Quebec-based Cirque du Soleil has evolved into a huge organisation, with 4,000 employees, including 1,300 artists from more than 50 countries. After two previous visits, Cirque du Soleil will this time bring the Quidam performance for seven shows at Bratislava’s Slovnaft Arena between February 5 and 8.