ONE OF the exhibitions that opened during November, traditionally the Month of Photography in Slovakia, is focused on the phenomenon of photos while also connecting it to another discipline, architecture. 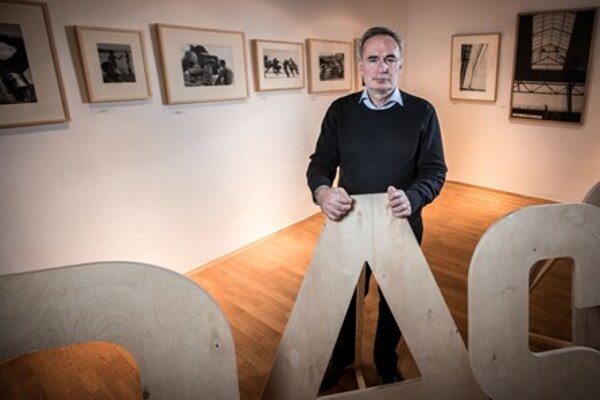 ONE OF the exhibitions that opened during November, traditionally the Month of Photography in Slovakia, is focused on the phenomenon of photos while also connecting it to another discipline, architecture.

The Light on the Edge exhibition in the Slovak National Gallery (SNG) is a photo exhibition focusing on one branch of photography, the documenting of urban development, and connects the Slovak eras of Modernism and Late Modernism with early professional documentation and photos of architectural structures.

The exhibition is divided into eight sections: The First Professionals from Brno and Bratislava; Jaromír Funke and His Circle; Regional Photographers of Architecture; Timeless Views of Karel Plicka; The Photographer at the Service of Architects; Architectural Photography for Publications; Subjective Artistic Interpretation; and Architecture as Subject of Interest.

The selection offers an overview of the period between 1925 and 1985 in the country, showing the buildings as comparable with similar structures in neighbouring countries, while also reflecting the transformation of the way photography was used to depict buildings as well as changing regimes and ideologies.

The structures in the photographs are mostly famous like the SNP Bridge, the Slovak Radio pyramid, the Manderla residential building, and the Pasienky sports hall – all in the capital city. Other images include the pool and spa house in Piešťany, Baťa’s buildings in Partizánske, the Agricultural University in Nitra, the Machnáč spa house in Trenčianske Teplice and more. But lesser-known schools, health-care facilities, banks and houses in other Slovak cities and towns also are shown.

The exhibition also includes an interactive part where visitors can try to build a model structure and balance it well so that it does not collapse as well as period magazines and journals and examples of original architectural drawings and designs of different types of structures.

Although compared to the Czech milieu – in the then single country, Czechoslovakia – modern architectural photography from Slovakia was more moderate and represented a rather modest circle in terms of the number of artists and works and offered fewer chances for presentation. Nevertheless, as a whole it constituted an inseparable part of architectural and artistic work and the visual culture of the then-Czechoslovakia.

Light on the Edge runs until February 15 in the Esterházy Palace of the SNG in Ľ. Štúra Square in Bratislava and is open daily, except Mondays, between 10:00 and 18:00. Admission is free. There is a bulletin in English that can be obtained at the ticket office in the entrance hall and the photographs have bilingual captions. The exhibition is accompanied by a 150-page catalogue with a summary in English.