Petrol prices are falling, but slowly

DECREASING crude oil prices is pushing prices at petrol stations down, but not as fast as in neighbouring countries and the Antimonopoly Office (PMÚ) is set to investigate. 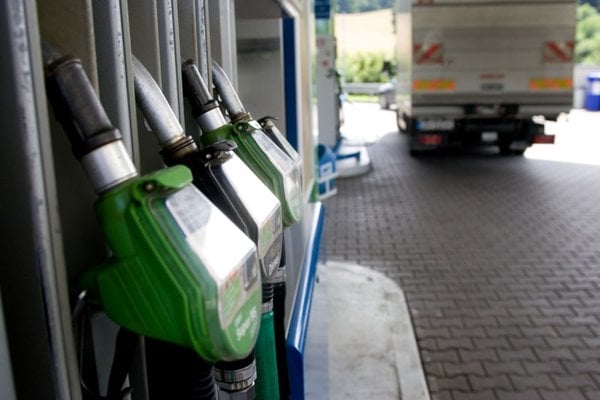 DECREASING crude oil prices is pushing prices at petrol stations down, but not as fast as in neighbouring countries and the Antimonopoly Office (PMÚ) is set to investigate.

Richard Sulík, MEP and Freedom and Solidarity (SaS) urged the PMÚ on January 13 to look into what he suspects are cartel agreements between petrol station operators in Slovakia. Sulík deems fuel prices in Slovakia to be excessive in view of plunging oil prices.

“I don’t know how much longer they’re aiming to wait before looking into the prices of petrol and diesel,” Sulík said as cited by the TASR newswire. “The wallets of Slovaks bleed whenever they refuel because the relevant authorities are failing to investigate such blatant suspicions of cartel agreements.”

According to Sulík, fuel prices in Slovakia are the EU’s highest.

“Even if you take excise tax, competition and operating costs into consideration, there’s still scope to cut petrol and diesel prices,” said Sulík before expressing his suspicion that filling station operators are in collusion. “That may be why our fuel prices are higher than abroad. I’ve filed a complaint with the PMÚ in order to wake those gentlemen up and so that they will realise what their job is.”

PMÚ will deal with Sulík’s complaint. Spokeswoman Andrea Wilhelmová said that competing businesses that are found to be parties to horizontal agreements may face a penalty of up to 10 percent of their turnover for the previous accounting period.

Motorists save by going abroad

Petrol and diesel are cheaper in the Czech Republic, Austria, Poland and Hungary. Slovak drivers filling up in countries can save between €8 and €15 on a 50-litre tank.

It pays off to travel to Poland just to tank petrol or diesel for as long as 70 and 72 kilometres, respectively. In case of the Czech Republic it is up to 40 kilometres in case of petrol and 11 km in case of diesel. Motorists can save on petrol when travelling up to 65 km to Hungary or 33 km in case of diesel. Price differences are the least in Austria, while it is worth to travel up to 39 km to tank petrol or up to 30 km to tank diesel, the Sme daily wrote on January 10 based on data of the European Commission dating from January 5. It was expected that petrol stations in Slovakia would reduce prices by midweek.

Based on the ranking set up by the European Commission, current prices of petrol in Slovakia except taxes are the third most highest within all 28 countries of the EU with only Malta and Greece higher, the Pravda daily wrote. Diesel is the second most expensive in the EU while then taxes are taken into consideration, it is the sixth most expensive.

One of the reasons why fuel prices in Slovakia are decreasing less dynamically as in neighbouring countries is the significantly lower competition on the market, Pravda wrote.

Motor fuel prices kept decreasing in Slovakia, according to the Slovak Statistics Office, when prices of petrol, diesel and liquified petroleum gas (LPG) decreased also during the first week of 2015. The most common 95-octane petrol has seen its price drop for 12 consecutive weeks, a record. Diesel prices increased for the last time in early August. The average price of the 95-octane petrol decreased by 0.9 percent to €1.323 per litre compared with the last week of 2014, while prices of 98-octane petrol went down by 1.06 percent to €1.5 per litre. Motorists tanked diesel for €1.214 on average, a weekly decrease by 1.22 percent. LPG (liquefied petroleum gas) prices went down by 0.14 percent to €0.698, the SITA newswire wrote.

Oil prices have fallen by more than half since summer 2014.