THE REFERENDUM “on the protection of family” has been set for February 7 and seeks answers to three questions: limiting the application of the word “marriage” only to the union of a man and a woman; a question on preventing same-sex couples from adopting children; and whether or not parents should be able to opt their children out of sex education in schools. 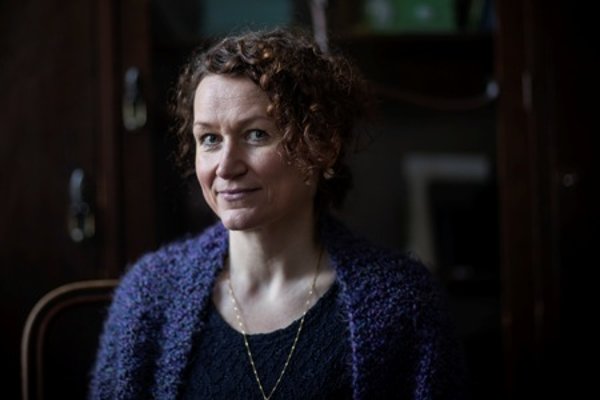 The questions have sparked passionate debate and Anna Polcková, the presiding pastor of the Evangelical Protestant congregation in Bratislava’s Old Town, takes a view that might surprise many in a recent interview with the Sme daily.

“It is not possible to express a Christian attitude towards family in a referendum by answering questions which are disputable at the least, or even confusing,” she said. “Rather, it can be expressed by taking responsibility for one’s role in the family, as a daughter, wife, godmother, sister, aunt, and so forth. The referendum will not solve problems of family: it is mere attempt to cover helplessness and fear of the fact that we – neither our society, nor us, Christians – are not able to take stance towards requirements of people who started talking about their relations with their loved ones.”

Polcková adds that if we are to judge same sex couples, the fact that they think about their partnership while feeling differently than the majority, the problem may be in us, not them.

“What can help us and our families is the self-contemplation and constant transformation, the courage to accept others the way God accepts us,” Polcková said, adding that is called penitence in the Bible.

The pastor admitted that she has been approached by homosexuals of both sexes who complain about being set apart from the rest of society, ridiculed, and about the feeling that one has to be ashamed of their identity.

“Their grief is the consequence of society not accepting them and that they must feel refused by it,” Polcková said, while also describing how difficult it is for homosexuals to fear admitting their orientation to the close ones, or to be rejected by their parents. On the other hand, she added, there are people who deny their sexuality, preferring rather to focus on other things in life, for example career. Still others, though, are not satisfied with such an option and demonstrate loud enough to be heard.

Polcková, who has recently been appointed to head the Evangelical congregation in Bratislava’s Old Town, also described her duties, and noted that they offer weekend services in Hungarian and German language. In German, they are meant not just for the ethnic-German Bratislavans who married a Slovak and were not displaced after the World War II, but also for German-speakers who might live or work here temporarily.

“Unless we experience that it makes sense and it is useful to search for what is real and truthful – both in us and around us – we will all play games,” Polcková said. “The step towards one’s inner life, to one’s essence, disappointments, misery and naked self is a painful one; but the process of healing begins there. It is not enough for people to wait for miracles, or changes from the outside. We shall not give up on the faith and the struggle for life, joy, valuable relations, to accept the responsibility for oneself in family, a relationship, at work – to engage. Not to be afraid of losing something. We need to give ourselves, to care, to be there for the other. This makes a human a useful and happier person.”