IN SPITE of concerns that the EU-Russia tit-for-tat sanction war would reduce production of cars in Slovakia, the reality exceeded expectations as carmakers in Slovakia managed to find alternative markets. The Slovak Automotive Industry Association (ZAP) estimates that carmakers manufactured more than 970,000 cars in 2014 while the original expectation was more than 930,000, maintaining the country’s position as the biggest carmaker per capita in the world. 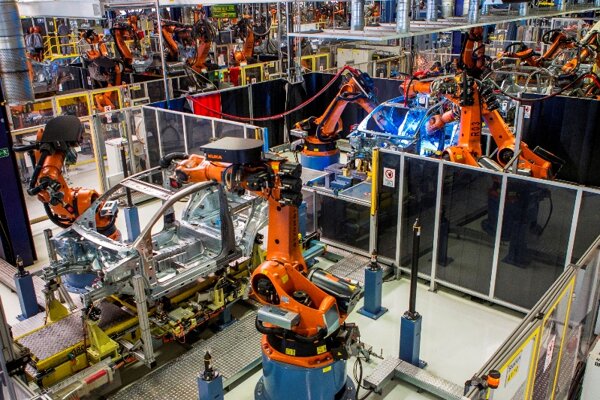 “With respect that preparation of factories for new models was not the only influence limiting production of the automotive industry, we have to mark keeping of the production at almost the record level of 2013 as unambiguously positive,” ZAP head Jaroslav Holeček said on January 15.

While the country’s three carmakers — Kia, PSA Peugeot Citroën, and Volkswagen — made 987,718 cars in 2013, it was expected that launch of new models would decrease the number of cars produced in 2014. In the end the expectations were exceeded even as only two of the manufactures have announced their final yearly results.

Kia Motors Slovakia near Žilina produced 323,720 cars, up nearly 3.5 percent and PSA Peugeot Citroën in Trnava increased its production by 2.7 percent to 255,176 cars, a new record. Volkswagen Slovakia in Bratislava will announce its final figures only in March, but based on ZAP’s estimates, it manufactured more than 391,000 cars. This means that all told the country made 197 cars per capita, the highest number in the world.

Turbulence in Ukraine and Russia and following EU-Russia tit-for-tat sanctions reduced the Slovakia’s car export to Russia while before it make up more than 15 percent of exports of carmakers in Slovakia.

In general, the sale of new cars in Russia decreased by 10.3 percent over 2014, according to the Association of European Businesses lobby group, as reported by Reuters. The group forecasts a sharp drop this year as the economy heads for recession while it may be as big as 24 percent.

When it came to Kia Motors Slovakia’s export destinations, Russia was first on 18 percent, followed by the United Kingdom (13 percent), Germany (9 percent) and Spain and Italy (6 percent each), the company reported on January 14. Spokesman Jozef Bačé said exports to Russia dropped by 15 percent on the year in 2014 following a fall in demand in the latter half of 2014. This gap was made up by an increase in sales in Spain and Italy, while positive developments were also observed in Poland and Sweden, the TASR newswire reported.

PSA Peugeot Citroën exported cars largely to western Europe (Italy, Germany and France) while it manufactured 924 cars (3.6 percent of its total production) for its clientele in the Russian Federation, spokesman Peter Švec said.

Pavol Prepiak of ZAP pointed out that in Slovakia it is companies in particular which drove new car sales last year. This may indicate that private individuals prefer either to buy used cars or import cars in their own, he said.

Market and sector watchers are constantly waiting when the magic border figure of one million produced cars is exceeded, but according to Holeček, each number above 900,000 is an excellent result while its maximum capacity is about 1 million. ZAP estimates that carmakers in Slovakia would manufacture more than 980,000 cars in 2015 while Holeček described this as a conservative outlook.

But what Holeček wants to see is more local subcontractors. He estimates that carmakers import as much as 60 percent of car components while only remaining 40 percent are manufactured in Slovakia. He would like to see this ratio improved. Thus ZAP’s priorities are to draw more subcontractors to Slovakia as well as more R&D as it sees here space for a further growth.