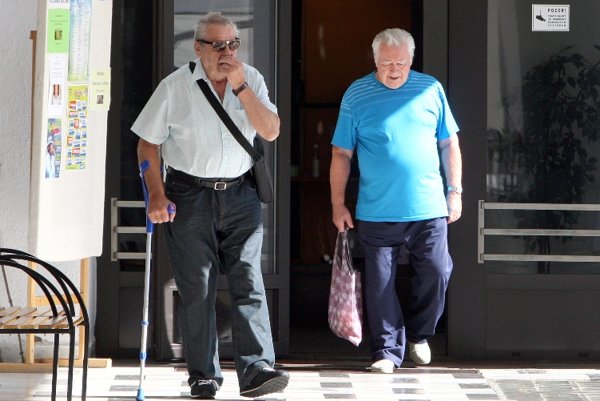 Prime Minister Robert Fico perceives pensions that the insurance companies offer to second pillar savers as confirming his objections against the second pillar. Low second pillar pensions have angered his government and spurred it into action.

“What the prime minister has stated is a shock for us,” Jozefína Žáková, the general director of the Slovak Insurance Association (SLASPO) told the Hospodárske Noviny daily, adding that insurance companies, when calculating pensions followed the rules and the criticism is groundless.

Ján Richter, the Labour, Family and Social Affairs Minister, refused that the solution would be the scrapping of the second pillar. He specified during a discussion programme on the TA3 news channel on January 18 that there are several alternatives.

“Absolutely all possibilities are open at the moment,” said Richter, adding that he would not be in favour of cancelling the second private pillar, admitting that it is worthwhile for only for a certain group of people.

One of the possible changes is adjusting the formula according to which insurance companies calculate pensions, setting up the lowest interest rate on savings in the second pillar, dictating the insurers experience tables or setting them at the maximum margin, according to Hospodárske Noviny. Or the government may open the second pillar again, already for the fourth time, i.e. enabling savers, for whom saving for the pension in the second pillar is disadvantageous, to leave it.

Often changes to the second pillar are one of the most criticised aspects of the second pension pillar making its development unpredictable.

Paying out pensions from the second pillar

At the beginning of 2015, initially about 3,000 to-be pensioners were able to apply for payment of pensions from the second pillar. So far a few dozen of them have done so. Based on their savings in the second pillar, three insurance companies, Allianz – Slovenská Poisťovňa, Union and Generali, which have obtained licenses for payment of pensions from the National Bank of Slovakia (NBS), will make them offers through the central bidding information system managed by the social security provider Sociálna Poisťovňa. Afterwards, to-be pensioners would choose the best offer for them.

The Institute of Financial Policy (IFP), a governmental think tank, compared pensions offered by the insurance companies from the second pillar. While IFP’s conservative scenario calculated the monthly pension for a 59-year-old applicant with €21,500 saved in the second pillar at €82.7, offers by the insurers were €66, €71 and €82, thus only one offer was close to the IFP’s calculation. The IFP did not specify which insurer bid which offer. The IFP also calculated margins of insurers between 32 percent and 6 percent in case of the conservative scenario.

According to Žáková, the insurance companies proceed strictly according to the valid legislation, the law on insurance and the law on old age pension saving. She added that only on the basis of such a proceeding the insurers were able to obtain a license from the NBS. She refuses that the insurers work with a 30-percent margin, the SITA newswire wrote.

She pointed out that joining into the payment of pensions from the second pillar has cost the insurance companies a lot of time and money, and believes that the dialogue between the IFP and the NBS would continue in order for simplified calculations of the IFP to be verified and confronted with the valid legislation.

According to Jozef Burian, the state secretary of the Labour, Family and Social Affairs Ministry, the second pension-saving pillar is advantageous only for about 17 percent of those who save for their retirement via the pension fund management companies.

“We’ve been warning for a long time that this system won’t be profitable for people who earn salaries hovering around the average wage and even less,” said Burian on RTVS’s discussion show on January 17, adding that people with lower incomes who signed up for the second private pillar will receive less than what they would have obtained if they had never signed up for the scheme and remained in the first state-run pay-as-you-go pillar.

During the time being almost 1.5 million Slovaks allocate a portion of their payroll taxes into the second pension pillar and their aggregate savings amount to about €6.5 billion.