VOTER referenda are an important tool to spur public participation in governance, says Martin Macko, executive director of Initiative Inakosť, a civic association advocating rights of the lesbian, gay, bisexual, transsexual and intersexual people. Voters can also express their indifference toward a ballot question by choosing not to vote, he says. Macko spoke to The Slovak Spectator about the upcoming referendum that seeks to further define the term family, the ongoing campaign and the repercussions a successful referendum would have on LGBTI community. 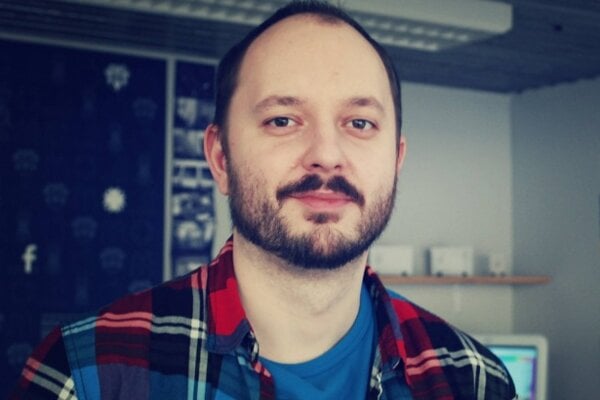 The Slovak Spectator (TSS): What consequences would the referendum have if people respond positively to the questions? What would the successful referendum mean for LGBTI community and education?

Martin Macko (MM): I consider this referendum and the campaign a waste of money which could be used to solve the specific problems. Any result of the referendum will not solve any of the problems families in Slovakia currently face. This applies not only to the heterosexual majority. No result, even a “No” answer, can bring about a positive change for LGBTI people in Slovakia. We are not satisfied with the current state, namely the absence of the legal recognition of same-sex families, and we consider it a violation of the principle of equality.

Regarding the real impacts, I consider especially the question pertaining to education dangerous. Sexual education is not sufficient in Slovakia and it does not meet international standards. The valid referendum would therefore have a negative impact on sexual and reproductive health of young people, the number of undesired pregnancies, and the spread of venereal disease.

TSS: How do you perceive the activities of the Alliance for Family (AZR) and the Catholic Church before the referendum?

MM: From my point of view the campaign has more devastating effects on LGBTI people than the referendum’s results. The organiser of the referendum and the Catholic Church intentionally depicts gays and lesbians as a threat to Slovak families, the nation and especially children. I do not understand how the representatives of the Catholic Church can in their pastoral letters talk about the threat of mass taking of children from families and their subsequent placement into the custody of same-sex couples, and about prison for parents who refuse sexual education. I also do not understand how someone can use rumours and absurdities, like the supposed training of sexual positions at schools, for argumentation. We consider it an offence to teachers’ professional credentials. I am happy that such arguments have been rejected by not only experts in respective fields, but also some representatives of the churches.

It is hard to predict the impact of a religious campaign on the turnout, as it is for the first time the Church has been involved in a political issue in such an extent. Some people can be dissuaded by it, but especially in the countryside and in smaller towns it can have positive effect.

TSS: How can the statements by public representatives affect the turnout and result of referendum?

MM: Public representatives have failed in [dealing with] the question of LGBTI rights in Slovakia in the long term. The opponents are currently more visible and the supportive statements are expressed only from a small liberal party, a few individuals in other parties and the ombudswoman. The ruling so-called social democratic party is silent about this topic and Prime Minister Robert Fico has repeatedly called it unimportant. On the other hand, the government has repeatedly accommodated [the requests] of the AZR, like in the case of the constitutional amendment [in 2014]. Now the government has proposed, for the first time in past 50 years, to change the basic principles of the law on family and add the main argument of AZR: “The society accepts that for a versatile and harmonious development of a child, the stable family environment composed of a father and a mother of the child is the most suitable”. Therefore I do not expect them to support our beliefs, even in the case of the referendum.

TSS: What activities do your organisation and other groupings representing the LGBTI community plan before the referendum?

MM: We do not plan to waste money on a campaign. By not directly attending it, we as organisations representing the rights of LGBTI people want to show that we do not have even a slight interest in being part of some “cultural war”. We support only practical solutions to make the lives of minorities easier, which do not limit and do not pertain to the rights of the majority. We will however continue through argumentation, participation in discussions and using social networks and the internet to share information and explanation of our opinions on the referendum. We will join the joint statement of human-rights organisations which has long been known: there should be no voting about human rights. We will launch a website with arguments and an explanation of our attitude.

TSS: What actions would you take if voters vote in favour of the referendum questions?

MM: The only real possibility of legal recognition of the same-sex families in such a case would be a law on registered partnerships, which the referendum does not address. We would therefore focus on a campaign for adopting this.