SLOVAK food inspectors have imposed a record €1 million fine on Tesco, for repeated violations in the sale of food in its Partizánske hypermarket location, but the retailer vows to challenge the fine in court. 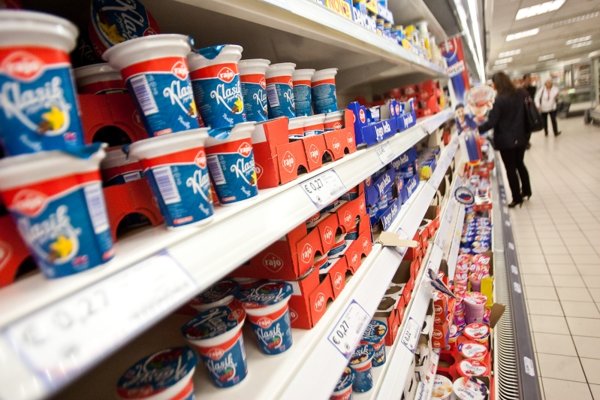 Outlets must be careful with goods and their shelf life. (Source: Sme)
Font size:A-|A+0

SLOVAK food inspectors have imposed a record €1 million fine on Tesco, for repeated violations in the sale of food in its Partizánske hypermarket location, but the retailer vows to challenge the fine in court.

“This disproportional fine is liquidating for everybody; for small as well as large,” Pavol Konštiak, president of the Association of Trade and Tourism (ZOCR) told the public broadcaster RTVS, adding that human error is a factor in violations like the one at Tesco. The ZOCR plans to send the current law enabling such high fines to the Constitutional Court.

The State Veterinary and Food Administration (ŠVPS) imposed the €1 million fine on the hypermarket of Tesco Stores SR in Partizánske already in late September for the sale of foods after their shelf life as well as rotten fruit and vegetables. This was not the first time the food inspectors found flaws in this hypermarket. It fined it €25,000 in June for the sale of foods with expired shell life and again with €15,000 in July for the same violation.

Jozef Bíreš, the head of the ŠVPS says that though the latest fine is high it still reaches only to the bottom sum set by the law, which enables authorities to fine outlets up to €5 million for repeated violations.

“The fine imposed on Tesco is in line with the law,” Bíreš told the online Denník N. “It is a fine which is not imposed during the first inspection, but on the basis of repeated faults.”

Tesco officials perceive the fine as excessive and inappropriate.

“We have been pointing out for a long period of time that we consider fines in millions of euros as inappropriate and it is also in this case,” Zuzana Lošáková, spokeswoman for Tesco Stores SR, told the TASR newswire.

The retail chain first challenged the fine with ŠVPS, which confirmed the penalty, and later the British retailer turned to the court with a request of suspension of enforceability. The court complied with its request and postponed payment of the fine until a final judgement occurs.

“The question of the €1 million fine for our store in Partizánske is under further proceedings and the matter has not been lawfully completed and because of this we consider it correct not to comment further on the whole process,” Lošáková said.

Tesco entered Slovakia in 1996 and since this time it has grown to the biggest retail chain in terms of sales. It operates 155 outlets of various sizes across Slovakia and employs about 10,000 people.
ZOCR points out that after recent revisions, Slovak food legislation is the toughest within EU member countries in respect to fines imposed for flaws uncovered during inspections in retail trade.

“It was only a question of time when such a high fine is imposed on some outlet in Slovakia,” ZOCR wrote to The Slovak Spectator.

ZOCR criticises the current law that it does not enable it take into consideration circumstances of an individual case and obliges the inspection to impose a fine of €1 million at minimum.

The Agriculture Ministry responded to The Slovak Spectator by noting that the fine was imposed in line with the valid legislation clearly setting fines for individual trespassing depending on their seriousness and violation of security of foods and protection of consumers. It does not plan to change the law in this respect.

“The purpose of valid sanctions is to secure the appropriate level of security of foods sold to the Slovak consumer,” Agriculture Ministry spokesman Peter Hajnala told The Slovak Spectator. “Merchants know the set level of the sanctions and we assume that they have set correspondingly their internal supervision mechanisms in order to curb the most serious violations.”

Ľubomír Drahovský, an analyst with the Terno market research agency, expects that it would take some time until this case is resolved. But he believes that this fine will secure a certain echo on the market just because inspectors dared to impose a €1 million fine.

“To fine the strongest retail chain in Slovakia is simpler than to fine a regional retail chain,” Drahovský told the Hospodárske Noviny daily, adding that imposing disproportionately high fines on retail chains may force some to close down. “I cannot imagine imposing such a fine to a retail store with annual sales around €10 million.”

Drahovský recalled that Slovak consumers are highly price sensitive which creates pressure on merchants to prioritise low costs over quality.

“In respect to the current purchasing power, foods of higher quality and thus also with higher prices would be not sellable to most of the population,” Drahovský told Hospodárske Noviny. “The consumer by his or her behaviour limits quality which merchants put on the shelf.”

Among other changes, revision to the law on foods valid from April 2014 increased fines for second violations. It enabled inspectors to impose a double fine in cases where a store is found violating the law twice within a year. Continued violations thereafter can result in fines between €1 million and €5 million.

The increase of fines is the most problematic part of the revision for merchants, who claim that in most cases when expired food remains on the shelf it is because of individual human error not the intent to deceive.

Martin Katriak from the grocery group COOP Jednota pointed to fines for erring in other sectors. Leakage of a toxic agent into the Poprad River, from which its environment would need five years to recover, was fined €160,000.