EVEN amid heated discussion about the content of a February 7 referendum targeting the constitutional definition of family, experts say the biggest test for supporters of the Alliance for Family (AZR) ballot initiative is whether turnout surpasses the required 50-percent quorum of eligible voters. 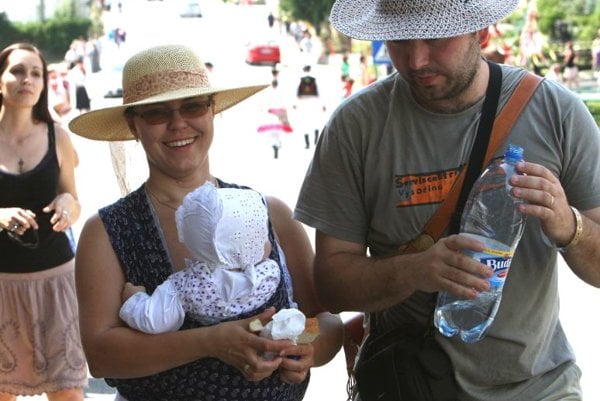 Of the seven referendums previously held in Slovakia, only the 2003 vote that paved the way for European Union entry managed to do so. If successful, the forthcoming referendum would be the first to pass after beginning as a citizen initiative.

Sociologist Martin Slosiarik of Focus polling agency says that it will be difficult to surpass this 50-percent threshold as the referendum is not connected to any elections the voters consider important, like a presidential or parliamentary vote.

“On the other hand, it may be one of the more successful referendums regarding the turnout,” he told The Slovak Spectator.

The vote costing more than €6.3 million to run, according to estimates, will seek people’s answers to three questions. The first seeks to limit use of the word “marriage” only when referring to the union of a man and a woman, a second seeks to ban adoption for same-sex couples, and the third allows parents to opt their children out of school classes dealing with sex education or euthanasia.

The AZR collected more than 400,000 petition signatures to put the questions to voters, well over the 350,000 requirement to launch a nationwide referendum.

At present, there are no polls forecasting how many voters intend to turn out. The last polls come from last year when they were carried out by Focus and Polis. Focus estimated that 45.5 percent of voters plan to turn out and the agencies say they do not have plans to publish new polls before the referendum, the SITA newswire wrote.

The AZR launched its campaign on January 9, saying it wants to focus on children and their right to have a mother and a father. It claimed that the campaign would cost about €110,000 and will be presented in television, radio, print media, on billboards and on the internet, SITA wrote.

Organisations advocating the rights of the LGBTI community say they will not organise a mass campaign. Romana Schlesinger, head of the Queer Leaders Forum and member of Freedom and Solidarity (SaS), told the Hospodárske Noviny daily they want to focus on their positive presentation and raising awareness.

Slosiarik says that while the AZR wants to use the campaign to mobilise people to attend the referendum, it should rely only on those who will say “Yes” to the questions.

“The second party realises that the number of its supporters is significantly lower and that if it called on its supporters to come and say ‘No’, it would help the AZR to have a successful referendum,” Slosiarik added.

Meanwhile, some television stations have declined to broadcast the ads prepared by the AZR. The private Markíza television explained that its decision does not relate to this specific referendum, but shows their approach to any referendum taking place. Also the public-service Radio and Television of Slovakia (RTVS) declined to broadcast the ads. It will deal with the referendum during its news and discussion programmes, spokeswoman Dominika Šulková said.

Private TV JOJ also decided not to broadcast the ads, saying that it had first discussed it with the Council for Broadcasting and Retransmission (RVR). The only television station which agreed to broadcast the spot is Catholic Lux television, whose majority owner is the Conference of Bishops in Slovakia (KBS), SITA wrote.

The AZR has criticised the decision of the three broadcasters not to advertise the ads. While RTVS and Markíza allegedly refused the ad without seeing it, TV JOJ was allegedly intimidated, said Anton Chromík of AZR. According to him, the dispute should be resolved by courts, though he did not specify which one.

“I want to express big disappointment from how many media are intimidated from opening the discussion that should have been initiated by our spot,” Chromík said, as quoted by SITA. “Such intimidation of media should end.”

Željka Markić, the organiser of the successful referendum against legalisation of same-sex marriages in Croatia, agreed. She was invited to Slovakia by the AZR.

“The real reason is discrimination and the fact that media do not want to allow people to get to this information,” Markić told the Sme daily.

She pointed to a similar campaign in Croatia where a referendum to block government plans to introduce sexual education in all public schools succeeded. In Croatia there is no quorum requirement, Sme wrote.

One of the reasons cited by the broadcasters was that there are no rules for a campaign in broadcasting media before such a referendum.

Eva Chmelová, head of the department of elections, referendum and political parties at the Interior Ministry, confirmed to The Slovak Spectator that the law on referenda does not contain provisions that would apply to the campaign beforehand, unlike in other election laws. She added that the ministry does not plan to change it for now.

RVR spokeswoman Lucia Jelčová told SITA that no law orders or prohibits the broadcasting of a campaign before referendum, but that the broadcaster is also not obliged to broadcast the spots.

“If it decides to broadcast the campaign, it should observe the provisions that might be violated by the broadcast,” she said. The law on broadcasting and retransmission for example stipulates that the broadcasters can be fined for broadcasting political and religious ads, as reported by SITA.

Church and politicians step in

In addition to the AZR, leaders from the Catholic, Protestant and Greek-Catholic churches called on their members to vote.

According to Slosiarik, the church can be a strong mobilisation element, but it should choose the appropriate form.

“Even several believers are currently very critical over some things in the church and the form of communication of the highest religious representatives with common believers,” he said.

Several political leaders have also expressed opinions on the ballot questions. President Andrej Kiska said that he will support the first two questions, but not the third targeting sexual education, SITA wrote.

Of the parliamentary parties, the Christian Democratic Movement already called on its voters to attend the referendum and say yes to all three questions, while the liberal Freedom and Solidarity said it will recommend its voters do not vote.

Most of the parliamentary parties however remain unclear about whether they will issue any recommendation, Sme wrote. Slosiarik says that many politicians treat the referendum as a kind of hot potato and would rather avoid it.

“I expect that many will end with some kind of general statement that the voters are clever enough to decide on their own,” he said.