Directive allows some to regain citizenship

A PORTION of the nearly 1,000 Slovaks who were stripped of their citizenship in the wake of a 2010 law that largely banned dual citizenship can regain it starting next month, but how many of them are eligible to do so is an open question with a larger legislative change still on hold. 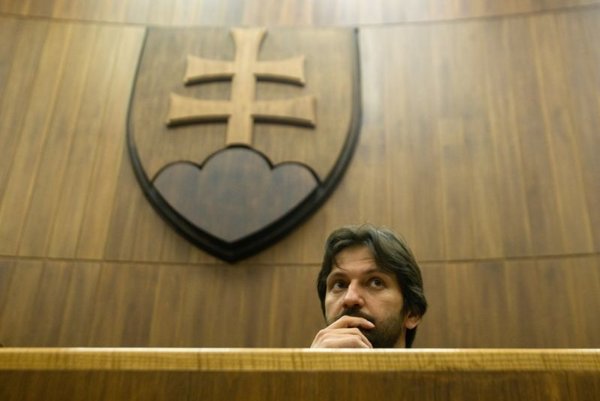 A PORTION of the nearly 1,000 Slovaks who were stripped of their citizenship in the wake of a 2010 law that largely banned dual citizenship can regain it starting next month, but how many of them are eligible to do so is an open question with a larger legislative change still on hold.

Starting February 1, the Interior Ministry is set to begin restoring citizenships, but only on a case-by-case basis for those who send in an application and are able to prove they have permanent residency in a foreign country. While a ministry statement says the “decree” will soon kick in, a plan to formally amend the State Citizenship Act of 2010 is taking longer than expected amid consultation with Brussels, Interior Minister Robert Kaliňák said.

The hastily conceived State Citizenship Act was meant as a countermeasure after neighbouring Hungary introduced changes that made it easier for ethnic Hungarians living abroad to obtain citizenship. In an attempt to discourage residents of Slovakia from adopting Hungarian citizenship the first government of Prime Minister Robert Fico adopted the dual citizenship ban. At the time he referred to Hungary’s initiatives as a “security threat”. The Slovak law was passed in June 2010, just hours after Hungary passed its law opening citizenship to ethnic Hungarians abroad.

After World War I, Hungary ceded some two-thirds of its territory as part of the Treaty of Trianon, and more than 30 percent of ethnic Hungarians found themselves living in another country. In 2010, the Hungarian dual citizenship law targeted 3.5 million ethnic Hungarians living in nearby countries. About 500,000 Hungarians live in Slovakia, with significant minorities residing in Romania and Serbia, and a few in Ukraine, Croatia and Austria as well.

Though the change came in conjunction with sharpened nationalist rhetoric from Hungarian Prime Minister Viktor Orbán, and Fico perceived it as a breach of national sovereignty, leaders in Romania and Serbia were untroubled at the time.

“We have no objections to the adoption by the Hungarian government and parliament of a law making it easier to grant Hungarian citizenship to ethnic Hungarians living abroad,” Romanian President Traian Basescu said in 2010.

Romania had instituted a similar policy allowing many in neighbouring Moldova to become Romanian citizens. In the case of Serbia, which is not in the European Union, gaining Hungarian citizenship meant increased access and a right to work in the visa free Schengen Zone. Some 100,000 Serbs have applied to do so in recent years.

In practice, just 6 percent of Slovak citizens eventually stripped of their citizenship had taken up a Hungarian passport. A June 2014 survey, four years after the citizenship law went into effect, found that of the 855 people who lost their citizenship up to that point, the largest number held Czech passports (325 cases), followed by German (171), Austrian (119) and British (74). Hungarians ranked fifth on the list, with 55 cases, followed by Americans (20), Belgians (18), Norwegians (15), Dutch (14), Italians and Irish (both eight). Swiss accounted for five cases, with French, Australian and Canadian at four a piece. Two each of Icelandic, Chinese and Swedish passport holders were stripped and one citizen a piece from Ukraine, Russia, Denmark, New Zealand and Poland.

All told 997 Slovaks have lost citizenship under the law and just 59 are Hungarian citizens, according to Interior Ministry statistics. The law also requires Slovaks to report the new acquisition of foreign citizenship or face a fine.

Fico’s first government fell just weeks after the citizenship law was passed. Prime Minister Iveta Radičová’s successive government claimed it would repeal the law, but instead saw an opposition driven reform in January 2011 allow an exception for those who are a long term resident of another country, but maintain the law in force. In September 2014, the Constitutional Court dismissed a challenge to the law on procedural grounds without issuing an opinion as to whether it was in line with the constitution.