THE GOVERNMENT wants to support firms running the so-called kid corners aiming to open the job market to more women who are caring for children under the age of six. While NGOs and firms welcomed the measure, they were critical that it did not fit into a larger policy. 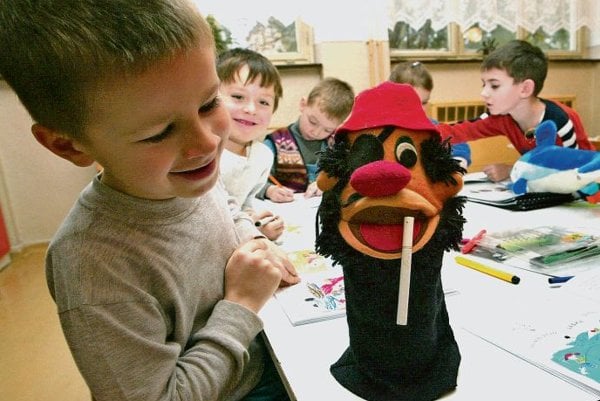 THE GOVERNMENT wants to support firms running the so-called kid corners aiming to open the job market to more women who are caring for children under the age of six. While NGOs and firms welcomed the measure, they were critical that it did not fit into a larger policy.

“We want to create conditions for women who take care for children less than six years old to have possibility to get work,” Prime Minister Robert Fico said at a January 16 press conference. “We offer to employers that the state will pay a qualified labour force which will take care of the children and all non-investment material to equip such areas which means toys, beds, furniture.”

So-called kid corners, which provide children leisure time activities and professional care, are the first measure of what the government is calling its second social package. Fico and his ruling Smer party have already announced a series of measures in the first package, including a massive expansion in the number of Slovaks eligible for free train travel.

The government plans to support mothers returning to work after maternity leave, while until the end of this year, €23 million from European Union funds are prepared for companies to tap for encouraging them to employ parents. Apart from the kid corners, the state would also contribute a big part of mothers’ salaries (up to 90 percent of the average salary) should companies create a new job and hire them for a definite period of time, the Sme daily wrote.

“We’d like to create conditions to enable women to go to work, be it a part-time or full-time job,” Fico said at a press conference. “This is currently being hampered by the fact that we lack a sufficient number of high-quality services that we could provide to mothers of children of such an age.”

Labour Minister Ján Richter also said that each company will be able to create up to 10 such jobs. The Labour Ministry wants to include at least 150 companies in the project, expecting them to hire some 5,000 people, mostly part-time.

The kid corner policy targets workplaces outside Bratislava Region, because the areas surrounding the capital city have a GDP exceeding 160 percent of the EU’s average in 2007 and thus is ineligible for these particular EU funds.

At the same time, the Bratislava region is in biggest need for such support since there is the greatest number of mothers willing to work and the most firms which could use such support, according to Simona Petrík, the president of Slovak Women’s Platform.

“This problem is not so serious in other parts of Slovakia,” Petrík told The Slovak Spectator.

To deal with this situation the government says it is preparing €3 million to cover babysitter salaries. The further approach will be clear in March when the government will know more about the state’s budget. The support is planned only until the end of 2015, but if it proves successful it may draw more money from a new EU Human Resources Operation Programme, according to a government statement.

“Therefore, the further sustainability of the project and firms’ children corners is a question,” Petrík said.

Similarly, Tibor Gregor, director of Klub 500, a civic organisation uniting owners of firms with more than 500 employees, said that the government’s measure could help mothers willing to work in light of limited pre-school capacities.

On the other hand, sociologist Zuzana Kusá wrote an opinion piece for the Pravda daily stating that the state’s measure will be profitable only for big employers which do not need state support to hire mothers. Moreover, firms will hire only those with good education and plenty of experience. Instead of that, the state should support jobs for unemployed people who are less attractive for firms, she said.

Independent MP Miroslav Beblavý pointed out that the number of firms running such corners in other countries is quite low. “International experience says that such corners are a subsidiary solution and a limited number of firms are interested in it,” he said, as quoted by TASR.

Masár also criticised current legislation as ineffective and said it does not motivate employers to create jobs for people raising small children. According to Petrík, the legislation is complicated particularly because of demands it imposes on firms with a kid corner.

“Many firms have tried to create kid corners in their own building but failed, for example, because it does not fulfil hygienic standards,” Petrík said.

Nevertheless, the proposal will certainly help mother centres, non-profit facilities that aid families with children. Now they should be able to expand their external cooperation with private firms, said Daniela Konečná from the Union of Mother Centres.

“The state does not fund mother centres and they are running on a voluntary basis,” Konečná told The Slovak Spectator, adding that the proposal could give jobs to more babysitters.

The kids corner proposal launched a second social package of measures which will focus on supporting young families and creating jobs. The government says such measures are funded by continued improvement in collecting taxes, combating tax evasion and successfully consolidating public finances.

“I am convinced that even in 2015 we will be able to create a package, maybe at the level of €200-250 million, which we will in turn transform into the second positive social package,” Fico said in late November, as quoted by the SITA newswire. “And I believe that the Slovak public will gladly accept the measures that are now being prepared.”

The first 15-measure social-economic package with expenses reaching €250 million is aimed to compensate Slovaks for recent years of austerity. One of the most notable measures was extension of free rail transport to nearly half of the nation. As of November 17, children under the age of 15 and full-time students under the age of 26, people over 62 and all recipients of pensions are eligible for free travel using the national railways.

Increasing of the minimum monthly wage from €352 in 2014 to €380 (€2.184 per hour) and the introduction of a minimum pension to almost €270, of which the latter still needs to be passed by parliament, are among other measures. Fico stated that another of the government’s ambitions is to reduce household gas prices by more than 10 percent, SITA reported.