IN THE 36th year of the Dakar Rally race which moved from Northern Africa to South America, two Slovaks placed excellently. 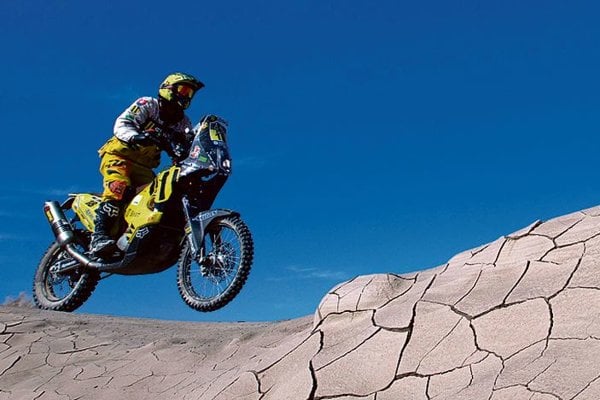 Motorcycle racer Ivan Jakeš ended his performance well when he won the shortened 13th leg Saturday, January 17, from Rosario to Buenos Aires. Jakeš, aged 41, also won Thursday’s 11th leg and with these two successes, he is already a Slovak record-holder, (Jaroslav Katriňák won one leg of this competition in 1999.) Overall, Jakeš ended up eighth, while his best total performance at this rally was in 2013 – fourth.

“It is a pity that Dakar does not last for one week longer,” he summed up, as quoted by the SITA newswire. “I need to first start training and improve, and then it gets better. Today (on Sunday), heavens also helped me, as it rained a bit and it was excellent.” He added that especially the last three days were excellent and he was very happy about the results – from the last three days, at least.

The second Slovak success at Dakar was Štefan Svitko who equalled his best finish at the rally: he ended up fifth overall which was also his place three years ago. On January 17, he placed second after Jakeš which was so far his best ranking at this desert race that takes contestants through the wild places of Argentina. Before, his best placement was third (two times in 2012 and once in 2015).

“I dreamt about third place, but in this competition, fifth place is also a great result,” Svitko said. “I am very satisfied. Since the third leg, I kept myself among the elite. This is more motivation for me for the future. I didn’t wait for riders to drop out of the race, but I managed to progress thanks to my own performance. And there were at least 20 top racers at the start,” Svitko summed up, adding that every year, the competition is harder and during the rally, racers do not tend to be eliminated or give up.

“You have to also have good luck for a good ranking,” Svitko, aged 32, said, as quoted by SITA. “Two Slovaks ended up among the top ten – and the ‘factory drivers’, moreover,” he said, pointing to the racers who have strong car teams. He also thanked people back in Slovakia who enabled them to get to the South American rally.