Traditional apple varieties are back

IN SLOVAKIA, traditional apple breeds, once so numerous, have been replaced by prevailingly foreign newer ones. At the break of the 19th and 20th centuries, there were about 300 apple breeds, while today they count only about 50, and in the shops, eight to 10 main species dominate. 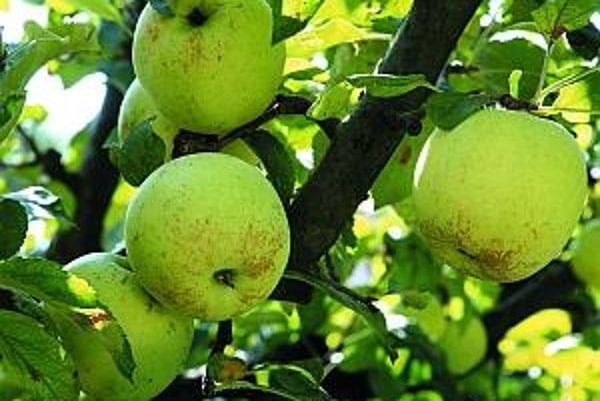 Students of the Hotel Academy of Ľudovít Winter in Piešťany joined forces with the Technical University in Zvolen (TUZVO) within the project Old Sorts Are “In” that tries to revive the Slovak varieties. In shops, consumers select the apple by sweet or sour taste, red or green, environmentalist Andrea Uherková of the TUZVO told the Pravda daily. However, the old varieties have a much bigger scale of flavours and colours, she added, presenting the wide variety to academy students. They ranged from Libernáč vinický, weighing about a pound (half a kilogram), to tiny Ananásová reneta (Pineapple Rennet), from country-wide forms to cultivar which can be typical even for just one village: Šimkovo apple cultivar, a yellow sweet-sour apple, can be found only in Adamkovské Kochanovce.

Uherková is the author of the project and a student of the Socrates Institute who also collaborates on the project White-Carpathian Apple Treasure (Bielo-karpatský ovocný poklad) which maps old orchards, mostly abandoned but still bearing fruits – which ends up in private distilleries.